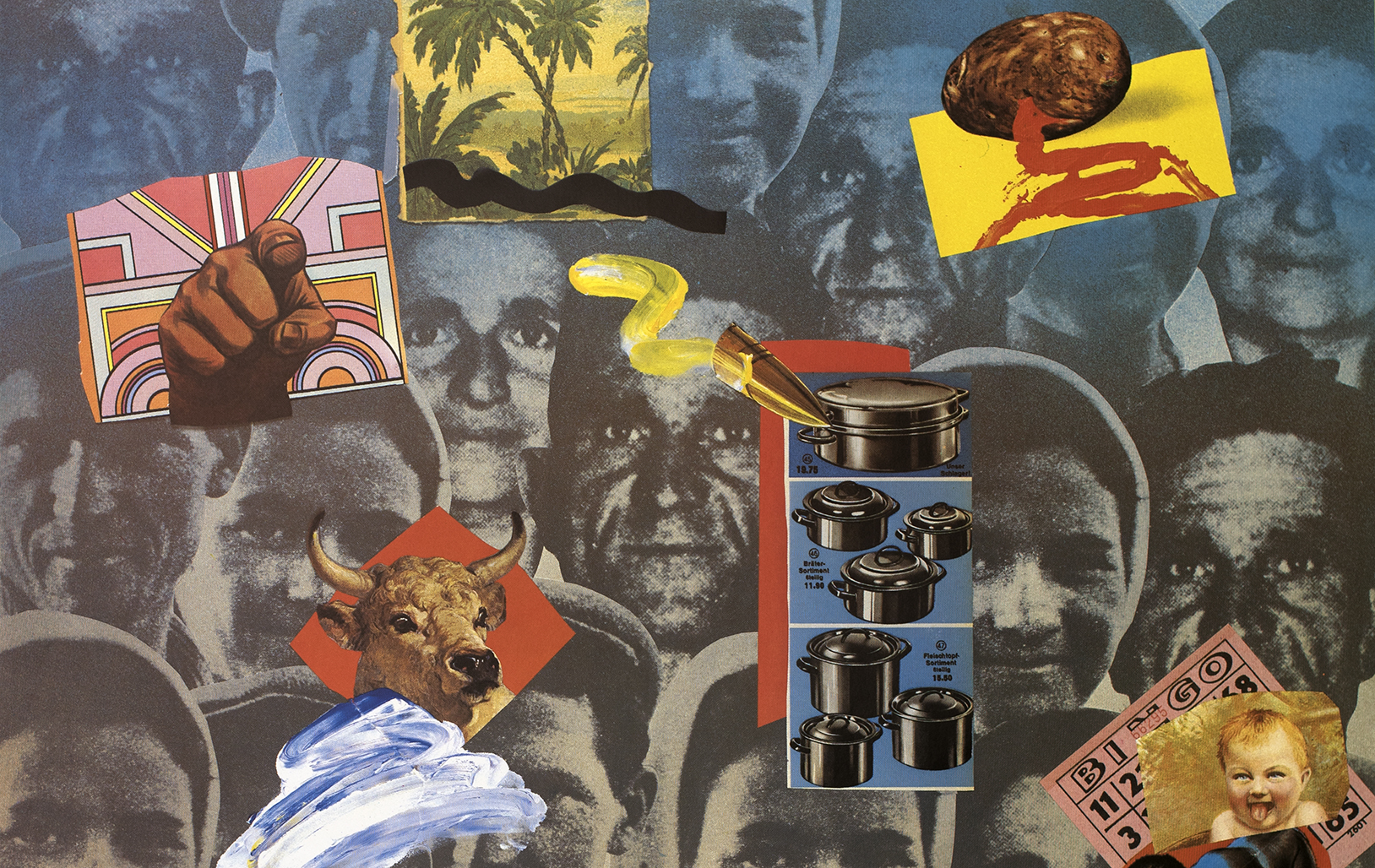 Heinz Edelmann (1934–2009), who became famous in 1968 for the character design in the Beatles' animated film Yellow Submarine, produced a body of work across the next four decades that was notable for its Expressionistic sensibility tempered by wit and humor. A series of posters in 1980s and 1990s for Westdeutscher Rundfunk (the principal public broadcasting station in West Germany) gained lasting cultural significance for politically bold graphics that were striking in their combination of whimsical, surreal, and sinister imagery. Edelmann had a long history of providing illustrations for periodicals, including Frankfurter Allgemeine Zeitung and the avant-garde magazine Twen. Books for the publisher Klett-Cotta were free-flowing designs that combined hand-lettering and illustration. Edelmann's distinctive contribution to visual culture has been recognized internationally in solo exhibitions in Europe, the United States, and Japan, including a Masters Series exhibition at the School of Visual Arts. The Heinz Edelmann Collection comprises 140 posters, 13 screenprints, and nine books.