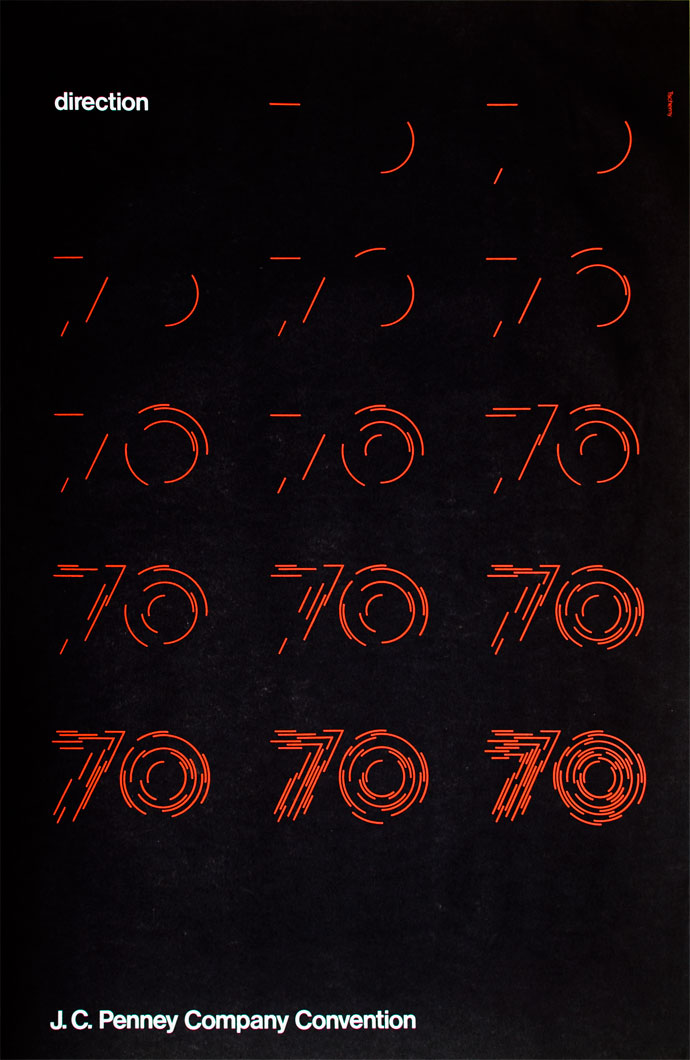 George Tscherny was one of the heraldic “here comes modernism” designers of the ’60s and ’70s: along with Chermayeff & Geismar, his name seemed to be high on the shortlist when design became a hot item in the boardroom—though the bigwigs did not necessarily always follow through with a whole, or lasting, campaign. A lot of work may have come out of this when it happened at Pan Am, but it too was a painfully limited effort—but more about that in a later post. This poster was for JCPenney. In the late-1970s, the company was transitioning from an American general merchandiser (in the mode of Sears) to a streamlined department store with a closely integrated catalog business. It was a long transition: the current logo, set in Helvetica Light, had been adopted in 1971, but it wasn’t until the end of the decade that the packaging received a comprehensive modernist remodeling. That year their design director, Bill Bonnell, felicitously met Bart Crosby and the partnership resulted in a sharp uptick in the quality of their packaging. 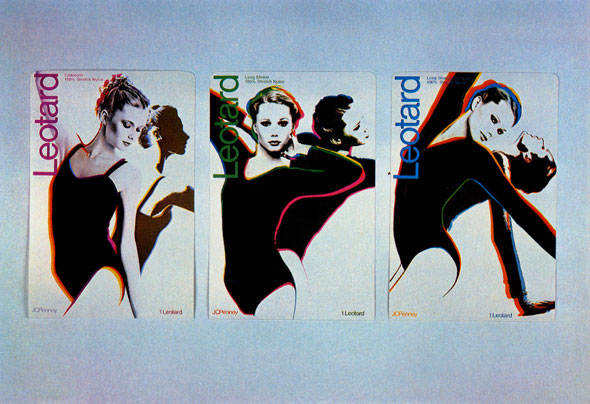 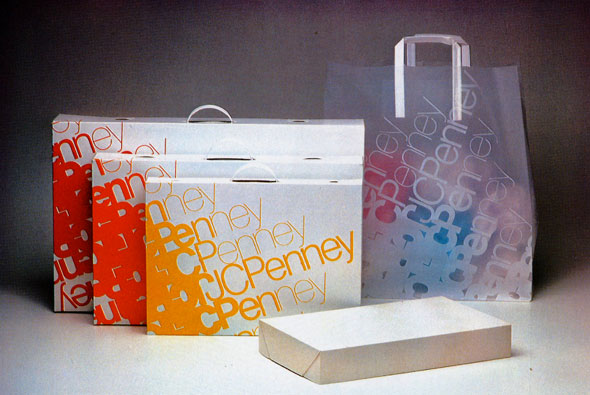 But it didn’t stick, I guess. JCPenney won nine AIGA awards, but all of them originated in 1979.