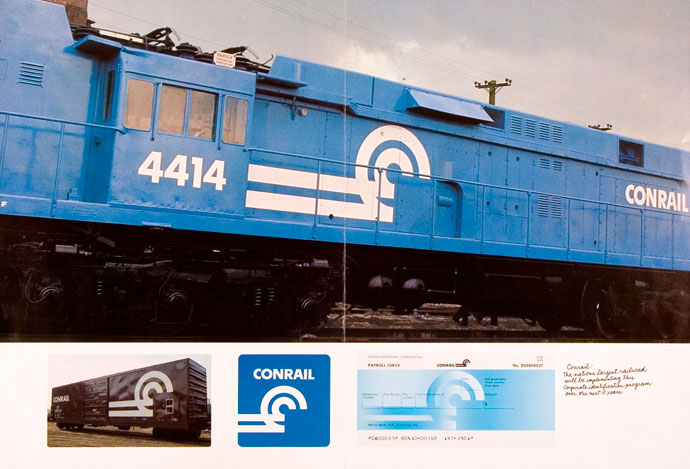 A stricter side of Palladino

Tony Palladino worked for Siegel & Gale in the mid-1970s — one of the accounts he worked on was Conrail, a new railroad organization created by the federal government. Though he is most closely associated with playful, illustrative work, Tony Palladino was also capable of putting together rigorous, corporate identities in the modernist mode that was fashionable in the seventies—prized at the time for their supposed permanence. The hand-written notes in this brochure Siegel & Gale put together for the identity say that it will be implemented “over the next 10 years.” 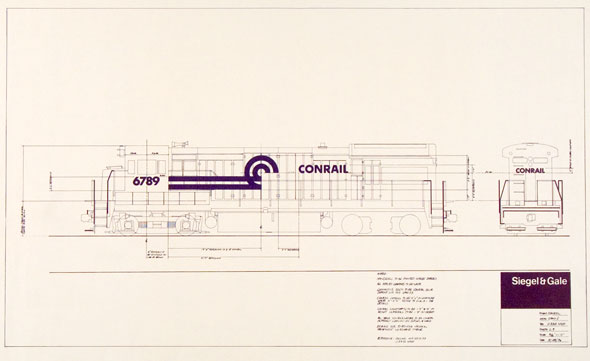 The sober sturdiness of the logotype nicely fits Conrail’s mission: incorporated in 1976 as a bailout measure, it absorbed insolvent railroad companies. This marque lasted admirably: it remained in use until the railroad, having turned an unprofitable railway system around, returned to private sector in the biggest IPO in history in 1986, and eventually parceled off its track to other companies in the late-1990s.