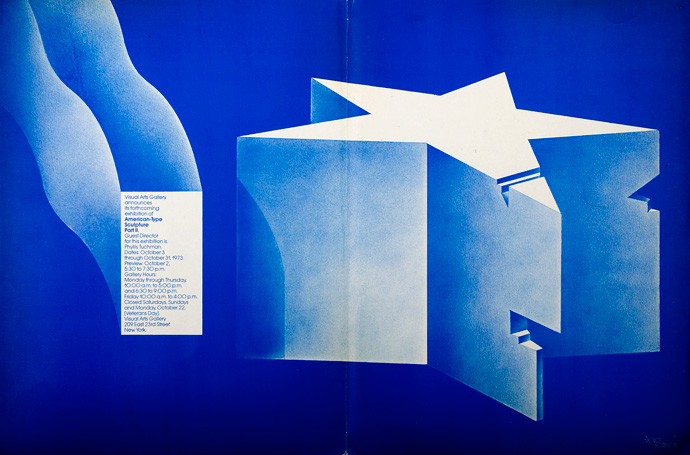 Poster for the exhibition American-Type Sculpture, Part 2, at the Visual Arts Gallery in 1973.

As a guest curator at the Visual Arts Gallery, Phyllis Tuchman put together American Type Sculpture, a show in two parts (with a wink to Clement Greenberg). 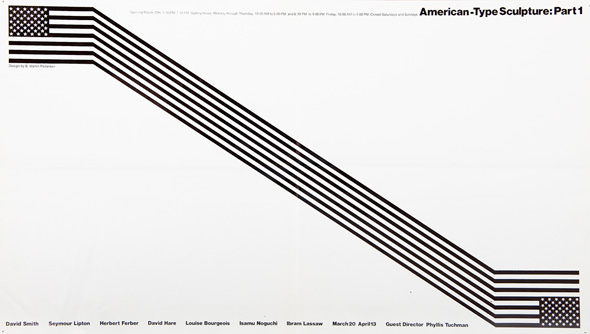 The contributors were an impressive bunch: Louise Bourgeois, Dan Flavin, Donald Judd, Sol LeWitt, Isamu Noguchi, Richard Serra, and Robert Morris—some of whom would feature prominently in Tuchman’s 1981 book on Minimalism. She would go on to write the catalogue for a major Flavin retrospective at the National Gallery of Art in 1988. Larger versions.