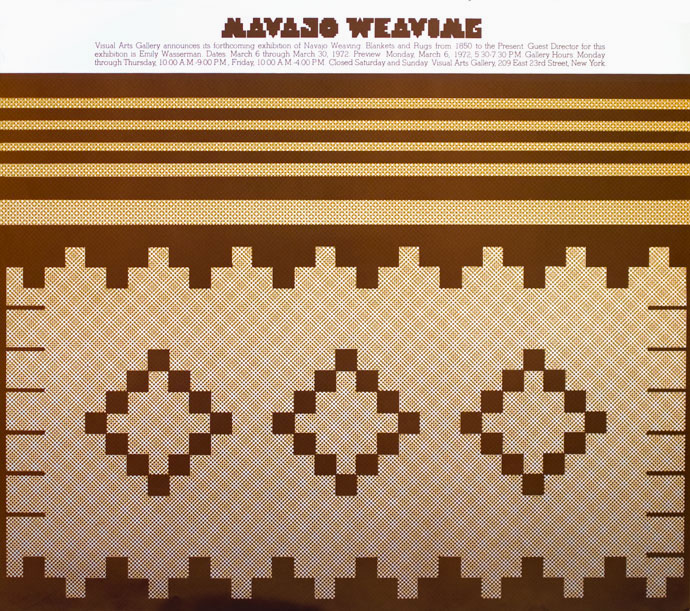 Another side of the Visual Arts Gallery

In the 20 March 1972 issue of New York, Barbara Rose included a capsule on the exhibition:

Continuing a stimulating exhibition program at the School of Visual Arts gallery (209 East 23rd Street), Emily Wasserman has put together a really stunning collection of Navajo Rugs, many owned by New York’s best known abstract painters. Comparing these designs with current color painting raises interesting questions regarding the dividing line between the fine and applied arts that merits further discussion.

Perhaps this was the precusor for The Navajo Blanket, a show curated by Anthony Berlant and Mary Hunt Kahlenberg at the Los Angeles County Museum of Art, which opened on 27 June 1972. There was a recurring interest in this folk abstraction and its apparent appeal with famous painters (Jasper Johns, Frank Stella, and Donald Judd loaned items to the show; even Roy Lichtenstein apparently owned them) — the LACMA show travelled to Houston, Brooklyn and West Germany. Similar shows would appear in London and Amsterdam in the following years. 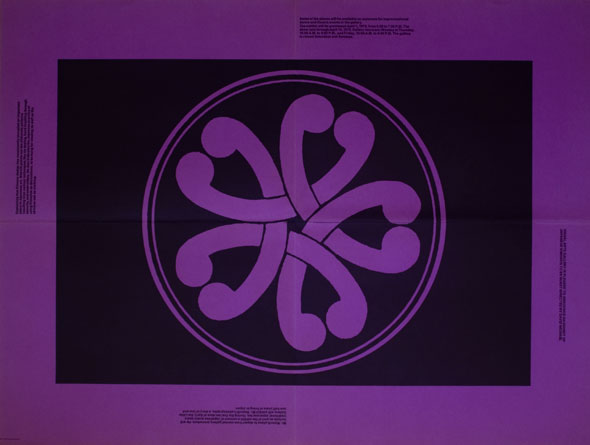 Similar concepts would reappear at the Visual Arts Gallery throughout the 70s, including Japanese Kimonos, in which curator David Weinrib announced the beginning of this “departure from normal gallery procedure”:

He will include as part of the exhibit a concert of Japanese music and a traditional Japanese tea … Explaining that Kimono design has consistently occupied an important place in Japanese art, Weinrib points out the elaborate patterns resulting from various techniques like tie dyeing, hand brushing through stencils, and embroidery. He also indicates the Japanese practice of using Kimonos as decorations, to be hung for viewing as well as the obvious use as clothing … Some of the pieces will be available as costumes for improvisational dance and theatre events in the gallery. 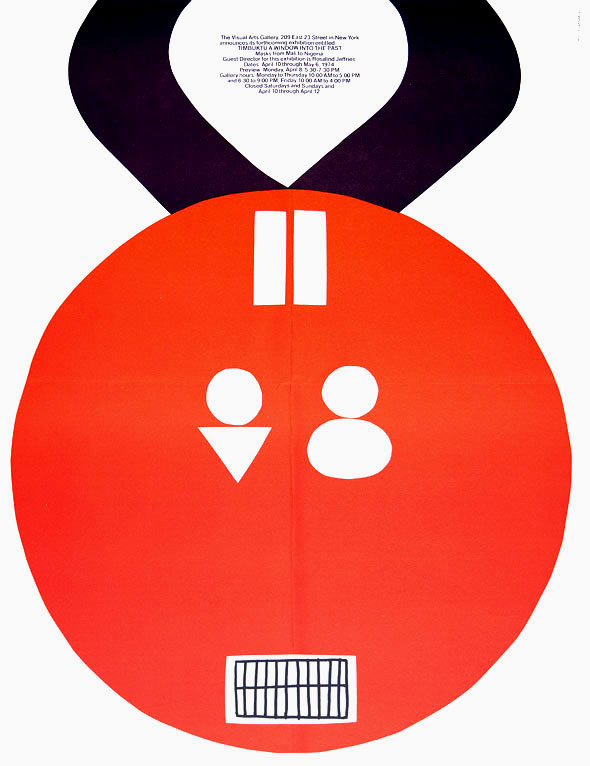 SVA Collection: RG2.236. Timbuktu A Window Into The Past: Masks From Mali to Nigeria. Curator Rosalind Jeffries. Poster by Cristos Gianakos. April-May 1974.