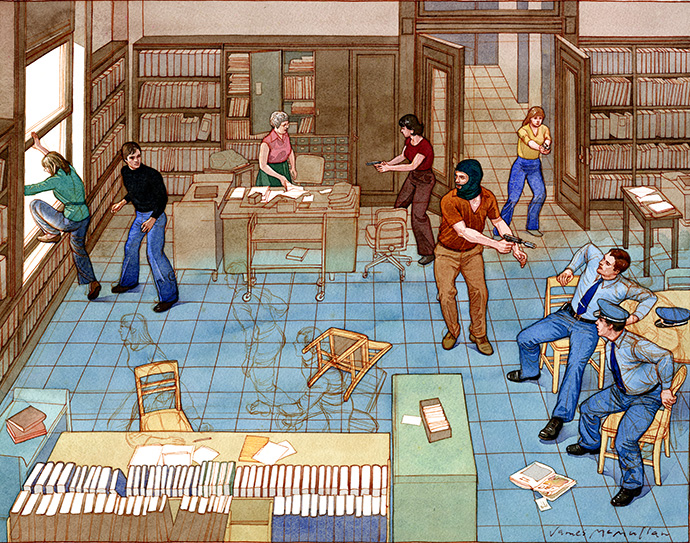 I had the great pleasure of visiting James McMullan at his studio a couple of weeks ago; we’ll be adding a many more beautiful pieces of original art, as well as print samples, to the McMullan Collection in the Archives – more on that to come! In the meantime, I thought I’d revisit one of my favorite projects of his, a 1978 illustration for an Esquire article on the Baader-Meinhof Group’s escape from a Berlin library. The materials in the Archives detail McMullan’s process step-by-step, showing exactly how he composed and executed the complicated tableau.

McMullan described his inspiration for the art in an essay for Revealing Illustrations (Watson-Guptill, 1981):

`When I read the manuscript by Jon Bradshaw, which described the details of how Andreas Baader, the imprisoned gang leader, and four accomplices, engineered an escape from a room in a heavily guarded library, my mind sped back over the years to a diagram I had seen in True Detective magazine. The diagram showed where Lana Turner’s lover, Johnny Stompanato, had been stabbed in her bedroom and where his body had fallen. With a series of crude drawings and dotted lines, it also showed the subsequent movements of Lana and her daughter Cheryl in the room. The drawing was a cutaway view that let you see into the room as though you were a child playing with a dollhouse, with all the walls intact but the roof removed. I recall looking at the drawing for a long time thinking about what had gone on, particularly all the parts of the story that I was convinced were being left out by the magazine.

With that memory in mind, McMullan outlined his general ideas for the true crime scene.

Then he staged the scene and took photos (which featured a special guest appearance by the Pratt Library, chosen because it contained a balcony, and Pratt students). 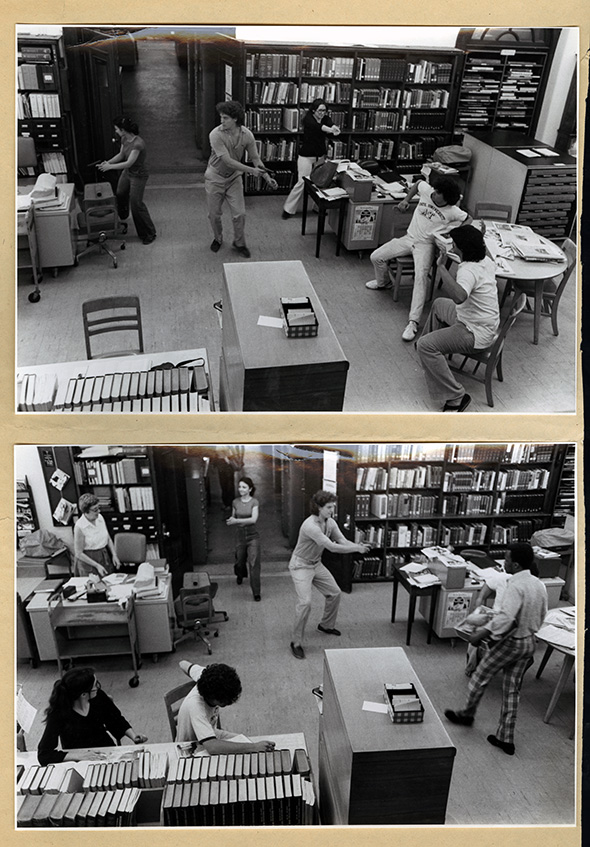 He also took photos at home to model the window escape.

A new sketch based on the photos includes all the figures in position and some ideas about color. 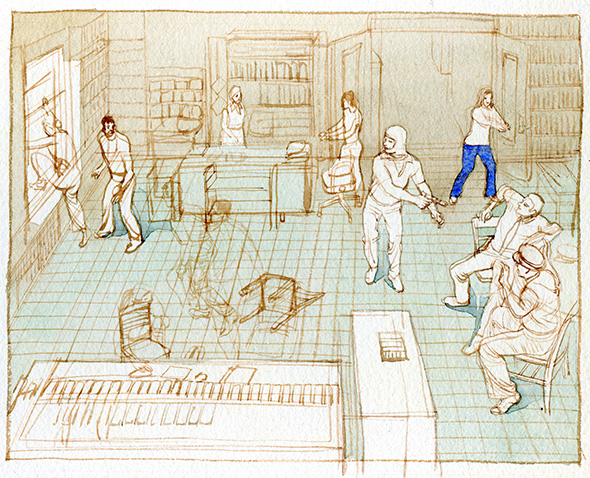 The final art (at top) incorporates the diagrammatic nature of the sketch, placing the figures on a grid (a recurring McMullan motif) to emphasize the ghostly before and after movements of the Baader-Meinhof gang.