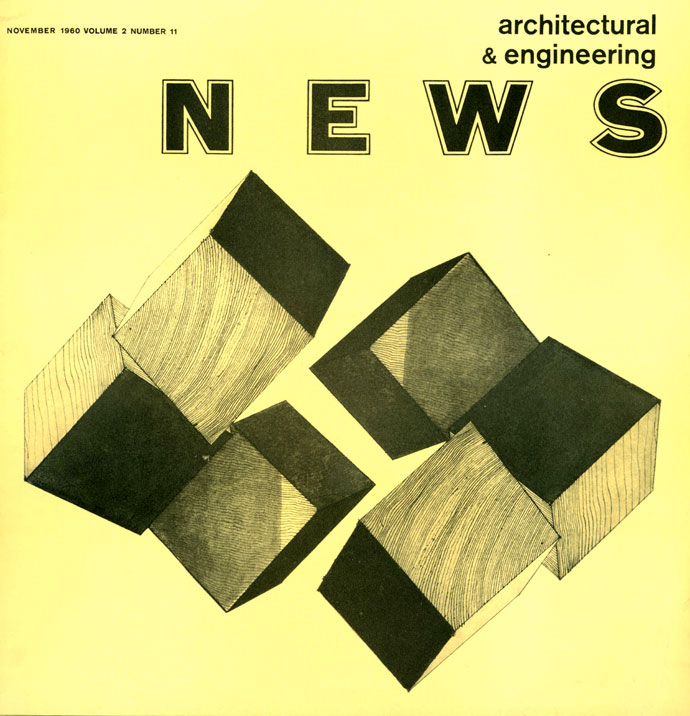 For a brief period in the 1960s, Tony Palladino and the great illustrator R.O. Blechman worked together as Blechman Palladino. One of the best examples of their combined sensibility appeared in their covers for Architectural & Engineering News. Though neither Palladino’s often-used sloping script, nor Blechman’s characteristic squiggly illustrations, appear here, their wit comes through nevertheless, in thoughtful and economical graphics and seasonal patterns. 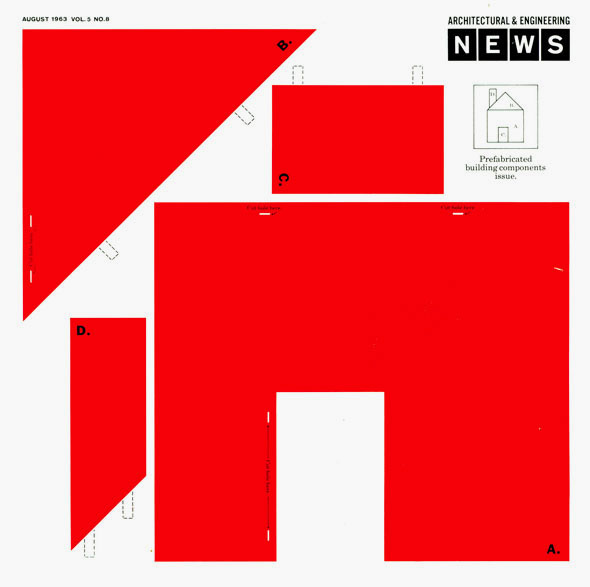 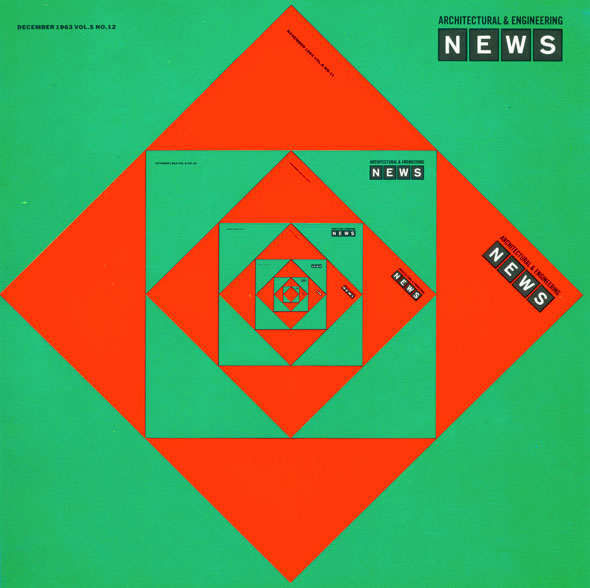 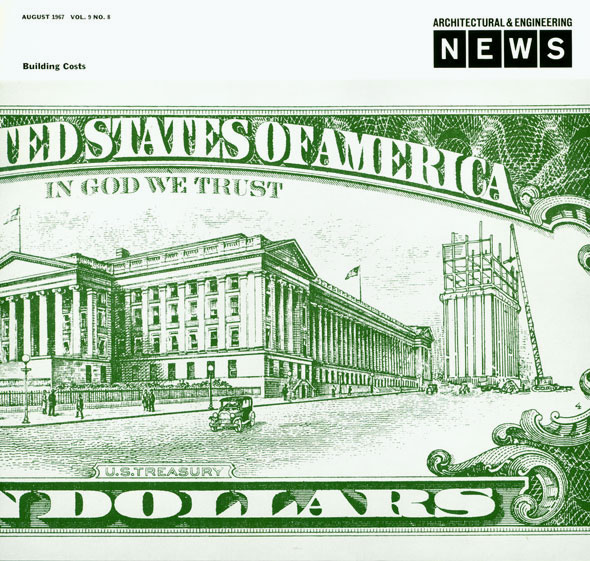