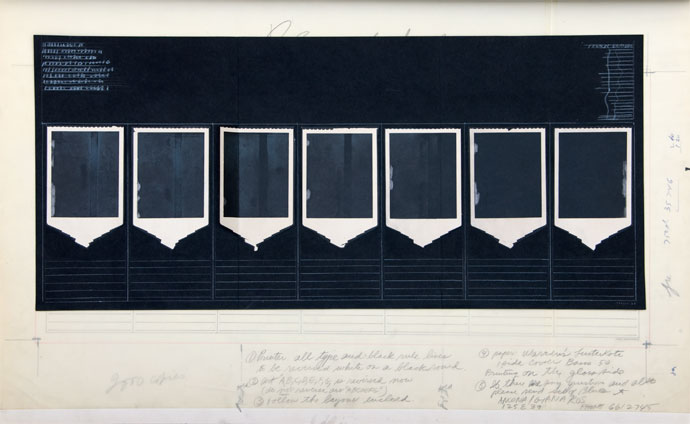 While we have yet to unearth the final exhibition poster, we do have a sketch and mechanical, which indicate the poster was printed in white on black. Here’s the mechanical in reverse.

Right around the same time, LeWitt showed his wall drawings in a solo show at Dwan Gallery. 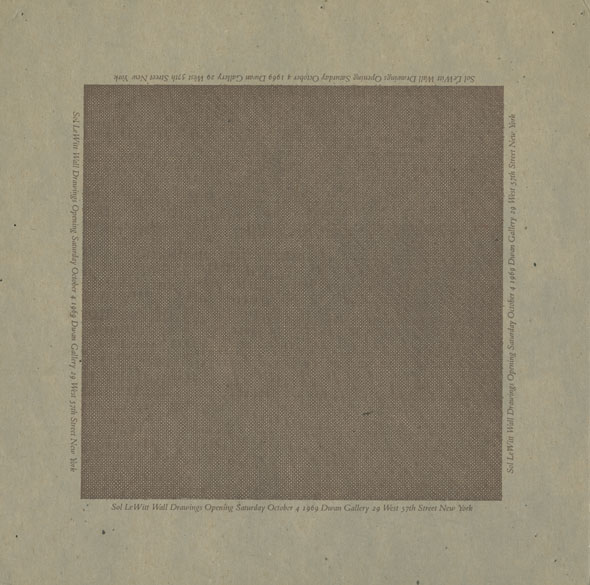 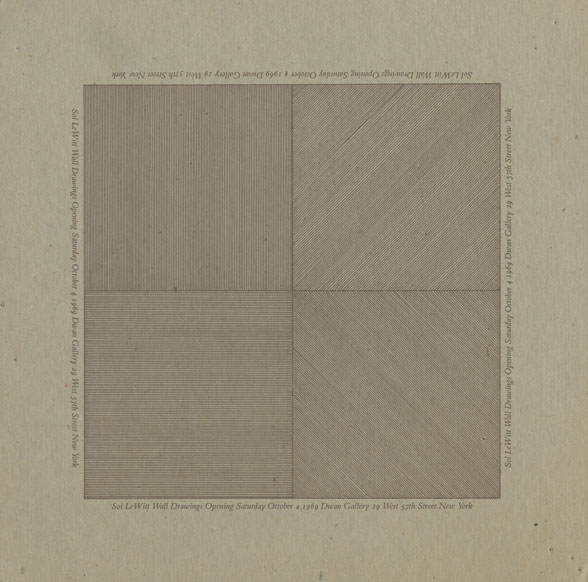 In 1970, LeWitt participated in another group show at SVA curated by Marsha Tucker composed of paintings and drawings from “the threshold of visibility, involving a conscious effort by the spectator to discover the image.” Naturally, the exhibition poster is nearly impossible to see, but here it is for the record. 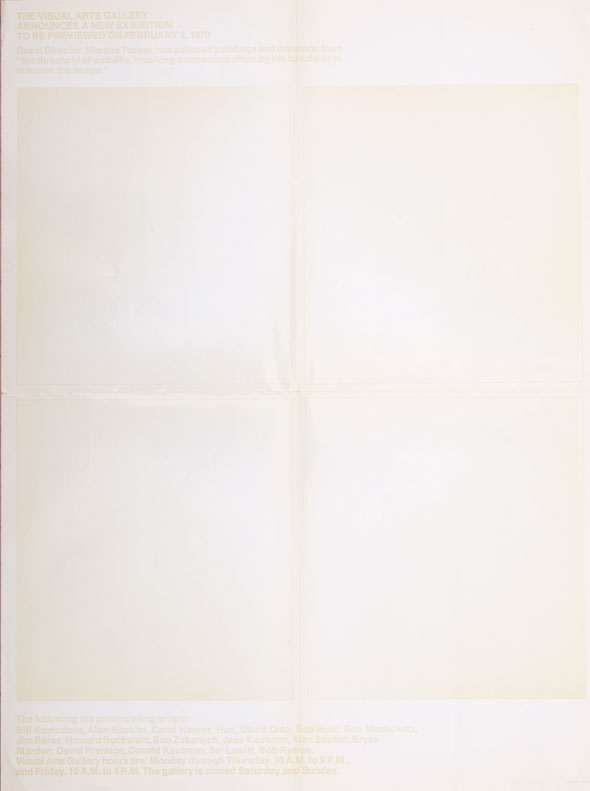 Finally, in 1976, Lewitt participated in another group exhibition, called Line, at SVA’s Visual Arts Museum. The show was curated by Janet Kardon and also featured the work Dan Flavin and Cy Twombly, among others. Just a couple of months later, LeWitt’s All Combinations of Arcs from Four Corners, Arcs from Four Sides, Straight Lines, Not-Straight Lines and Broken Lines was exhibited at SVA.