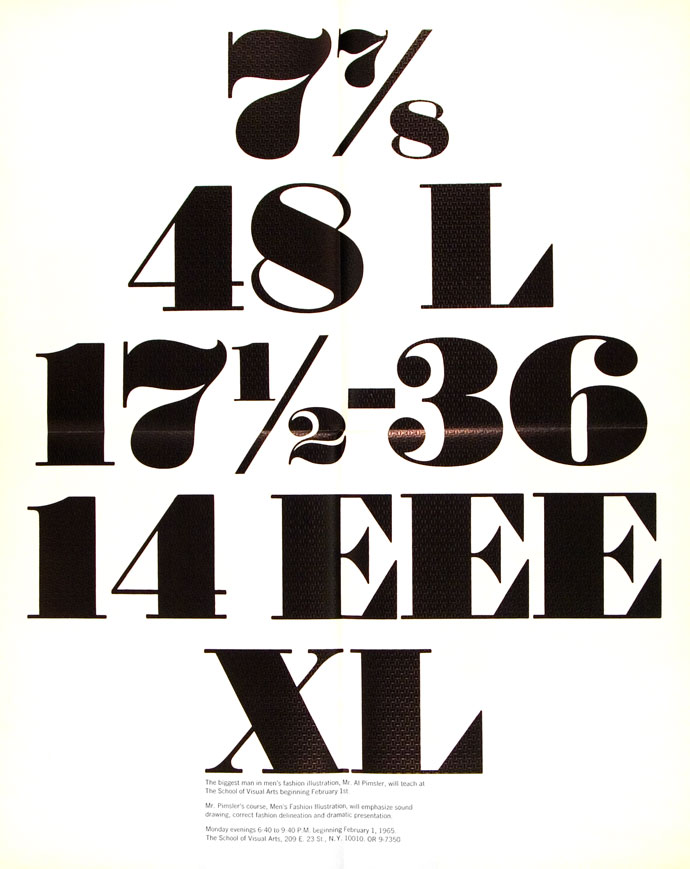 Evening courses at SVA were conceived as a pathway for students to gain experience that would make them employable, or for professionals to expand or refine their skills. Fashion illustration was one of the many marketable trades offered by SVA in 1960s. In 1965, Al Pimsler taught a course devoted to men’s fashion illustration that emphasized “sound drawing, correct fashion delineation and dramatic presentation.” 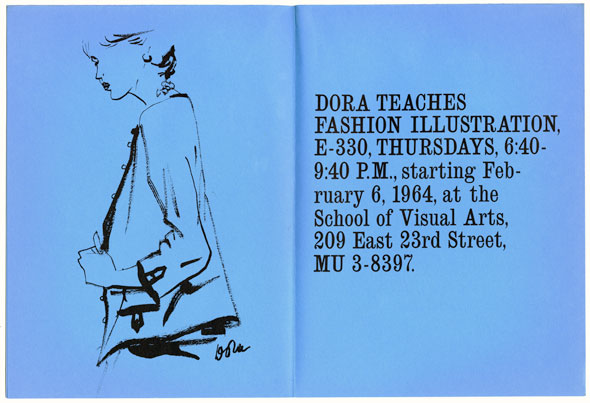 Dora Mathieu was the head of the Fashion Illustration Department at SVA and also taught at Parsons. After piecing together some sketchy documentation here at the Archives, I discovered that Dora’s work was exhibited at SVA’s Visual Arts Gallery in October of 1964. A partial proof for the exhibition announcement reads:

All my life when I’ve seen a face from a bus, I had the compulsion to put it down then and there. I love the passing scene and it’s a privilege to record it graphically.