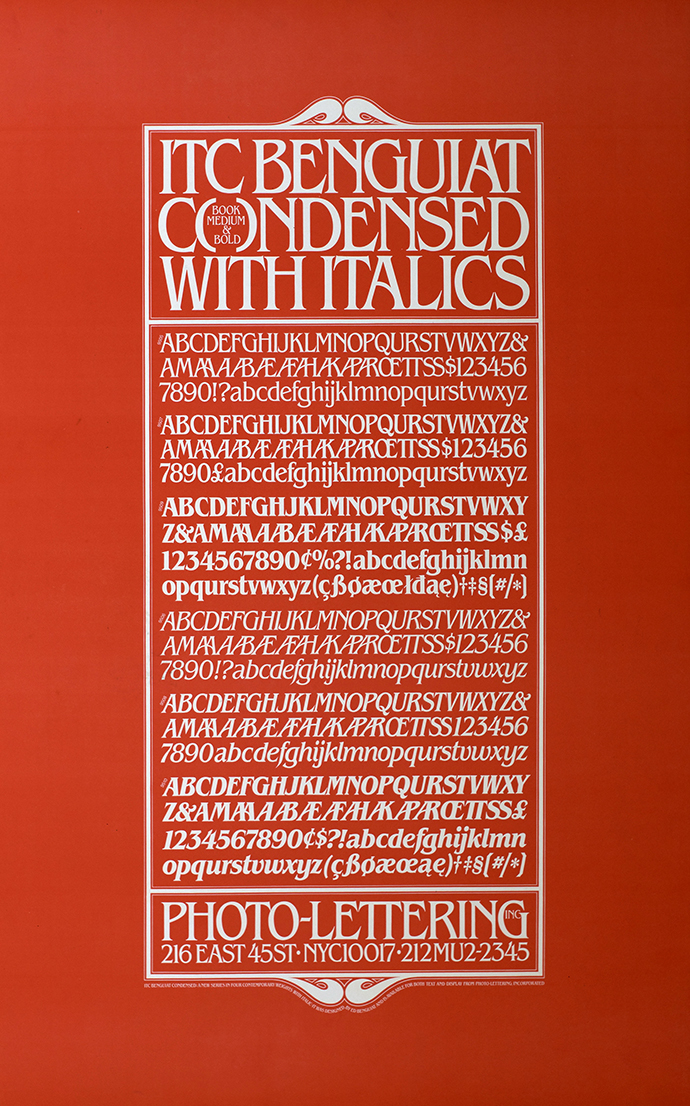 We were so pleased to receive work from legendary typographer Ed Benguiat, including original lettering and many print samples of his typefaces in action. Benguiat has created more than 600 typefaces over his career, including Bookman, Souvenir, Barcelona and Benguiat Gothic. Benguiat became the typographic design director of Photo-Lettering Inc (PLINC) in 1962 and in 1971 played a critical role, along with Herb Lubalin, Aaron Burns and Ed Ronthaler, in the establishment of the International Typeface Corporation (ITC), the first independent licensing company for type designers. Benguiat eventually became Vice President of ITC, and he partnered with Lubalin to found U&lc, ITC’s magazine. Benguiat is also responsible for designs or redesigns for logotypes for Esquire, The New York Times, McCall’s, Sports Illustrated and The San Diego Tribune, among many others. A longtime SVA instructor, Benguiat began teaching at the College in the mid-1960s. 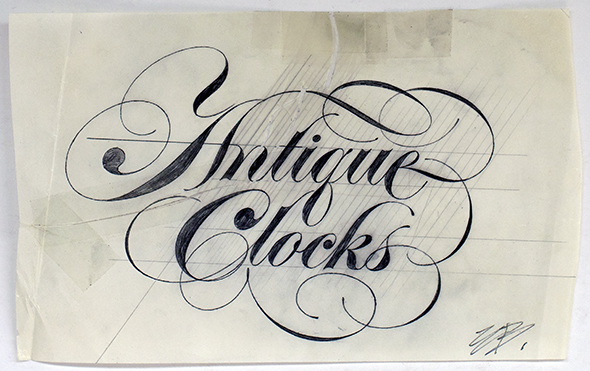 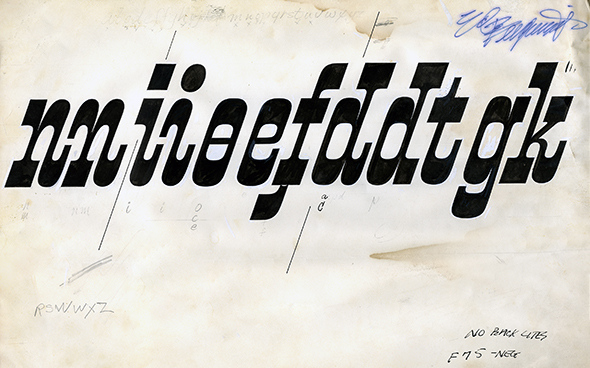 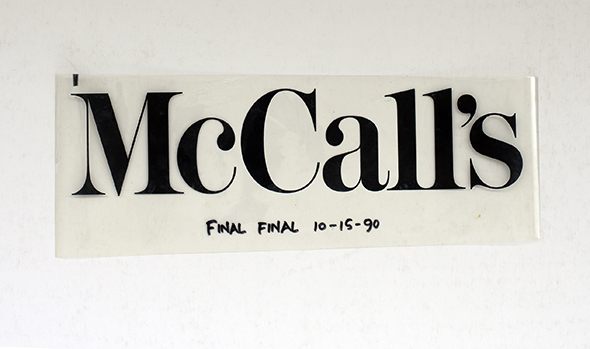 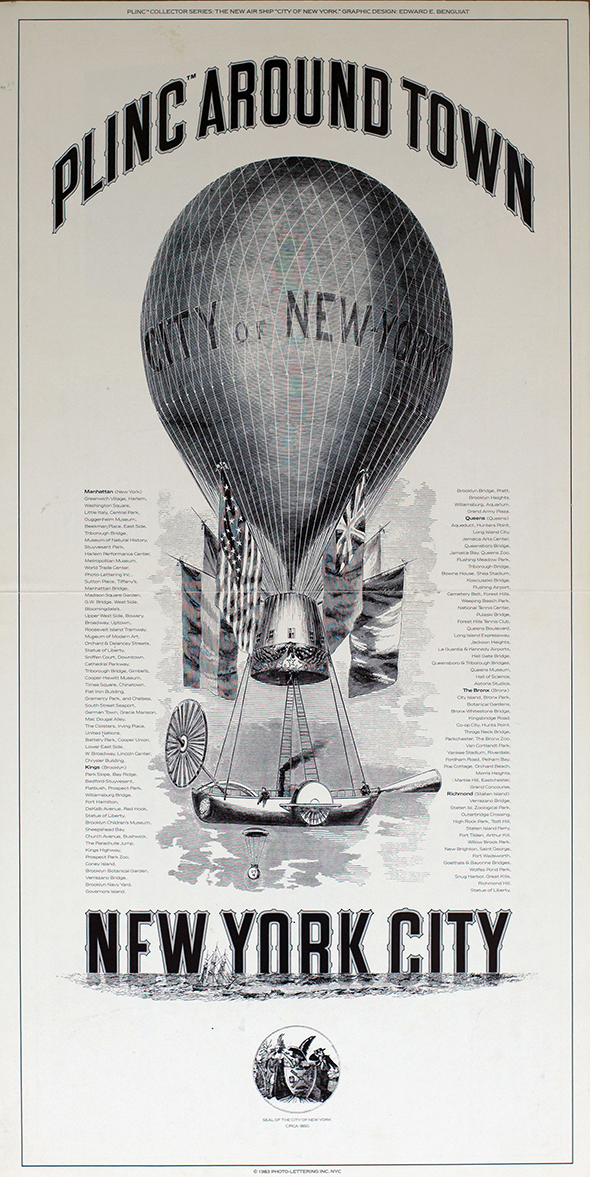 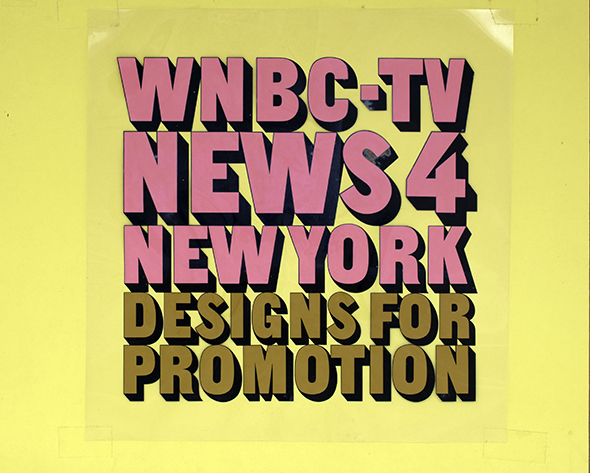 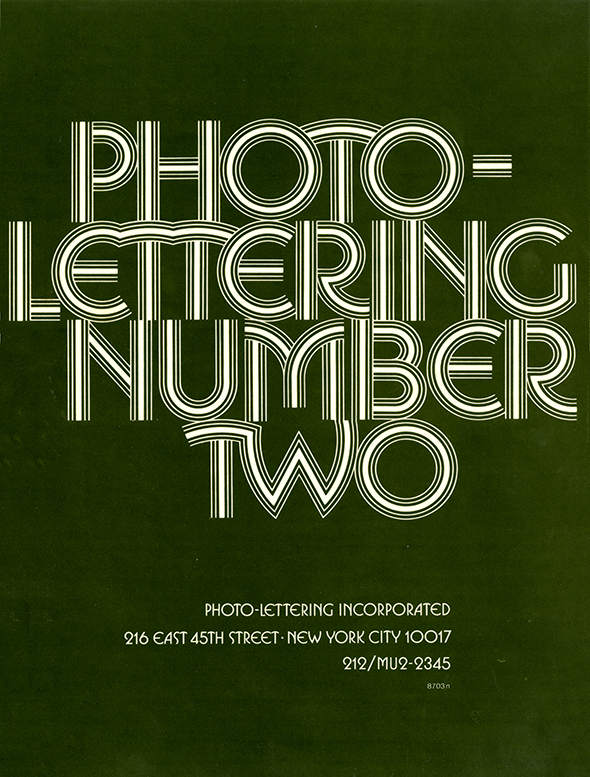