Direct from Stuttgart, we’ve received 151 posters and 9 books from the truly delightful Heinz Edelmann. Edelmann is best known as the influential art director of The Beatles’ film, Yellow Submarine. He’s worked in Germany, England and the Netherlands since the late 1950s, doing design, illustration, advertising and animation. He’s always worked on his own, without assistants, and has had the freedom to create a new technique or style for each project, depending upon its needs. “I was always a one-man band,” Edelmann has said. “I was my own art director, illustrator, designer and paster-uper and I also swept the floor and made the coffee.”

He produced many posters for the German radio station Westdeutscher Rundfunk (WDR), as well as significant book covers for Klett-Cotta, and illustrations for magazines including the Frankfurter Allgemein Zeitung and Willy Fleckhaus’ 1960s magazine icon, Twen. Here are some samples from the collection: 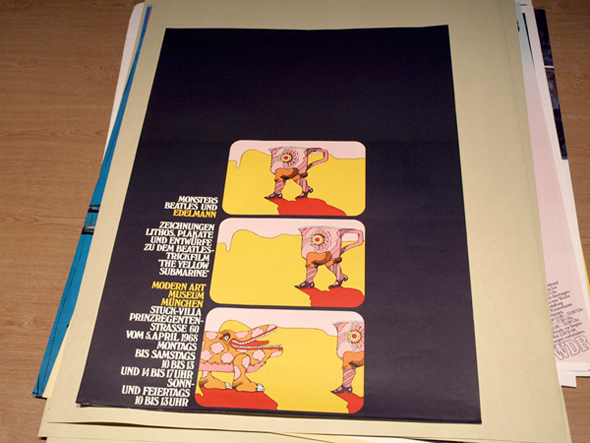 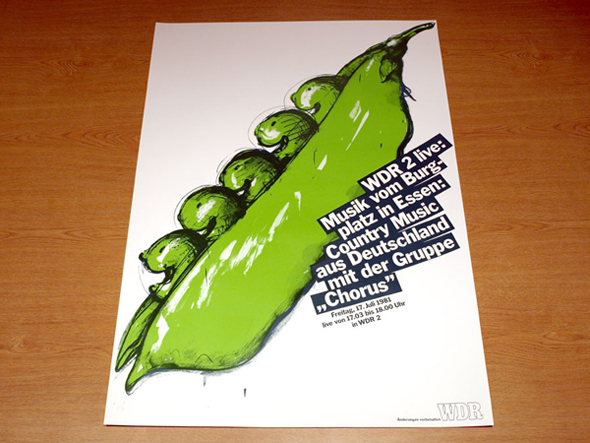 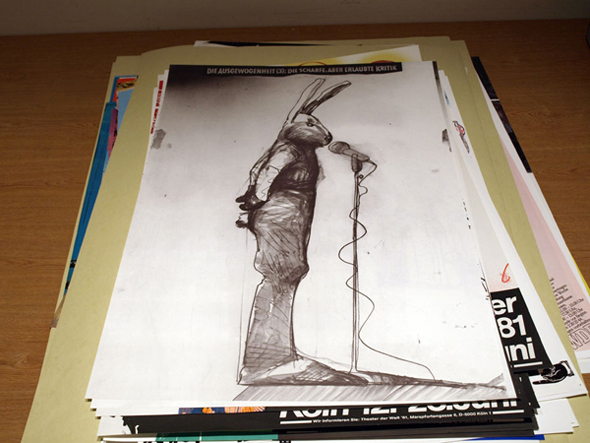 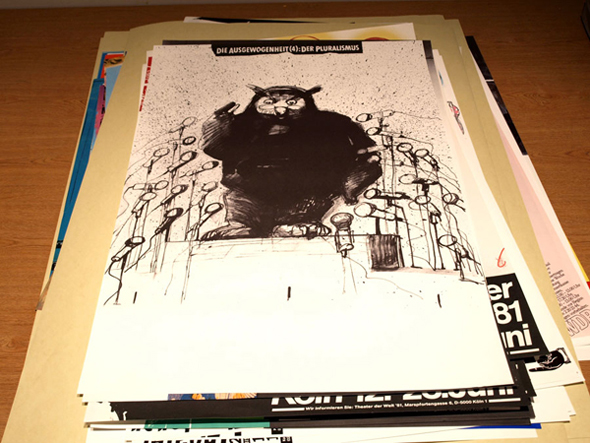 Posters for a WDR give-away. 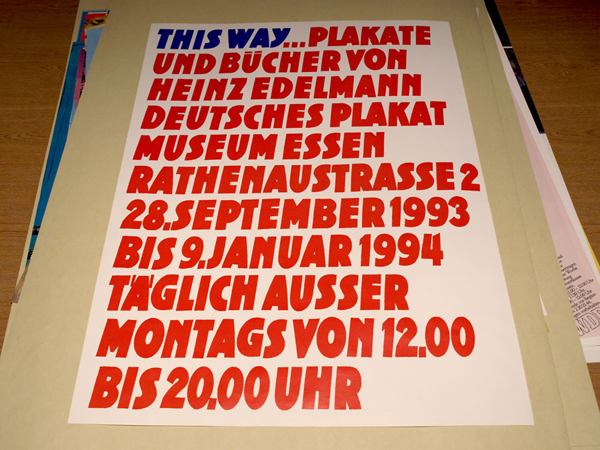