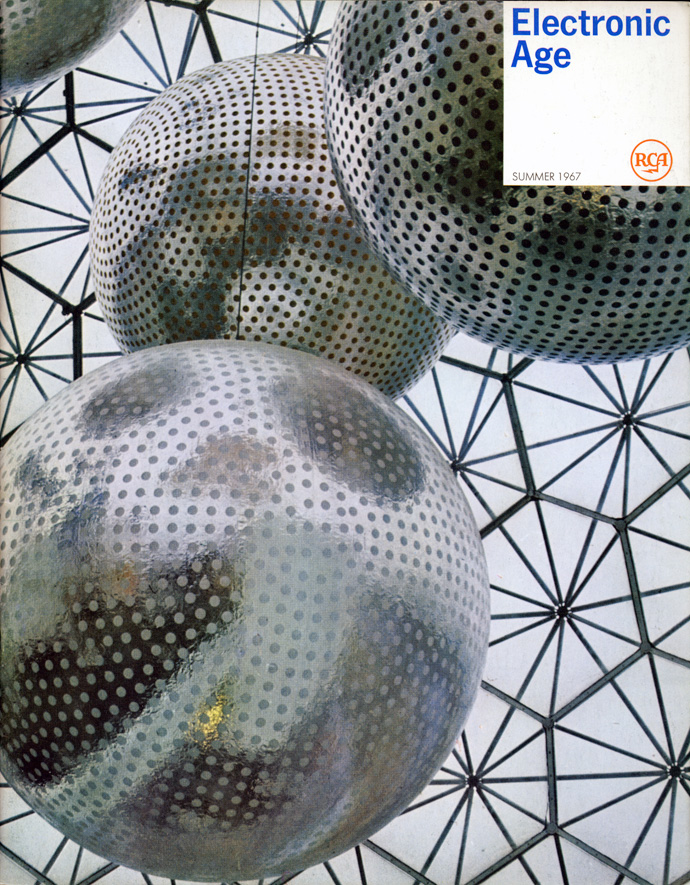 While the enduring symbol of the US presence at Expo 67 in Montreal is probably Buckminster Fuller’s dome, I find myself continually returning the masterminds of the operation, the Cambridge Seven, who designed the US Pavilion at the behest of the US Information Agency.

This 1967 issue of Electronic Age (published by RCA) contains a feature on the “Man in Control?” exhibit, which examined the history of human communication. Electronic Age was designed by Henry Wolf, and he was also responsible for several photos in the issue. (Wolf’s photo of the air density satellites suspended from Fuller’s dome is featured on the cover.)

“Man in Control?” sent visitors through a tunnel that began with cave drawings and prehistoric voices, continued through a elaborate section of floating blocks representing the evolution of printing (see below for photo, taken by Wolf), and ended up in the mystical information age – computer tapes, unintelligible electronic beeps and all. A kind of pre-Yelp system was featured: “To illustrate a storage and retrieval system, a computer was programmed with a wealth of information on the Expo itself; thus, the fair-goer can, for example, call on the computer’s help in deciding where to have lunch and be presented with a choice of pavilions, menus, and prices.” 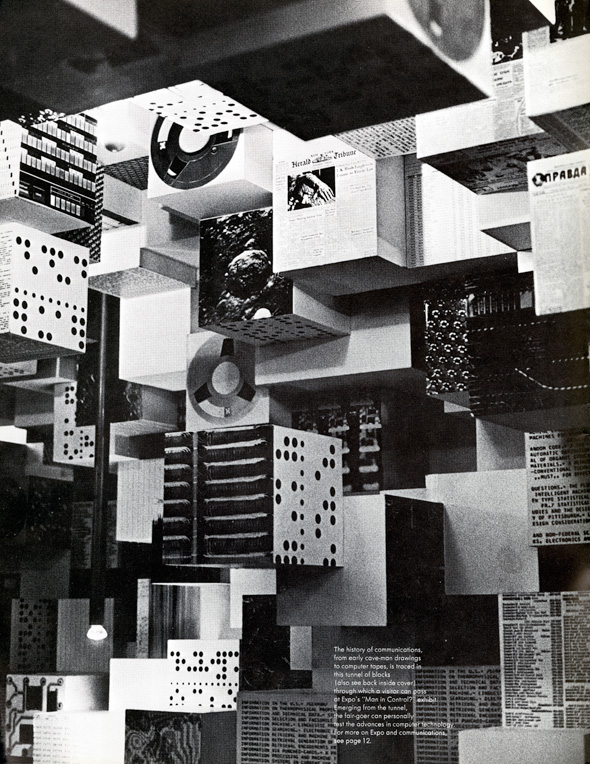 For $1, Expo 67 visitors could experience a simulated space voyage in the Gyrotron, which was located in La Ronde, an amusement park constructed for the Expo (La Ronde still exists, though the Gyrotron was dismantled many years ago.) 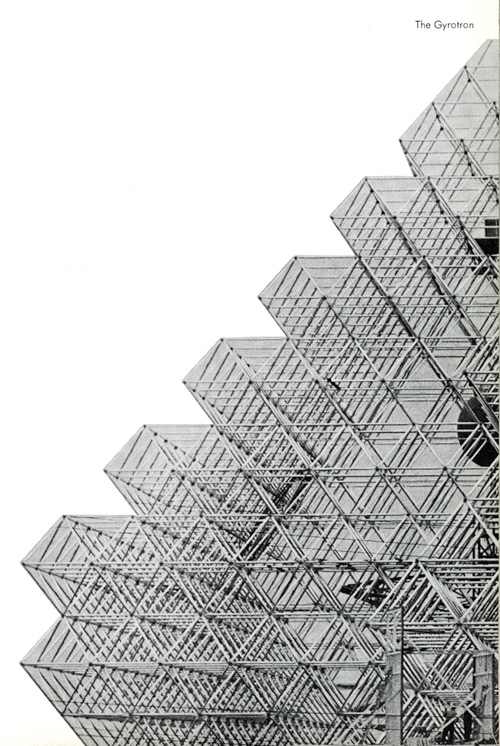 Photo of the Gyrotron from Electronic Age, 1967.

The article includes one other photo from the Expo, a partial view of the stacked Japan Pavilion. It’s instructive to see a greater range of the ambitious and expansive structures that were on view, but this may be the time to revisit my parents’ stash of slides from the Expo. 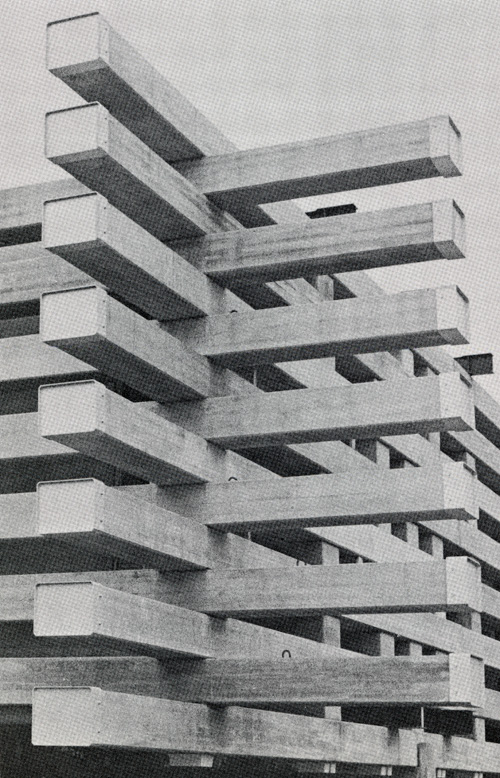 Photo of the Japanese pavilion from Electronic Age, 1967.