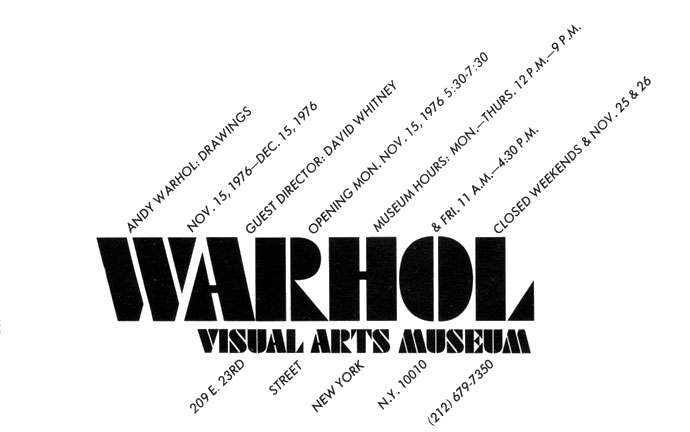 From mid-November to mid-December of 1976, Andy Warhol exhibited (for the first time, according to the press release) the drawings from his “Hammer and Sickle” series, conceived earlier that year. The legend goes: Warhol was cruising around Italy admiring the Communist graffiti, and, upon returning to New York, decided to paint some of their iconography. But the two-dimensional hammers and sickle icons in books didn’t suit him, so he had an assistant go and pick up a couple of real, physical ones and he set them about the studio, making sketches and taking photos. (One delicious detail of this approach is that the sickle is imprinted with its commercial brand name.)

The show, curated by Warhol’s longtime friend and supporter David Whitney, was hung staggered across the walls (in a manner familiar in his series work of this era): 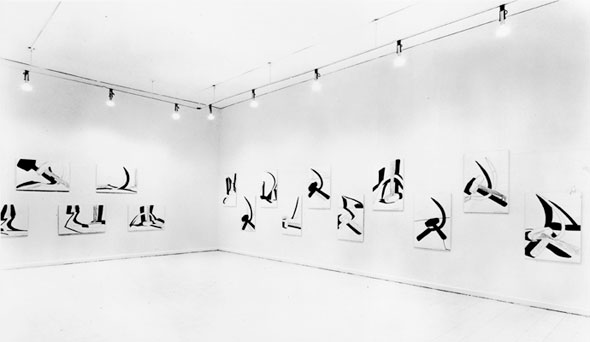 The Andy Warhol Museum notes that the “Hammer and Sickle” silkscreens (based on photographs by his assistant, Ronnie Cultrone) were first exhibited at Leo Castelli in 1977 under the ambiguous title “Still Lifes.” The show at the Visual Arts Gallery at the end of 1976 was officially called “Andy Warhol: Drawings.” 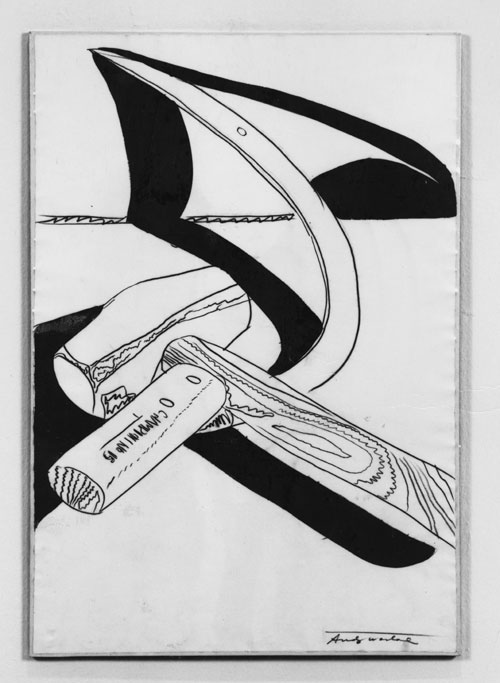 In Holy Terror: Andy Warhol Close Up, Bob Colacello recalls how Warhol’s work leading up to this point was beginning to seem too tame. Of his “Athletes” series, he says: “They were shown in New York, London, Toronto, and Cologne, but everywhere the art critics yawned and the sports fans wondered why Andy had painted O.J. Simpson in pistachio and cantaloupe.” He saw some commercial redemption in the “Hammers”:

Andy’s most successful show of 1977 was of his least obviously commercial series, the Hammers & Sickles, at the Daniel Templon Gallery in Paris. These were a tongue-in-cheek response to the Marxist analysis of his work by Italian critics. In Andy’s hands, the tough symbols of Communism were turned into stunning still lifes, beautiful enough for capitalist titans like Gianni Angelli to buy for their palatial walls. The show sold out despite—or perhaps because of—the opening’s being invaded by three hundred Parisian punks in leather, rubber, chains, and razors. Templon served raspberry sorbet and Chablis. The punks used the former to scrawl HATE and WAR on the gallery walls and chugged the latter so rapidly they were soon vomiting it all over the gallery floor. Andy hid out in the inner office, and when a couple of young nihilists began peeing pink sherbet and white wine in the vicinity of her bejeweled shoes, São Schlumberger cooly said, “I think I’d be better getting my dinner at Versailles.” When I told Andy, still in his hiding place, he laughed a little and then said, as if noting a new look at the couture collections, “Pee is getting big, Bob.” (340)

I have no idea what is going on with the smears on the photographs of works before the installation, but they look kinda like the photos themselves been washed at some point with color, rather like the original “Hammer” silkscreens: 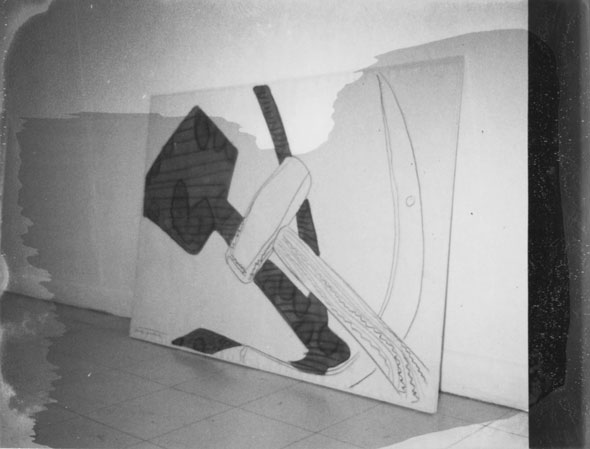 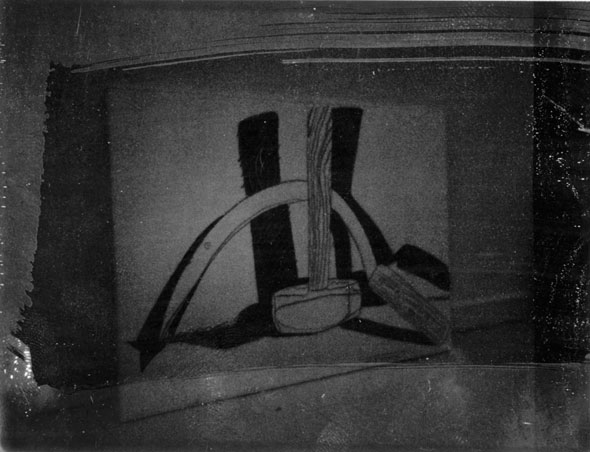 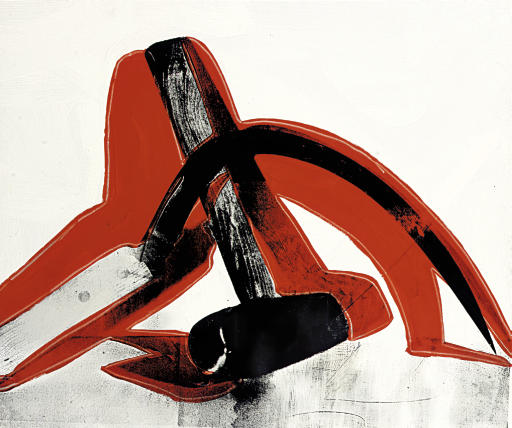 From Christie’s. Hammer and Sickle, 1976. Synthetic polymer, silkscreen inks and acrylic on canvas. 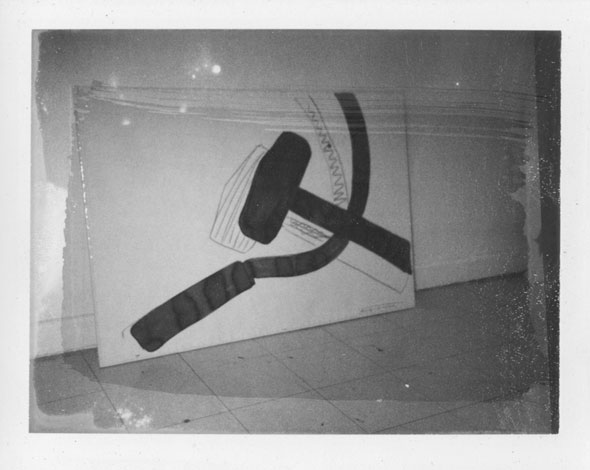