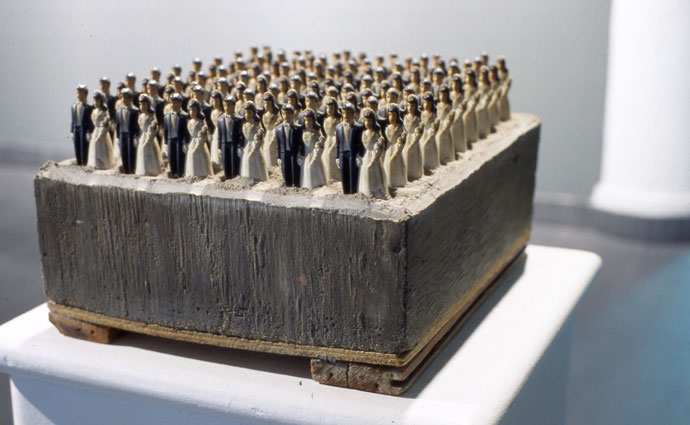 In honor of summer wedding season we bring you Tony Palladino’s poster for “The Wedding Party.” 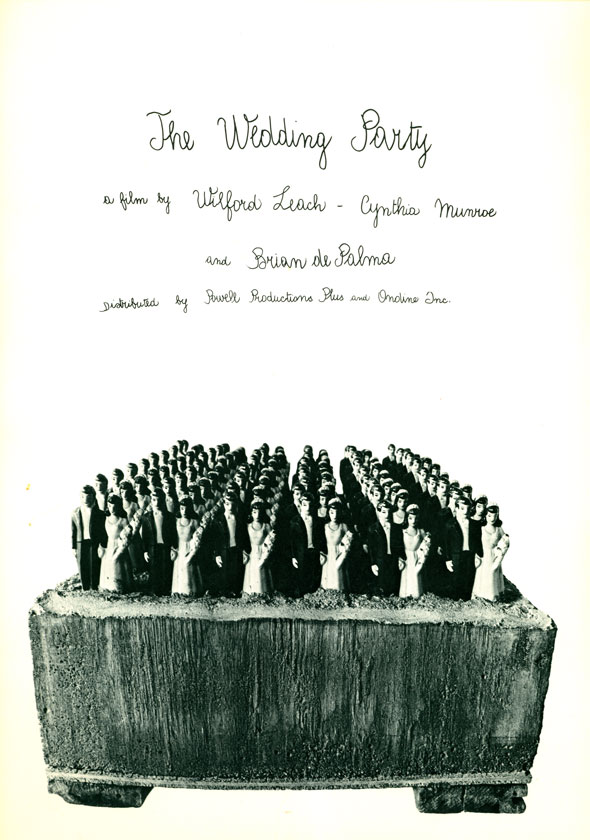 “The Wedding Party” was mostly notable as one of Brian DePalma’s earliest works; it also featured the first screen appearances of Robert DeNiro and Jill Clayburgh (the film was shot in 1963 but not released until 1969). The poster’s not-quite-perfect cursive handwriting reads like a wedding invitation gone slightly awry. The wonderfully perverse image demonstrates Palladino’s mastery in bringing mundane found objects into service as sculpture. He created the cement base himself and arranged the bride and groom cake toppers mass wedding-style; a detail view of the sculpture reveals the couples are already sinking. Till death do they part! 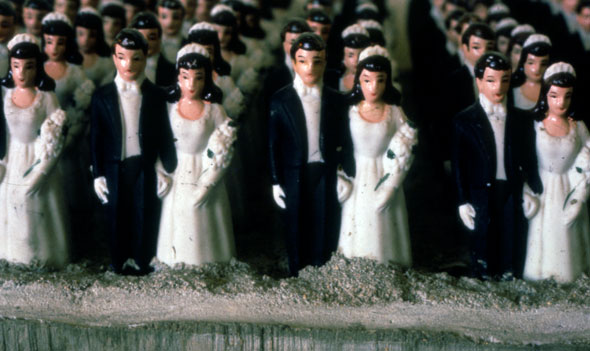