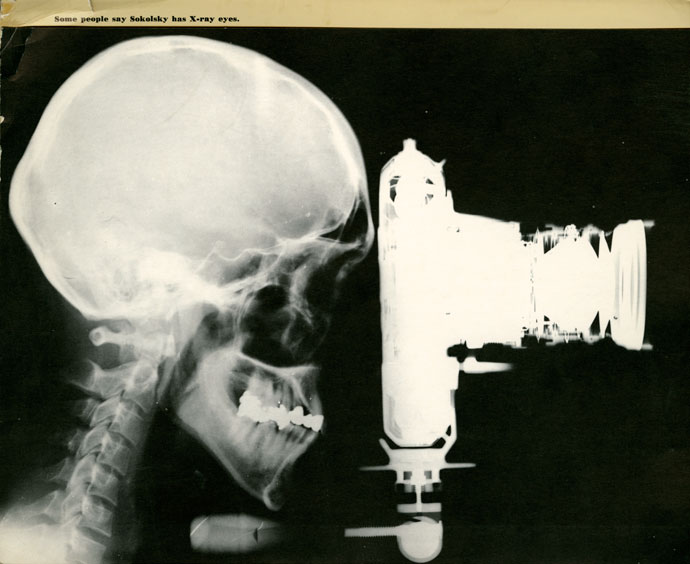 I can see right through you 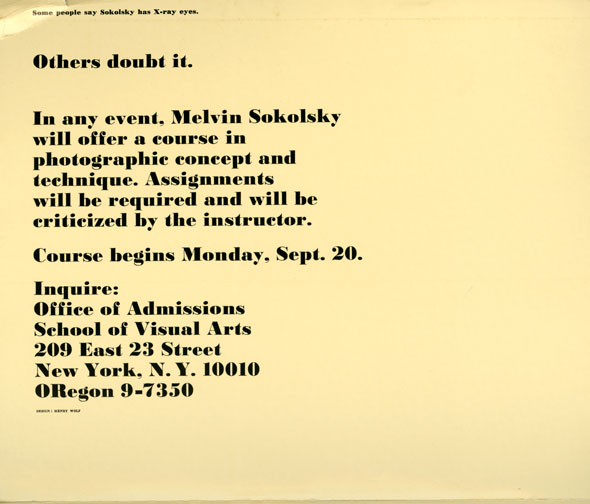 Henry Wolf created this School of Visual Arts course announcement for his friend, photographer Melvin Sokolsky. Sokolsky was a member of a remarkable group of photographers Wolf employed as art director of Harper’s Bazaar beginning in 1958. (Sokolsky continued to work for the magazine after Wolf departed to art direct Show; see here for Sokolsky’s gorgeous 1963 bubble series).

While at Show, Wolf first used an x-ray in a less literal fashion in a striking cover for the Valentine’s Day issue. Wolf returned to an x-rayed skull sometime later in a magazine advertisement for Xerox. I don’t know for certain, but I’m guessing the photography here was Wolf’s work. 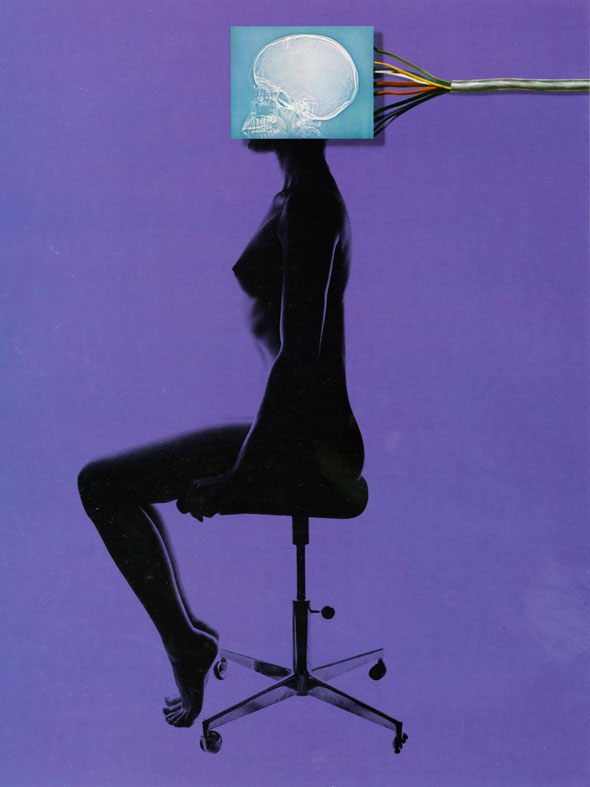