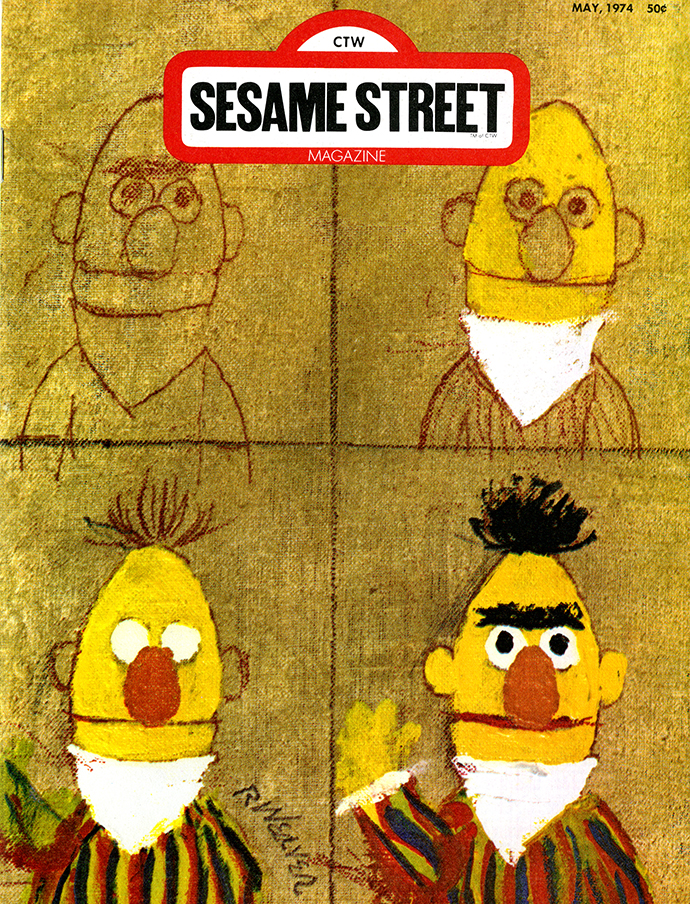 It's a magic carpet ride

Henry Wolf reshaped American glossy magazine design in the late 1950s and early 1960s, but did you know he also art directed Sesame Street magazine in the early 70s? It initially seems a funny match, the guy who epitomized luxury living and high culture at kid's magazine from an institution that stood for all things egalitarian. Wolf wrote in Graphis no. 173 (1974): "Just imagine that instead of the demanding, sophisticated, has-it-all lady whom I had to conjure up at Harper's Bazaar to guide my decisions, I can now just bring to mind the bright face of a smiling child who hasn't as yet been taught that being critical equals being clever."

While the gritty aesthetic of the early years of the Sesame Street TV program stood in direct opposition to the gloss and glamor that formed the basis of much of Wolf's work, his tenure as Consulting Art Director featured a parade of the best illustrators of the time, including many Push Pin artists (like Seymour Chwast, Milton Glaser, Isadore Seltzer, Reynold Ruffins, James McMullan, and Barry Zaid), who had been largely responsible for developing and pushing a proto-psychedelic style into mainstream outlets (as well as inspiring artists who became most closely associated with psychedelic art in the late-1960s). Other artists like Chas B Slackman, Simms Taback, and Bill Charmatz worked in a complementary vein, while outliers like Ivan Chermayeff and Robert Weaver (see image at top) still made pefect sense within the muted pop-psychedelic universe of Sesame Street.

The magazine launched in 1972, just three years after the show premiered; Wolf became Art Director in September 1973. Wolf assumed that his mission was to expose kids to beautiful art in a fun, engaging, and instructive way. He wrote, "Having children as an audience means being able to start at the beginning: instead of satisfying or offending against existing criteria, you must first create the criteria... Sesame Street, at its most basic level, is beautiful artwork, lots of colour and good proportions." The first season of the TV show, in 1969, saw the amazing free jazz-ish Jazz Numbers series sung by Grace Slick (?!) establishing Sesame Street's psychedelic bona fides from the outset. Sesame Street's 1976 segment Pinball Number Count was also undoubtedly indebted to Push Pin.