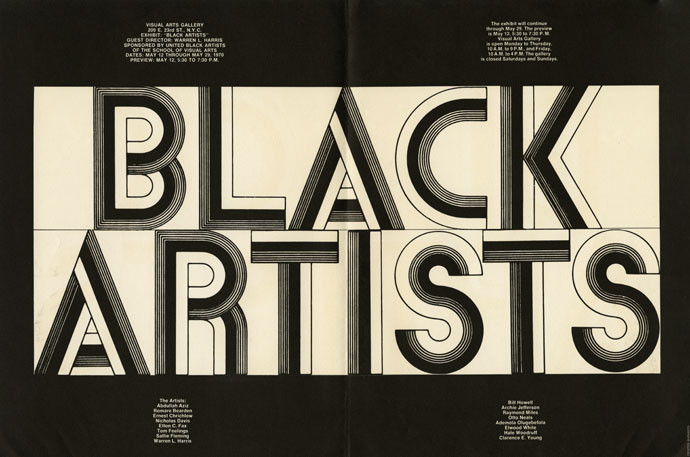 Over the course researching our recent exhibition, Primary Sources, we got in touch with some wonderful artists and curators who shared with us their experiences of making and selecting art for the early exhibitions at SVA. One of those artists was Cris Gianakos, also an SVA alumnus and long-time faculty member, who loaned Elevated Horizontal Plane with Ramp, one of his earliest ramp works in a series of sculptures and installations created over the course of thirty years.

Gianakos is also a designer, and for years I’ve been noticing his name in the corners of many of my favorite pieces in our collection. Gianakos graciously donated to the Archives four exhibition posters he designed for SVA in 1969 and 1970; I had never seen these in their final form and had thought they’d never resurface. 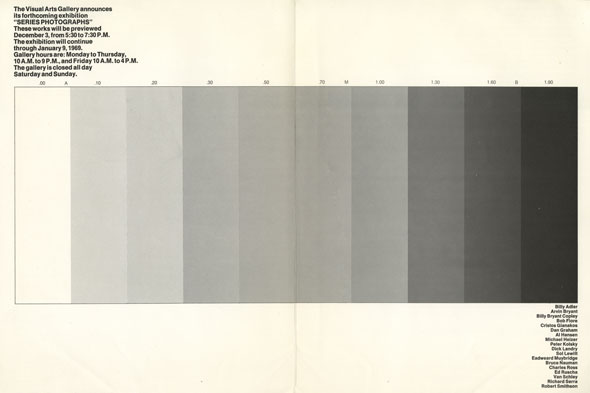 An exhibition of sequential dance photographs by Hollis Frampton and Michael Snow (January 12 – 29, 1970) was curated by Sol LeWitt. 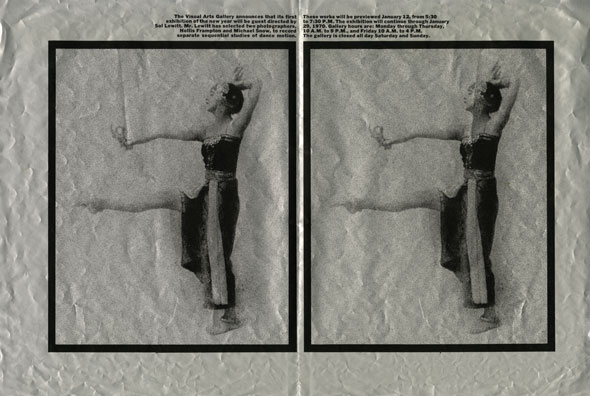 In the case of certain early exhibitions at SVA, the poster is the sole surviving documentation, providing the only way to confirm the exhibiting artists, so these posters filled in some important blanks. But beyond that, we were thrilled to add four more examples of Gianakos’ spare and elegant work, which consistently distills conceptual subjects to their most potent visual elements.