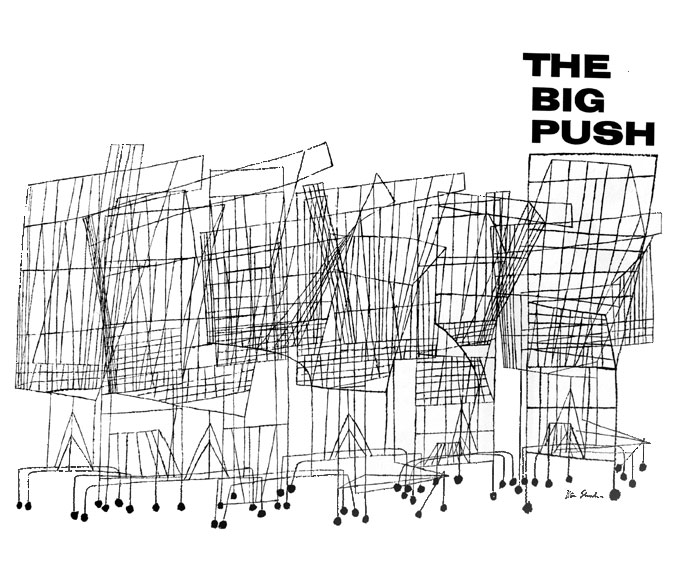 From Love and Joy About Letters by Ben Shahn. New York: Grossman Publishers, 1963.

Love and joy about letters

Love and Joy About Letters is a testament to Ben Shahn’s love affair with letters: the beauty of the letter forms, the liberating influence hand-lettering, and how the incorporation of letters added meaning to his art. 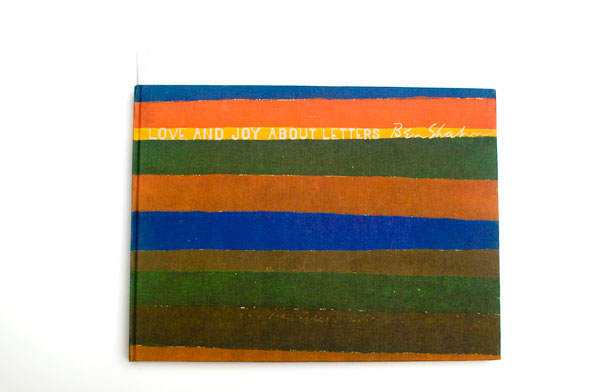 From the book (which came to us from Ivan Chermayeff):

…I had learned first of all the Hebrew alphabet… I loved to draw and to contemplate the big flowing letters; I was most at home with them and could make them long before I could do anything else with my hands. It was such a pleasure to copy them from the prayer-book, because in each letter there was some subtle part of the others, and as one learned to make the new ones he discovered those familiar parts that he already knew. 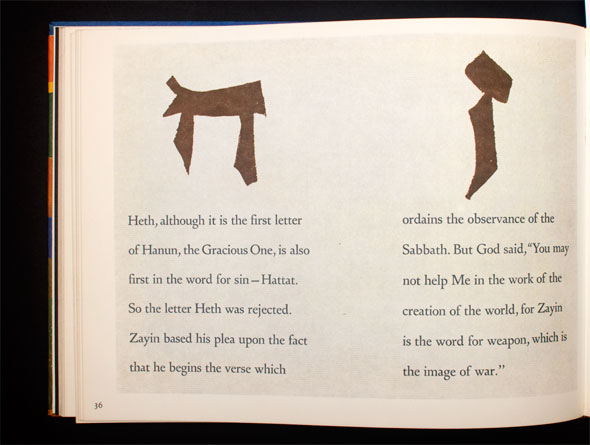 Reprinted from The Alphabet of Creation by Ben Shahn in Love and Joy About Letters, page 36. 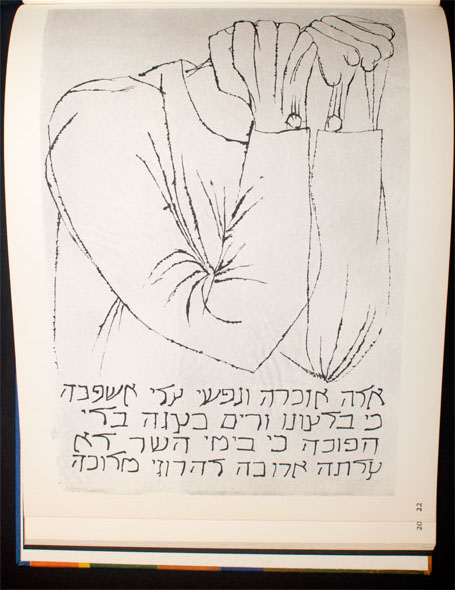 Love and Joy About Letters, page 22. Text from Musaf Service for Yom Kippur.

In 1906, when Shahn was 8, his family immigrated to the United States and settled in Brooklyn. Shahn goes on to describe the influence of his early training.

In 1913, when I was fourteen years old, I was apprenticed to a lithographer. By this time I had finished elementary school and, it was generally agreed, knew everything there was to be known. The problem now was to learn to do… [If] learning a craft was my ostensible reason and purpose, my private one was to learn to draw… But people who drew were the aristocrats of the lithographic trade. First I had to learn the hard things, like grinding stones and running errands and making letters – thousands and thousands of letters until I should know to perfection every curve, every serif, every thick element of a letter and every thin one, where it belonged and how it related to the form of the letter to which it belonged.

I discovered the Roman alphabet in all its elegance and its austere dignity, and I fell in love all over again with letters… Letters are quantities, and spaces are quantities, and only the eye and the hand can measure them. As in the ear and the sensibilities of the poet sounds and syllables and pauses are quantities, so in both cases are the balancing and forward movement of these quantities only a matter of skill and feeling and art. 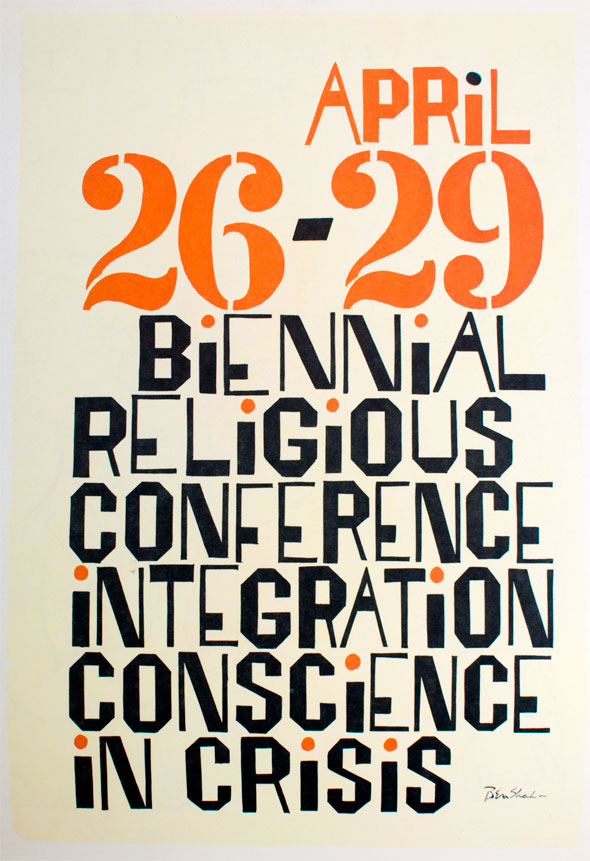 Love and Joy About Letters, page 64. 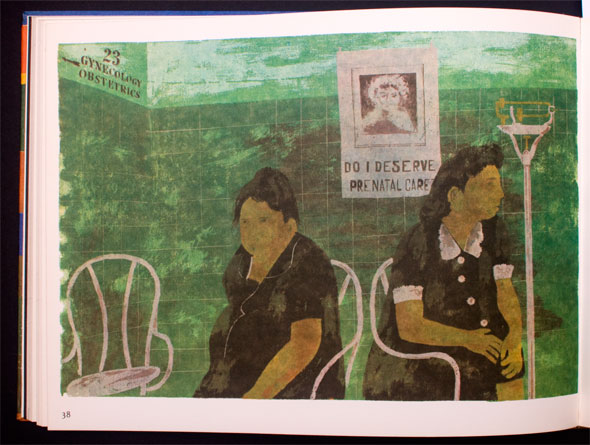 Love and Joy About Letters, page 38.

The book features many examples of Shahn’s deployment of letters as an expressive device. The piece above features the kind of portrait of ordinary people that was so important to illustrators like Robert Weaver’s conception of subject matter; the hand-lettered sign in the background puts a finer point on the work. Shahn’s drawing “The Big Push” (at the top of this post) juxtaposes perfectly-formed mechanical letters with the quirks and “nervousness” of the artist. (Below, Charles and Ray Eames put a slightly different twist on a similar idea, contrasting their wire chairs with their house bird, a piece of folk art from the Appalachian Mountains.) 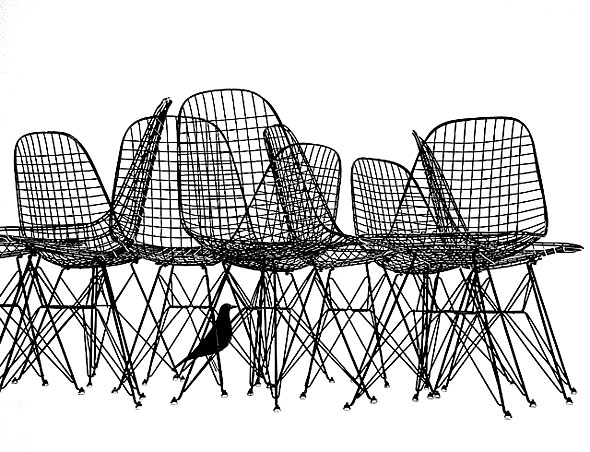