Thanks to the AIGA Design Archive, I was able to fill in some blanks on this nifty piece. With photography by Shirley Girton (later Glaser) and design by Milton Glaser and John Alcorn, this 1957 supplement to the Push Pin Graphic (then in its first year of publication and called the Monthly Graphic) is something of an unintentional mission statement for Push Pin Studios. From Steven Heller’s essay in The Push Pin Graphic (Chronicle Books, 2004):

Studio members voraciously experimented with many means borrowed or scavenged from high and low art to build unique visual personas. Which, incidentally, was not without precedent. Long before Push Pin, modern designers since World War I jerry-rigged new visual languages from bits of vintage and vernacular type and image that they found in old commercial print shops and sample books. The Swiss and German Dada movements incorporated nineteenth-typefaces and printers’ clichés to distinguish their antiestablishment periodicals and posters from the trite, commercial mainstream. Later, in the 1930s and 1940s, this influenced more mannered work by Alexey Brodovitch, Lester Beall, and Alvin Lustig, among others, who fused old with new. Yet, compared to Push Pin, these designers timidly dabbled with pastiche while Chwast and Glaser avidly unearthed cultural relics – and their quotations of such graphic idioms as German Jugendstil and French art moderne were applied with missionary zeal.

Subtitled “A study of folk art on the Lower East Side,” “Signs” explored just one element of the studio’s stylistic diversity, but it signaled the kind of reverence the artists held for the art of the vernacular (cf. the work of Brownjohn, Chermayeff & Geismar and Tony Palladino, whose design for Psycho was inspired by a ripped “Open” sign in a shoemaker’s shop in Coney Island). 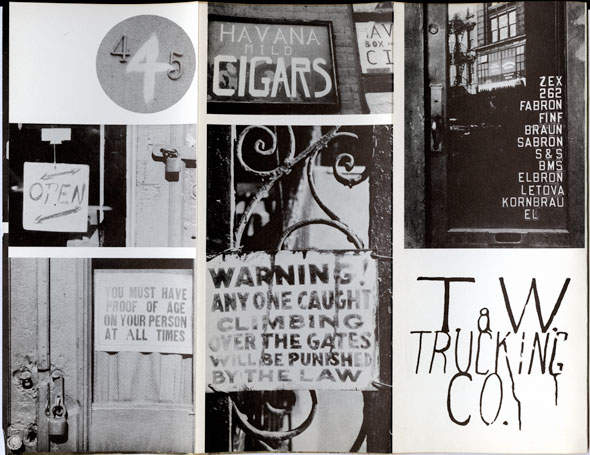 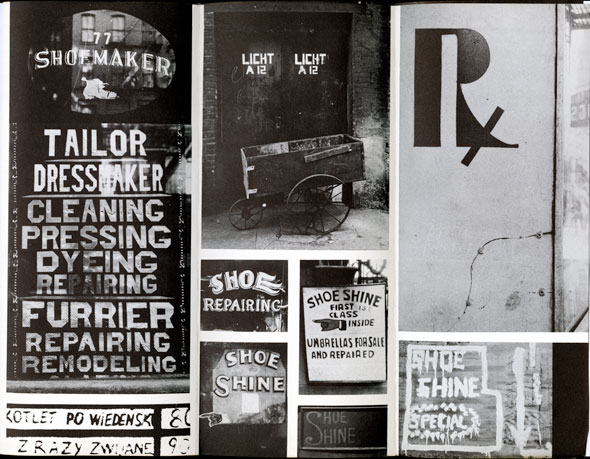 Milton Glaser Collection Box 112 Folder 24. Back cover for “Signs,” a supplement to the Monthly Graphic, 1957.