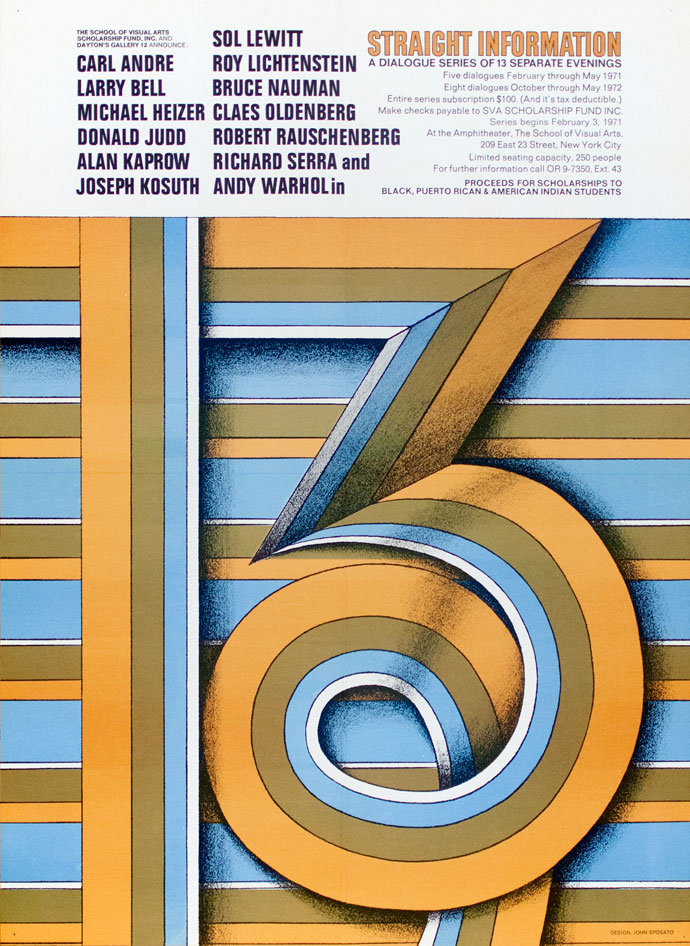 A series of talks at SVA in 1971 and 1972 featured a pretty spectacular line-up: Carl Andre, Larry Bell, Michael Heizer, Donald Judd, Allan Kaprow, Joseph Kosuth, Sol LeWitt, Roy Lichtenstein, Bruce Nauman, Claes Oldenberg, Robert Rauschenberg, Richard Serra, and Andy Warhol. The poster art, by John Sposato, reads as minimalism sent through the Push Pin filter (even though Sposato, who still teaches at SVA today, was, to my knowledge, never employed by the studio), right down to the slowly unfolding plays on depth and perspective.