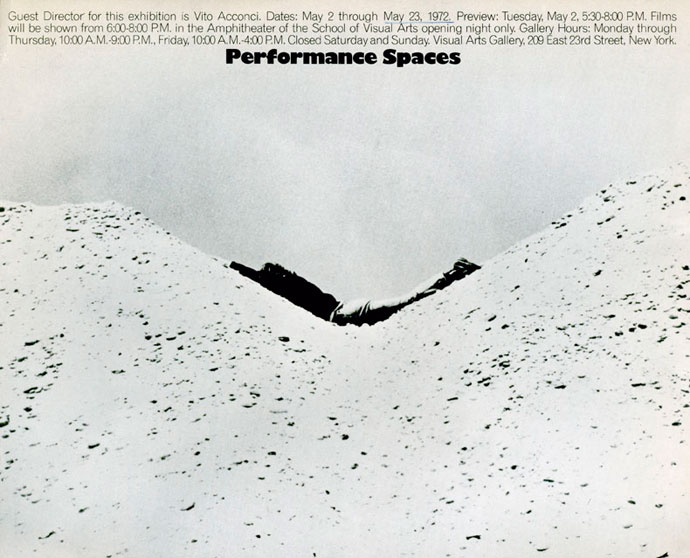 Many of the artists and critics who were invited to guest curate the SVA Gallery in the 60s and 70s were emerging figures in the avant-garde, including Lucy Lippard, Phyllis Tuchman, and Mel Bochner. In May, 1972 they invited Vito Acconci.

This striking invitation features an image from David Oppenheim’s “Parallel Stress,” in which a figure cups the interior curve of two mounds of earth (in the other, I believe, he hangs in space). The washed-out monochrome palette makes it all blend together, giving the sense of the artist as an organic component of the environment: which aptly reflects this exhibition’s emphasis on the intersection between installation and performance art. Featured in Performance Spaces: a series of printed scores (“songs written for specific birds and athletes”) and the documentation for “Silent Ping Pong” by Bill Beckley, a performance installation by Terry Fox, a confrontational sculpture by Howard Fried, and Dennis Oppenheim’s “Gingerbread Man.”