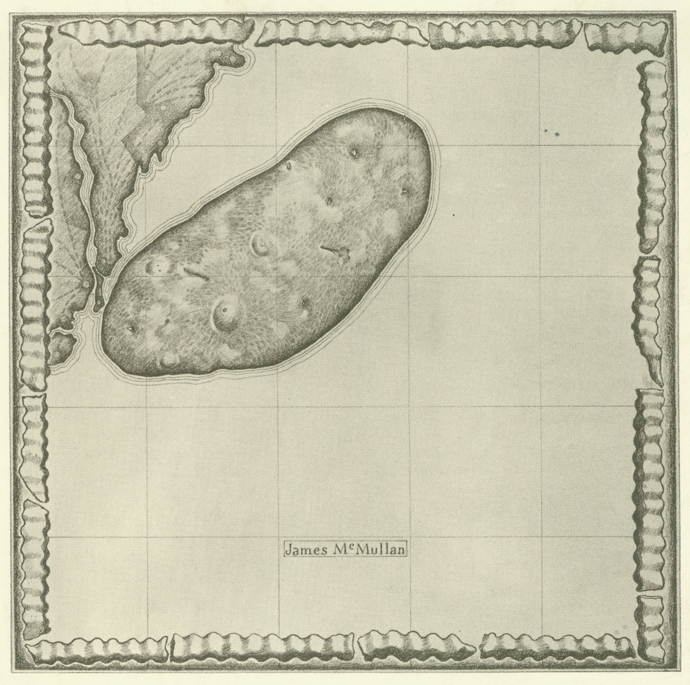 We recently received a wonderful donation from James McMullan, and while I was looking for a few things to feature in a sneak peek, I came across this illustration he did while he was at Push Pin of Long Island as a potato.

Which called to mind this piece he later did for an SVA subway poster: 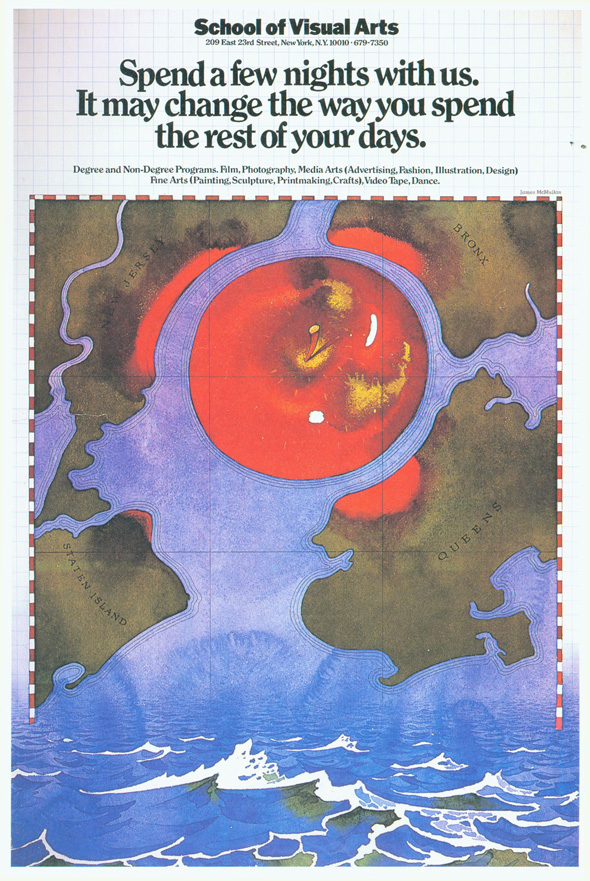 Brooklyn was somehow omitted (though the borough was added via graffiti on the poster in some subway stations). Nonetheless, the poster’s publication coincided with NYC’s “Big Apple” campaign to associate a more positive image with a city in financial crisis.