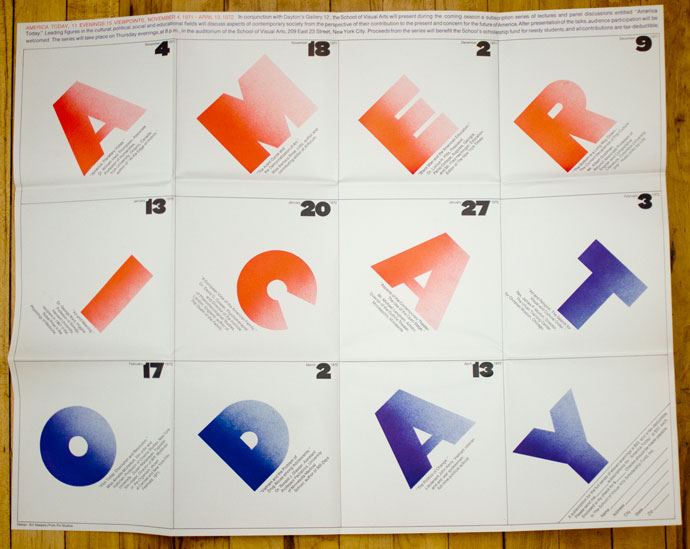 In light of the goings-on today in the US, here’s a quick snapshot of the poster for the School of Visual Arts’ America Today lecture series, from November 1971 to April 1972. Designed by Bill Naegels and Push Pin Studios, it enlists the studio’s characteristic use of variation within iterations of a larger structure (here, a simple grid).

Speakers included the expected art critics (“Miss” Barbara Rose) and philosophers (William Irwin Thompson), along with neurobiologist George Wald (who was a recipient of the 1967 Nobel prize for his work on the mechanics of vision), director Dusan Makavejev (who showed what would be his most famous film, WR: Mysteries of the Organism, in Cannes the previous year), and, finally, on 13 April 1972, one Lieutenant John Kerry: “veteran and anti-war spokesman; full-time political activist.”

Slightly more legible version of the snapshot available on our Flickr.