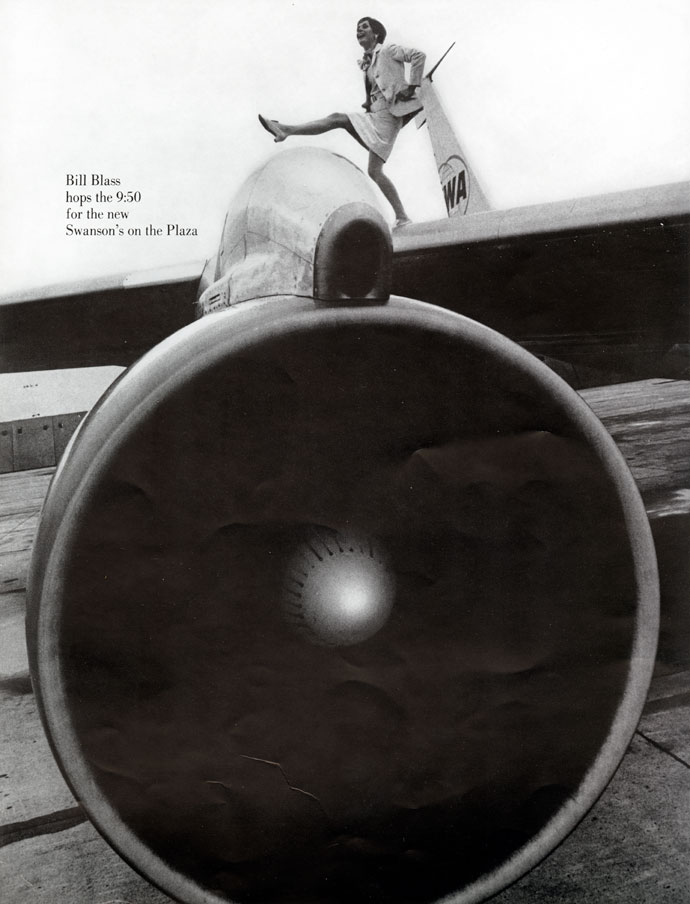 After Henry Wolf moved on from his stints as the wunderkind art director of Esquire, Harper’s Bazaar, and Show, he joined forces with Jane Trahey to form Trahey/Wolf Advertising; the firm was responsible for some unabashedly luxe campaigns like the ones for Blackglama furs and Pauline Trigère. The two ads shown here, for Kansas City’s posh shop Swanson’s on the Plaza, appeared in Vogue on September 1, 1967. At that time, Kansas City was also anticipating the arrival of TWA’s “Airport of the Future” (in 1966 Kansas City voters approved a $150 million bond issue to finance the project). Ultimately, the airport’s three-ring design posed security problems for the airline as hijacking fears rose in the 1970s. No hint of security worries in the Swanson’s ads however, just glamour all around. 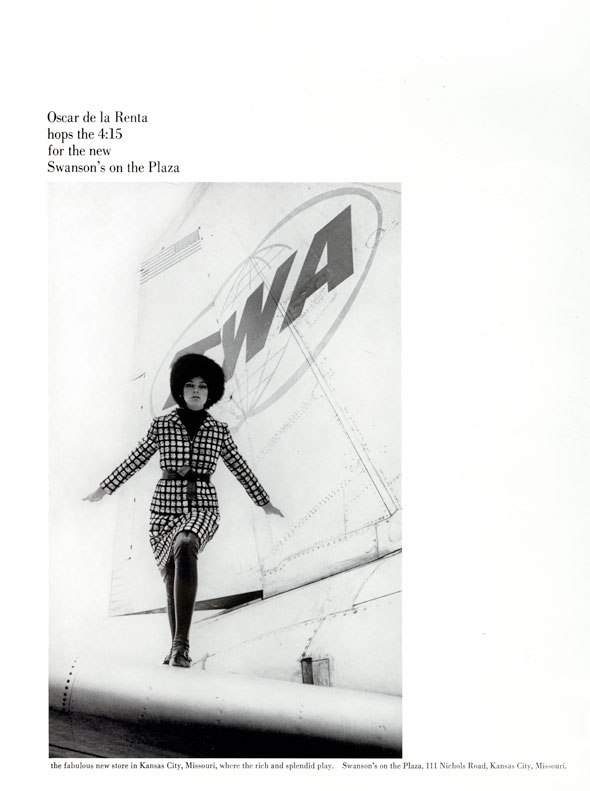