By the early-1970s, Henry Wolf was nearly 10 years removed from his precocious start as art director of Esquire, Harper’s Bazaar, and Show. In 1971 he established Henry Wolf Productions, which allowed him to marry his art director and design talents with his skill as a photographer. Throughout that decade, he produced Saks Fifth Avenue’s Folio, a department store catalog where Wolf lent a playful glossiness and his passion for all things refined to the mundane world of retail, as always taking an aspirational tack. (In the early 1980s, Saks sort of democratized their advertising pitch with their “We are all the things you are” campaign, which must have resonated with their legions of country estate-dwelling customers.)

The interior photos of Folio are 80% straight-ahead catalog work, 20% adventurous Wolf-style plays on perspective (And cars! Lots of cars!). The covers, for the most part, would not seem out of place among his elegant and sometimes surreal Harper’s Bazaar and Show covers of the late 50s and early 60s.

Henry Wolf Collection Box 11 Folder 8. Saks Fifth Avenue Folio, Autumn 1976. The model is clearly distraught because there’s no room for her in the car. 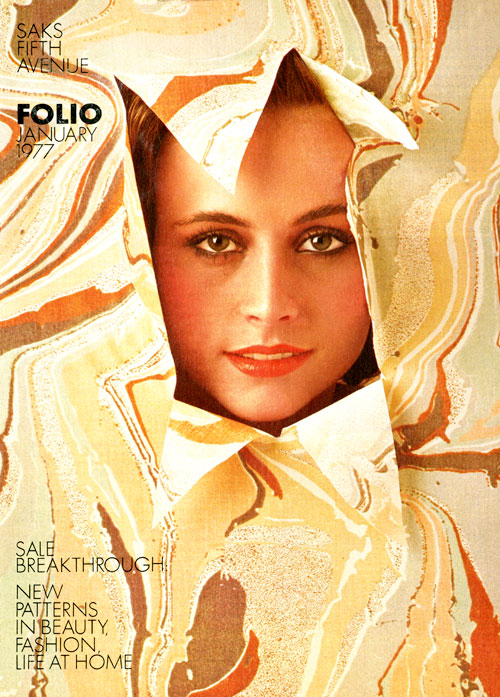 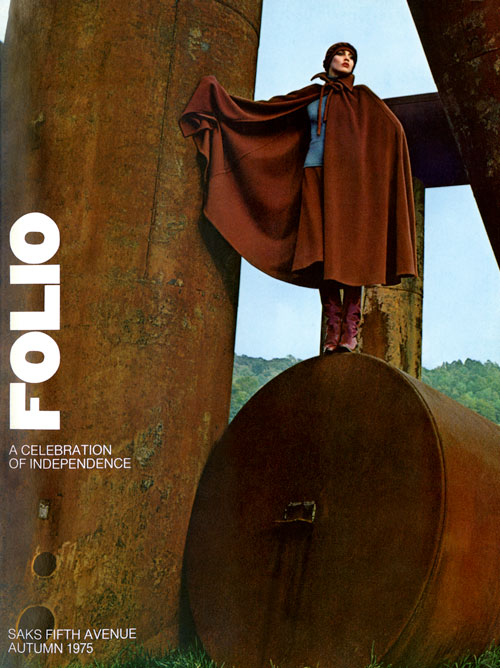 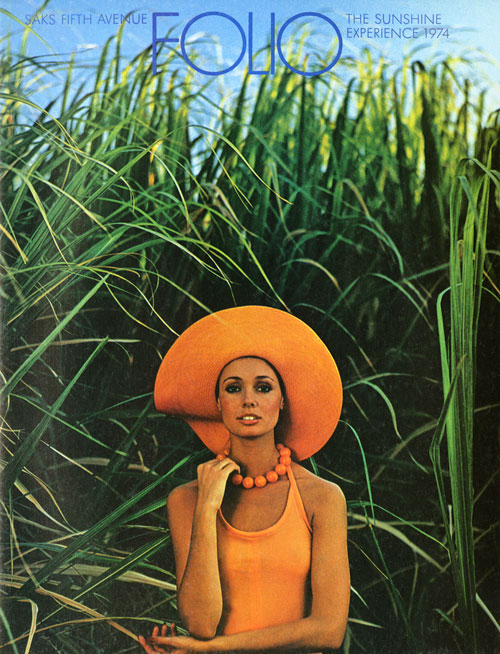