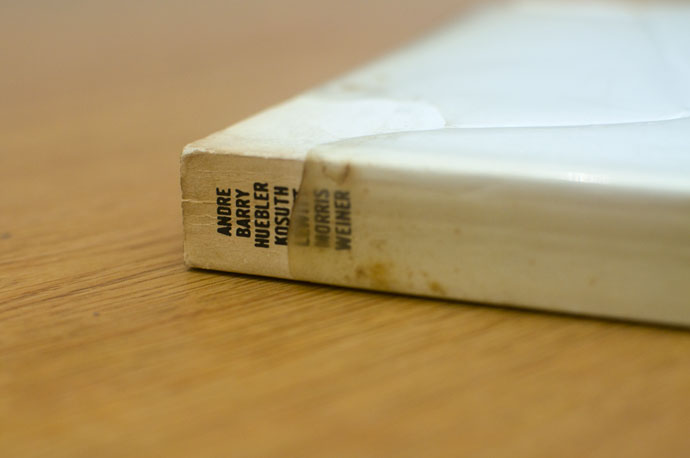 It was so named because it was comprised of page-size copies of works by Carl Andre, Robert Barry, Douglas Huebler, Joseph Kosuth, Sol LeWitt, Robert Morris, and Lawrence Weiner. Or, considering the project, I should really say “the works” are the reproductions themselves. 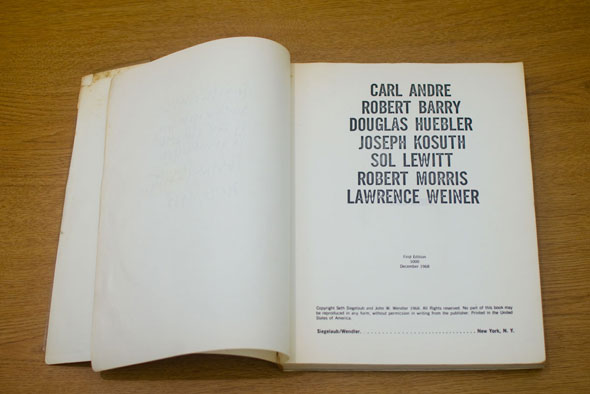 In any case, it ended up being a bit of a misnomer since, at the time, to produce this number of volumes with a Xerox machine ended up being prohibitively expensive, so the usual offset lithography was used. Siegelaub, largely remembered for his cultivation and promotion of Conceptual Art, was at the time what Kosuth referred to as a “curator at large,” and this book typifies his attempts to extend the field of curation beyond the physical boundaries of a gallery.

It also was an early example of the Art Book taking on aggressively contemporary forms of practice—a development which, it seems to me, has been especially fruitful lately (as can be witnessed at the six-year-old New York Art Book Fair, hosted by Printed Matter and PS1 and numerous brilliantly scrappy imprints like Nieves).

This volume has an inscription from Kosuth—longtime SVA faculty—to SVA’s founder Silas Rhodes. 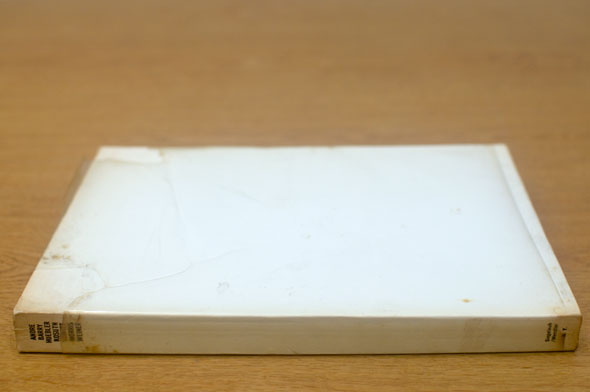 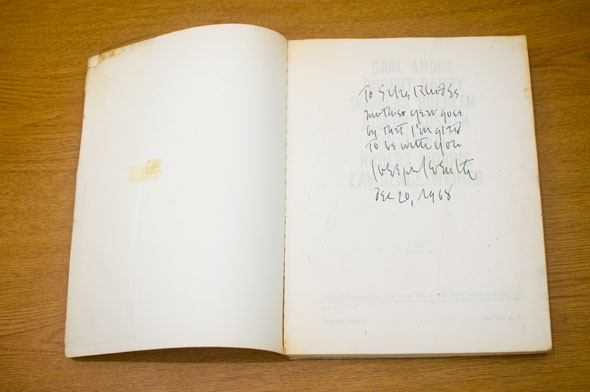 In A Brief History of Curating, the indefatigable Hans Ulrich Obrist discusses the project with Siegelaub: 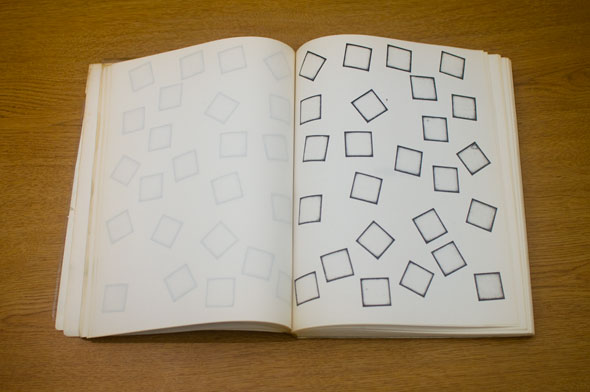 The twenty-five pages included by Andre show a multiplication of tumbling tinted boxes, which suggests to me he is posing the process of its creation against both the sequential page-turning of the act of reading (box box box) and the multiplied layering possible in using a Xerox machine for compositing.

In fairly stark contrast to the catch-as-catch-can works in the Bochner binder, the contributions to the Xerox Book were often heavily engaged with the constraints, or “site-specific” variables of their medium. Kosuth’s contribution lists the whole book’s components in order (XEROX MACHINE’S SPECIFICATIONS, on one page; COMPOSITE PHOTOGRAPH OF ARTISTS AND DIRECTOR OF PROJECT) as if attempting to contain it in words, or rather to demonstrate how such a containment is impossible. 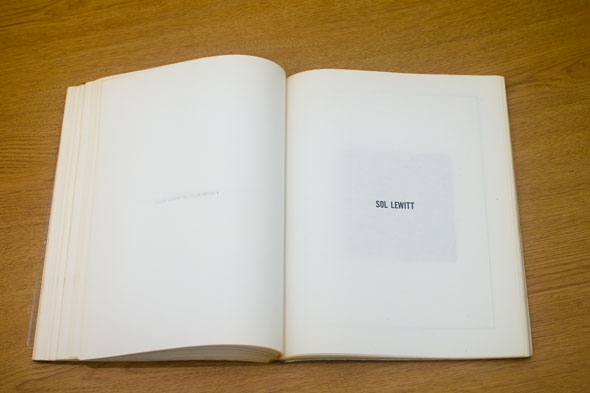 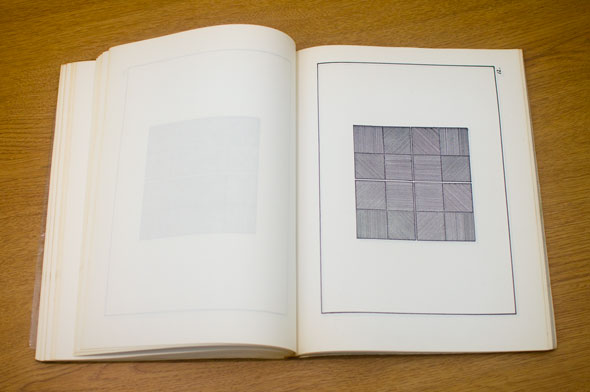 LeWitt enacts one of his variable geometries across his 25 pages. 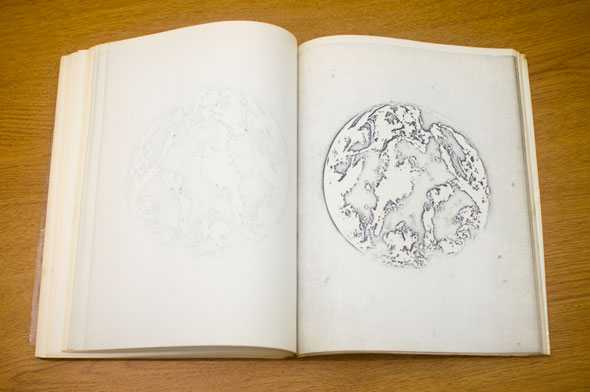