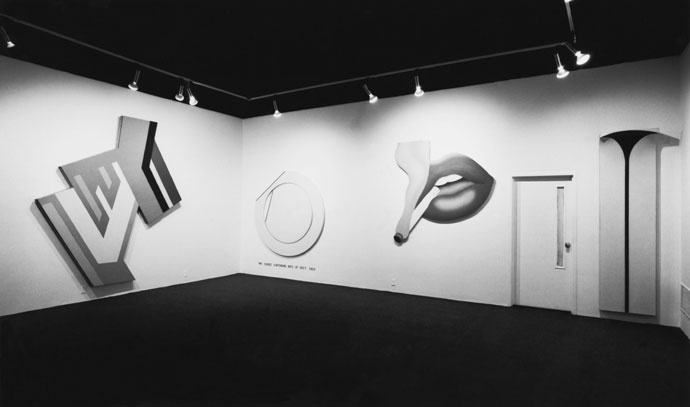 In Fall 1979, Jeanne Siegel was invited to direct an exhibition at the Visual Arts Museum, her third at that location — following a 1975 exhibition of Kenneth Noland’s early paintings and American Color (which featured Ellsworth Kelly among others). (She would go on to be chair of the BFA Fine Arts program at the school.) Shaped Paintings also featured Noland and Kelly, alongside Charles Hinman, Sven Lukin, Robert Mangold, Bernar Venet, Tom Wesselmann and Neil Williams. Siegel was consciously echoing the Guggenheim’s 1964 show, The Shaped Canvas (which included works by Lukin, Stella and Williams). 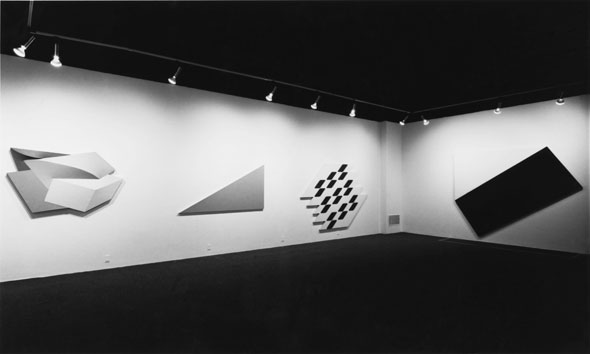 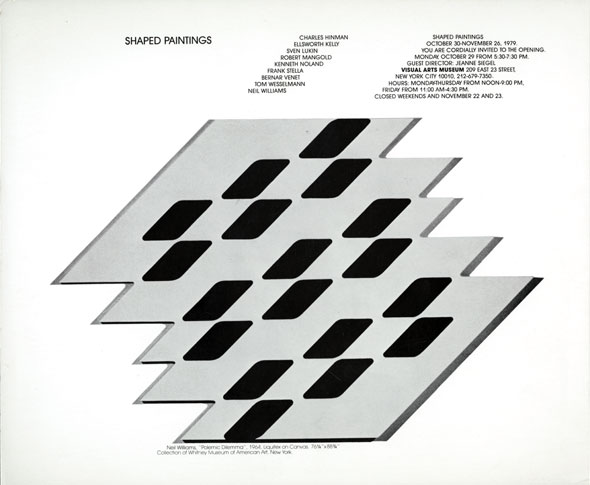 The formal implications of the irregular canvas was the uniting concern of the show, the press release emphasizing how deviation from the rectangular canvas fit into the larger modernist project:

By relinquishing the parallelism of the rectangle to the wall, the relationship of painting to that wall changes. For better or worse, shaping a painting often activates the space around it. By introducing irregular contours, the intermingling of the object with the environment becomes a possibility. This suggests that wedged in this determinedly modernist aesthetic are pluralist tendencies. 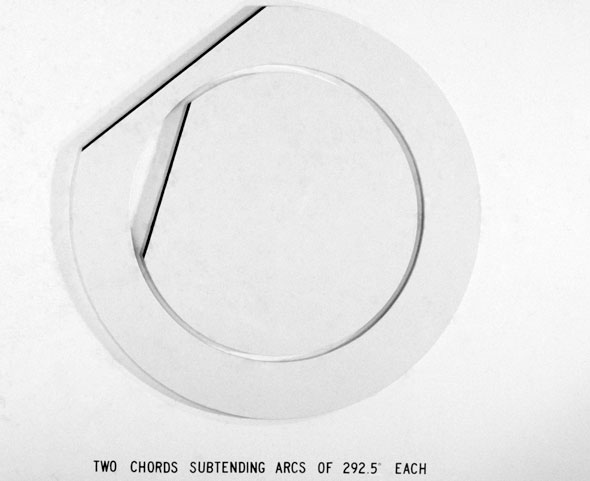 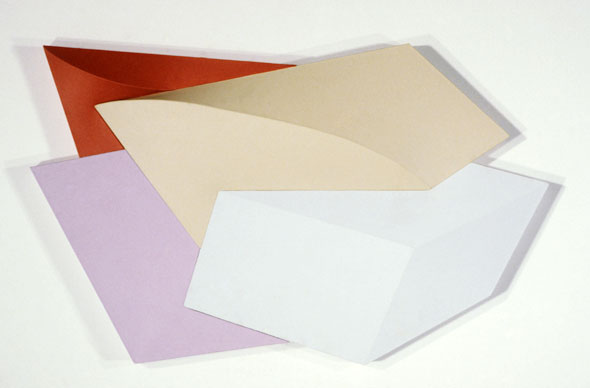 The show also included a slide presentation of associated works, which, it was argued, “show[s] that an interest in shaped painting is much broader than originally conceived.”