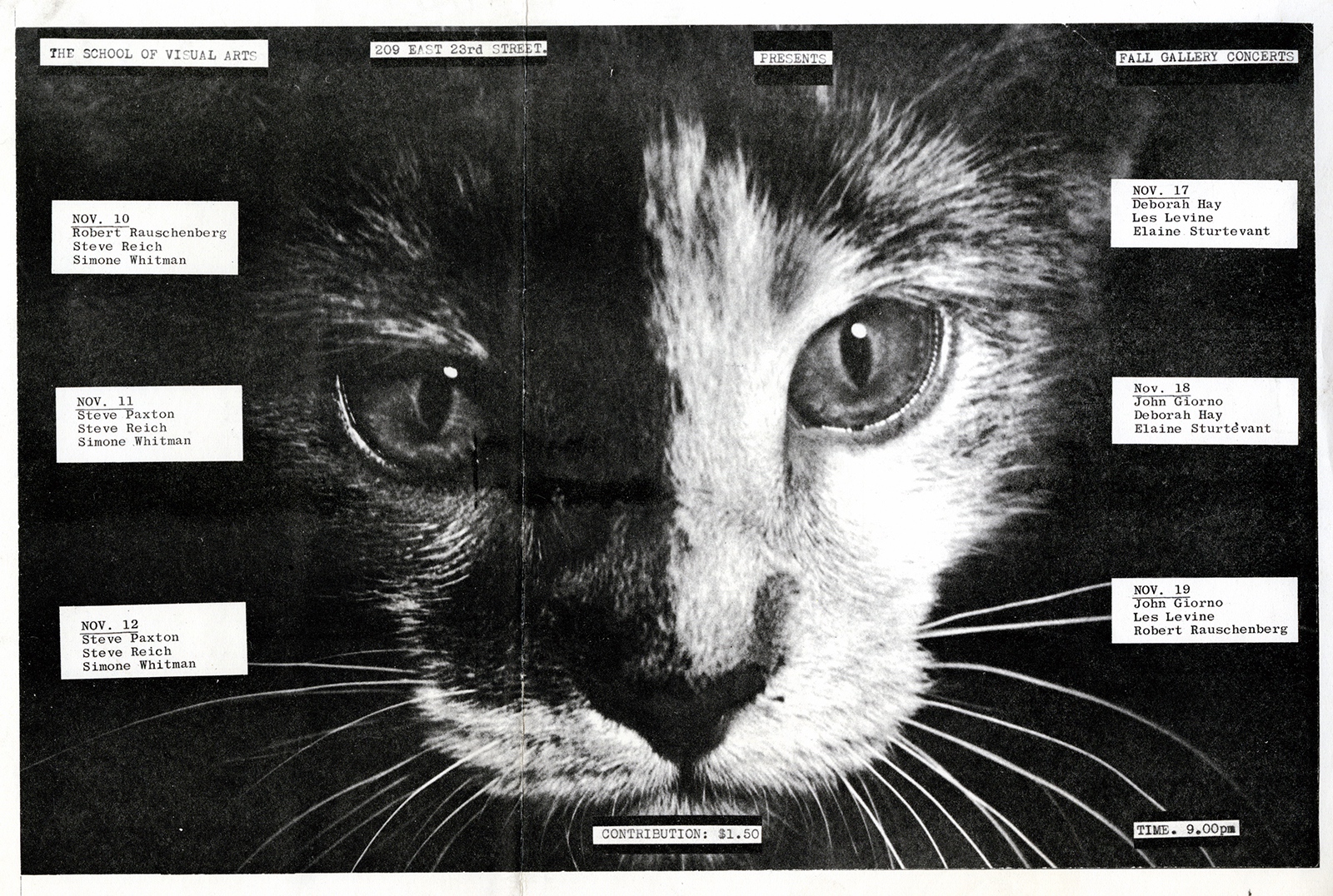 Steve Reich at SVA in the 60s

The late 1960s were an exciting time to be at SVA. New York’s art scene was percolating, and major figures like Vito Acconci, Carl Andre, Jo Baer, Eva Hesse, Sol LeWitt (1953 Illustration), Lucy Lippard, Robert Ryman and Richard Serra taught at College while they pursued careers as artists. Another notable faculty member from that time was Steve Reich, who made his name as an avant-garde composer and performer before The New Yorker hailed him as “the most original musical thinker of our time.” Reich joined the Humanities Department faculty in 1969, and led an electronic music workshop for several semesters.

Prior to his appointment, Reich premiered his works Violin Phase and My Name Is at SVA, as part of the College’s 1967 Fall Gallery Concert Series. Held in the amphitheatre at 209 East 23rd Street over the course of six November nights, the series also included works by Robert Rauschenberg (Urban Round), Simone Whitman (Cloths, Face Tunes, Two at Once), Steve Paxton (excerpts from Earth Interiors, Somebody Else), John Giorno (Chromosome), Deborah Hay (Group I), Les Levine (White Noise) and Elaine Sturtevant (Relâche). Performers included Brice Marden, Dorothea Rockburne, Mel Bochner and Trisha Brown.

Violin Phase, which followed Reich’s Piano Phase, one of Reich’s earliest “phasing” works, involved a violinist and sound engineer creating a tape loop prior to the live staging. In performance, the loop was played along with a live violinist (at SVA, it was Burt Kaplan), who gradually and slightly slipped out of sync. My Name Is is a similar tape-based phasing work, in which names of people in the audience were recorded, remixed, looped and played out of sync. It's said that Marcel Duchamp attended its premiere at SVA; the legendary artist famously attended the performance of Elaine Sturtevant’s Relâche the following week.

Several years later, Reich returned to the amphitheatre for a performance, lecture, demo and discussion. Posters for both the Fall Gallery Concert Series and this later engagement, reproduced here, are held as part of the SVA Archives.