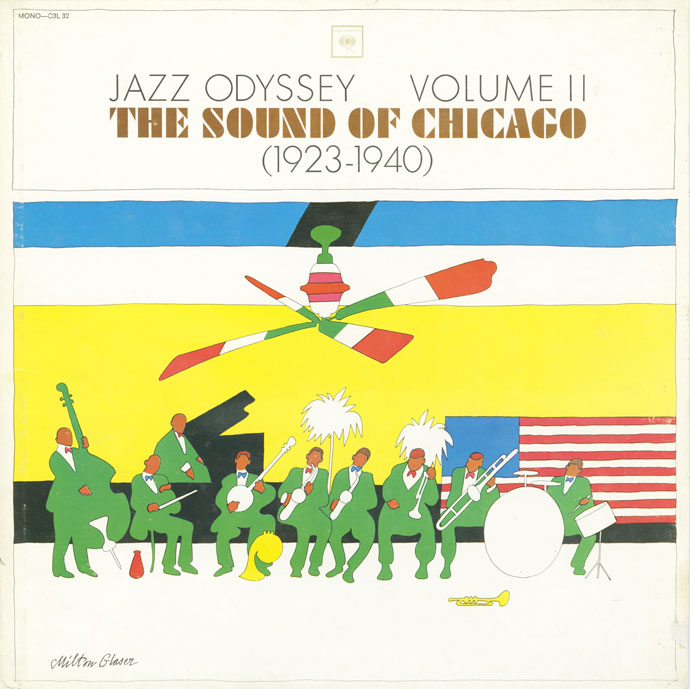 Milton Glaser has always understood how to express the language of music through his illustration and design. Early in his career he created this set of album covers for Columbia Records Jazz Odyssey series. His use of a thin black line and expanses of flat color drew from many historical art styles, as well as the work of comic artists. 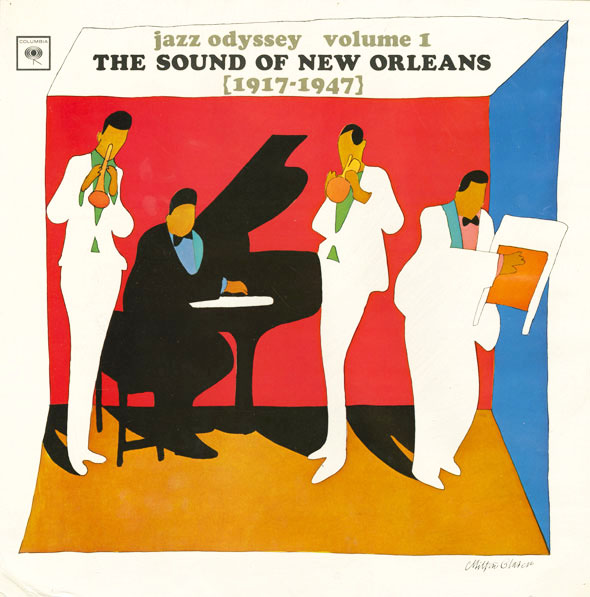 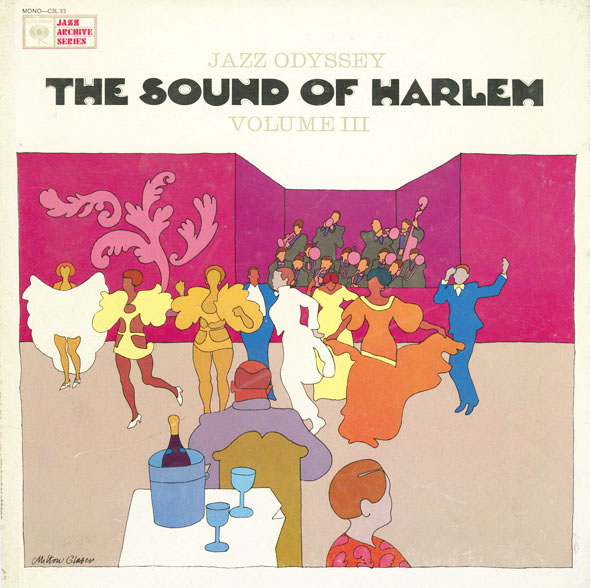 He continued to experiment with a similar style (in a slightly more abstract manner) a few years later with an early Poppy Records album cover, “Blues Roots.” 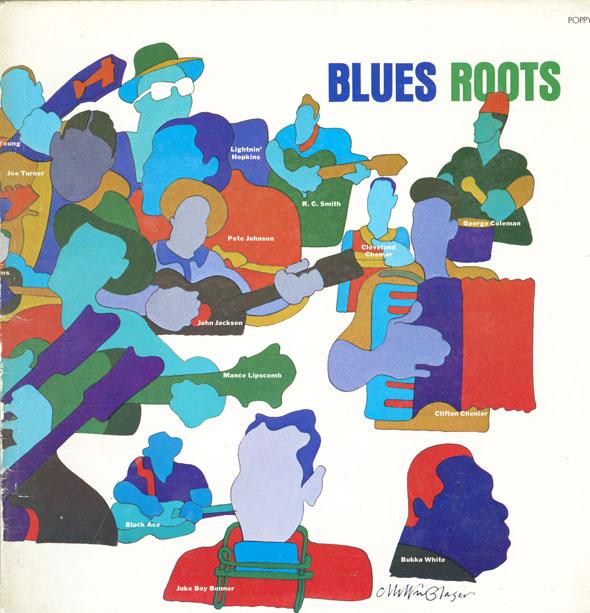