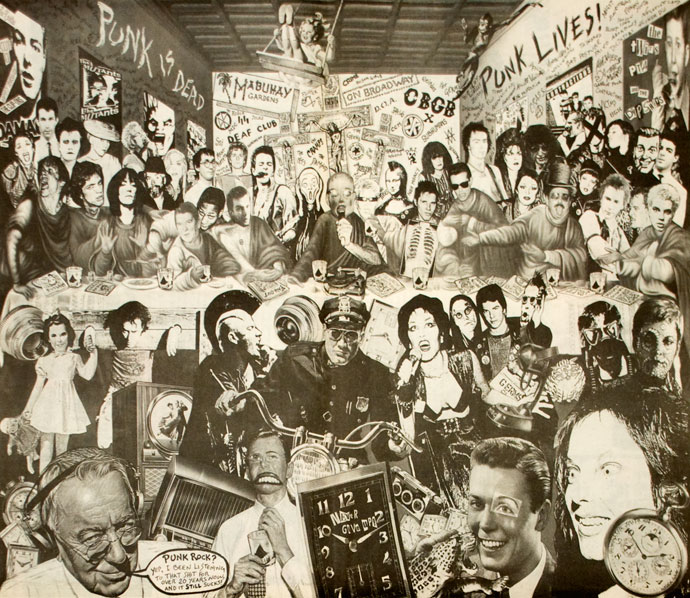 Having already covered some background and intent for Urban Outfitter’s mid-90s promotional magazine, Slant, I thought I’d take a look inside. Slant presented notably few advertisements for Urban’s products, instead trading in cool by association. Contributors were paid a relatively modest $250, so no one was getting rich off their work for the company. The magazine was pretty remarkable for the quality of its art and writing, but most impressive was its unfailingly consistent anti-establishment tone. Art Chantry, godfather of low-tech design, supplied several pieces. Below, he presents the DIY manifesto – “Don’t Buy It! Don’t Listen to Them! Don’t Be a Fool!! Do It Yourself!!!!” 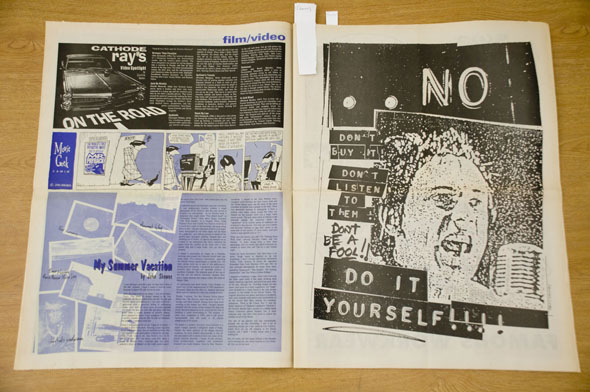 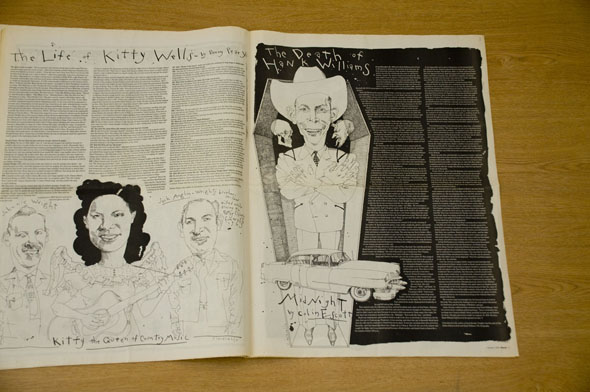 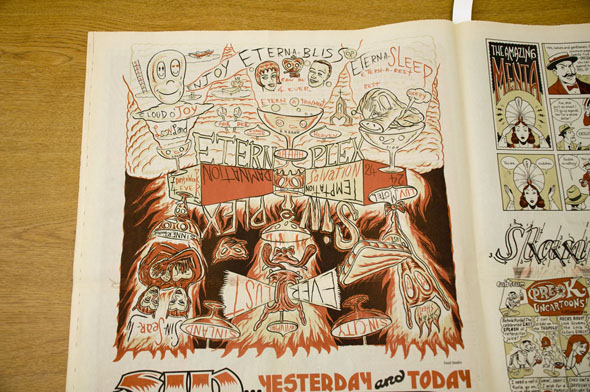 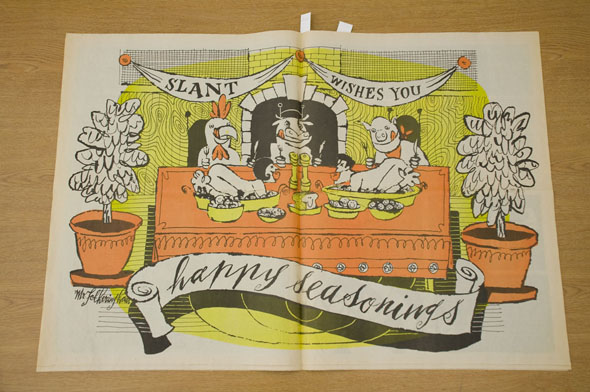 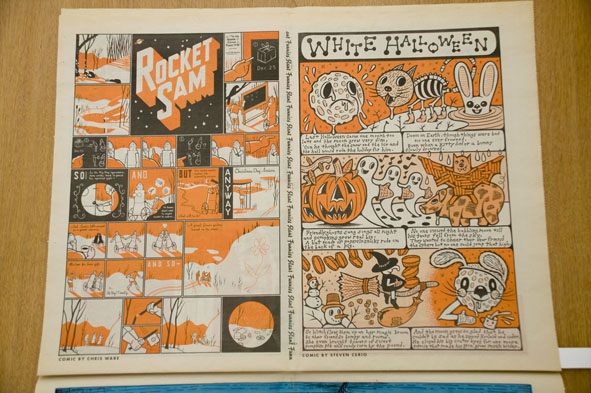 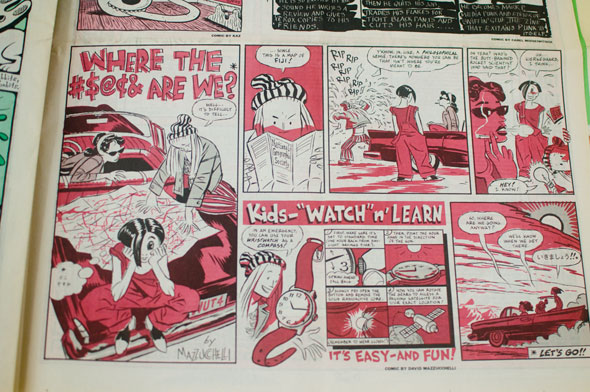 Mark Dancey, co-founder of the late great Ann Arbor-based music magazine Motorbooty, which was clearly a template for Slant, contributed this poster, ready for your dorm room wall. 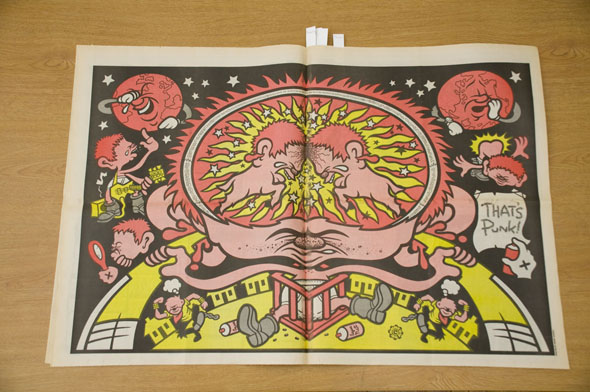 Luc Sante, who was already established (he’d published the acclaimed Low Life in 1991), wrote about the grand New York tradition of finding free stuff on the street. “Sasha Frere-Jones of Ui” described touring with Stereolab and Trans Am (he found a more effective way to make a living when he became music critic for The New Yorker in 2004). 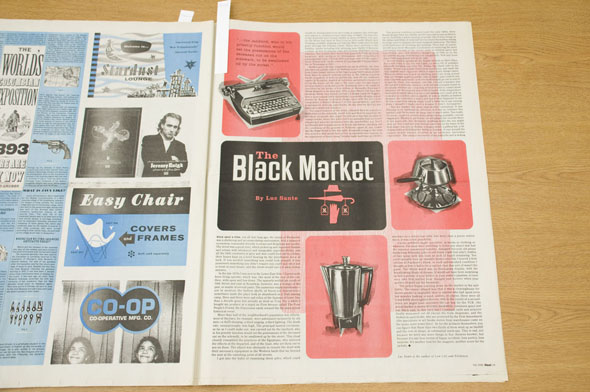 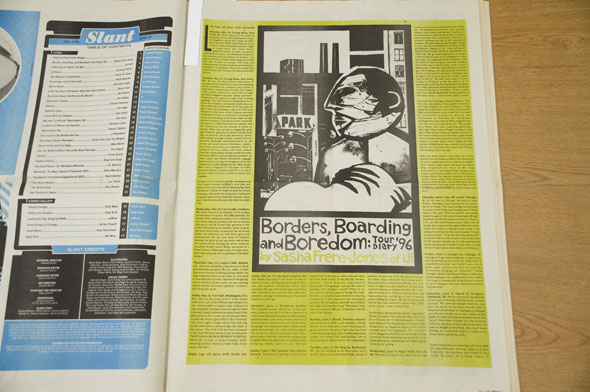 Over the course of just nine issues, you can see a rise in the magazine’s ambitions; the Sante and Frere-Jones articles were in the same issue, along with a Kenneth Anger piece on Berlin, and an article called “Inside Miss Los Angeles” by Jerry Stahl (of Permanent Midnight fame). The publishers of Slant had designs on moving beyond the realm of freebie promotions (which, I believe, never materialized); the last few issues included an offer for a year-long subscription (3 issues) for $4.50. It’s easy to imagine a more independent Slant, but that wouldn’t be nearly as fun.