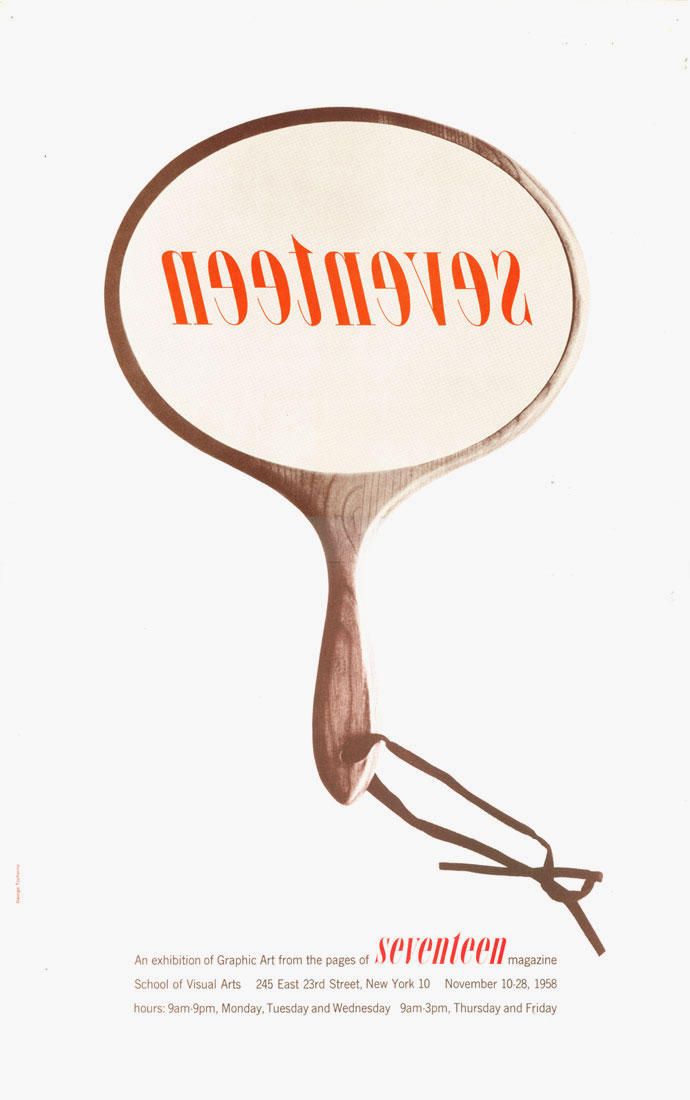 From a recent addition to the George Tscherny Collection

In the 1950s Seventeen magazine was a staffed with an incredible stable of graphic talent. Among the contributors were many artists and designers associated with the School of Visual Arts, including Sol LeWitt, Eva Hesse and others like Rudolf de Harak.

In a 2000 interview with Susan Larsen, de Harak recounts legendary Seventeen art director Cipe Pineles hiring illustrators including Saul Steinberg, Ben Shahn, Richard Lindner and Seymour Chwast. The School of Visual Arts had an exhibition of some of the work in November 1958, for which George Tscherny designed this poster. Unfortunately, so far it is the only visual documentation of the show we’ve recovered.