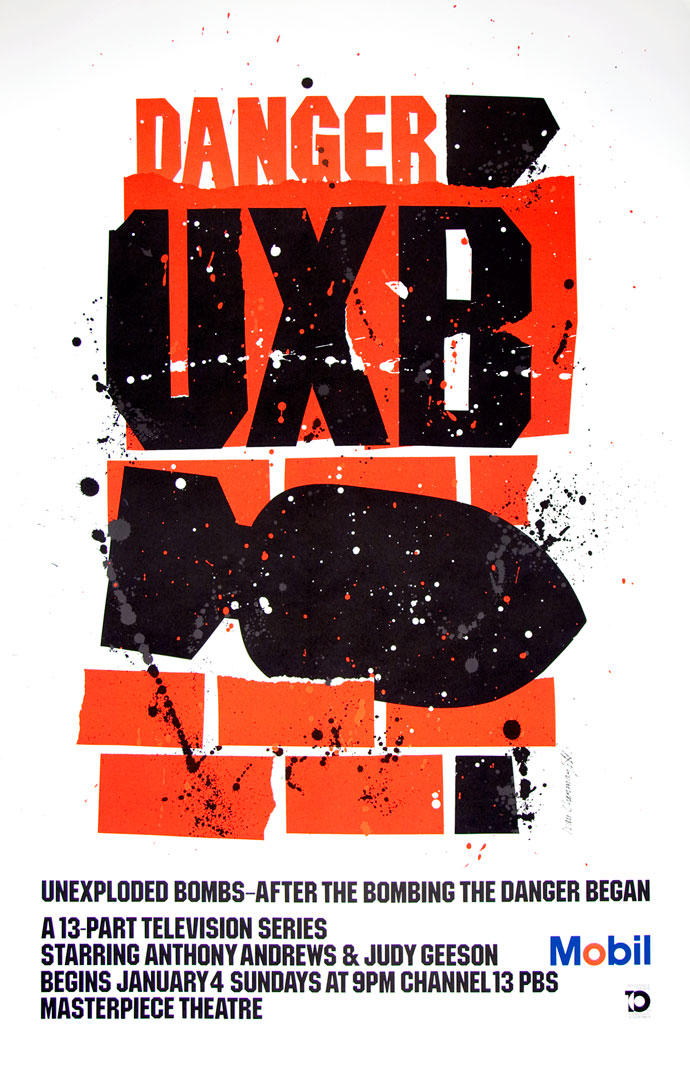 Masterpiece Theatre was the principal portal into British television for American audiences in the seventies; Mobil, the sponsor, drafted their longtime designers Chermayeff & Geismar to make posters for various features.

Pictured here: a Granada TV version of Ford Madox Ford’s novel The Good Soldier, a production of Hedda Gabler for “Performance,” and Danger: UXB, a drama about bomb defusers in the second world war. I remember seeing a good chunk of UXB sometime in the nineties: it stars the sparkling Anthony Andrews, probably better remembered for his turn as Sebastian Flyte in the miniseries adaptation of Brideshead Revisited.

I’ll post a few other Mobil/Masterpiece Theatre posters in the coming weeks, more from C&G and others by Seymour Chwast. Some of these made it into “The Best of Masterpiece,” a March 2007 roundup of the program’s greatest hits. According to Wikipedia,

The countdown special was based on more than 20,000 survey responses posted to the Masterpiece & PBS affiliate web sites, the top 12 series were: Upstairs, Downstairs The Forsyte Saga (2002 adaptation) I, Claudius Bleak House (2006 adaptation) Prime Suspect parts 4-7 The Jewel in the Crown Poldark House of Cards Reckless The Fortunes & Misfortunes of Moll Flanders Wives & Daughters Jeeves & Wooster At the end of the program Anthony Andrews thanked the audience for voting the 1981 serial Brideshead Revisited as the seventh favorite series. He then pointed out that it had not aired as a part of Masterpiece Theatre. Rather, it had aired as a part of the PBS series entitled Great Performances. 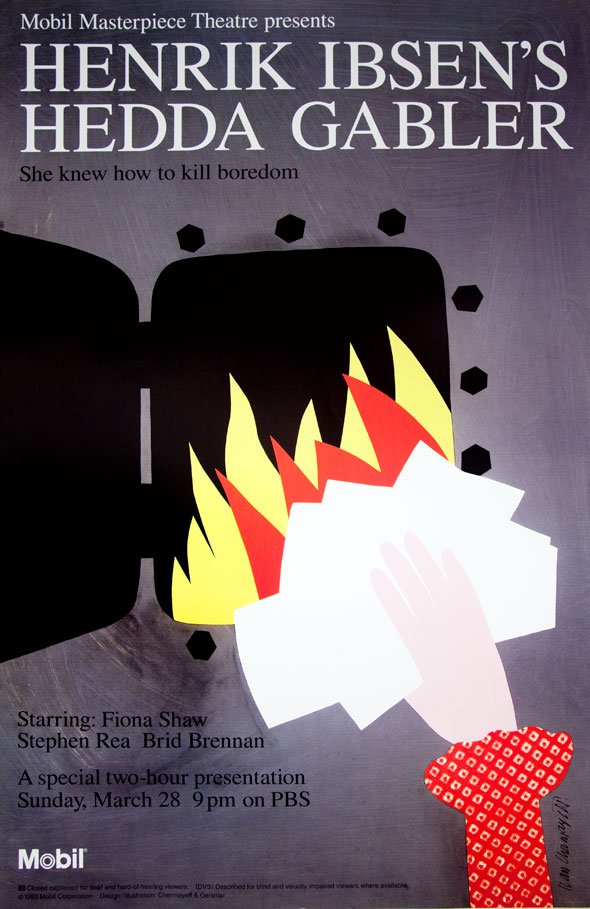 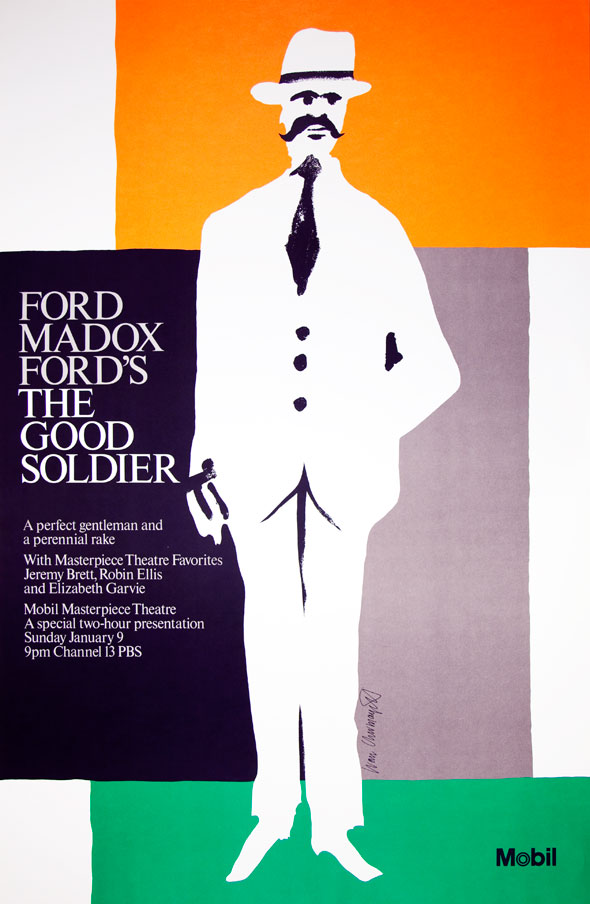