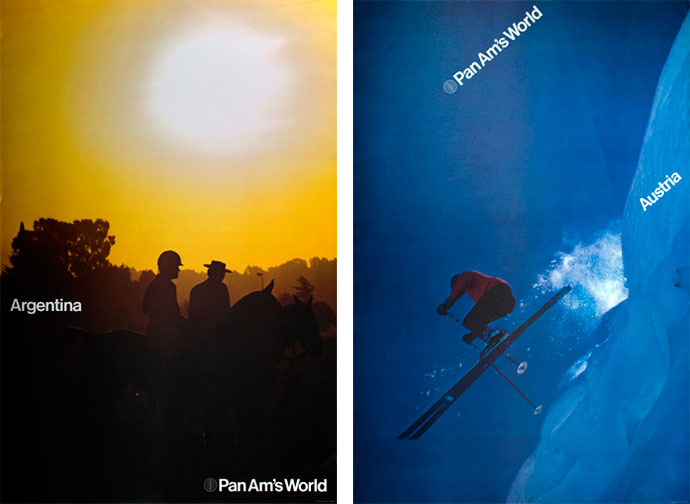 Chermayeff & Geismar for Pan Am

In 1971, Chermayeff & Geismar designed these posters for Pan Am, which are now featured in the latest issue of Eye magazine as part of the article Flight of the Imagination. In it, SVA Design Criticism student Frederico Duarte investigates this fruitful period in the company’s history:

Under the supervision of Patrick Friesner, Pan Am’s head of sales and promotion, Chermayeff & Geismar was one of a handful of studios taken on to produce, at a frenzied pace, promotional materials that carried the new identity; others included George Tscherny, Rudolph de Harak and, in London, Alan Fletcher.

We have written on Tscherny’s artwork and modular displays for Pan Am. And now we’ve also uploaded more of C&G’s posters in the series (in our Flickr).