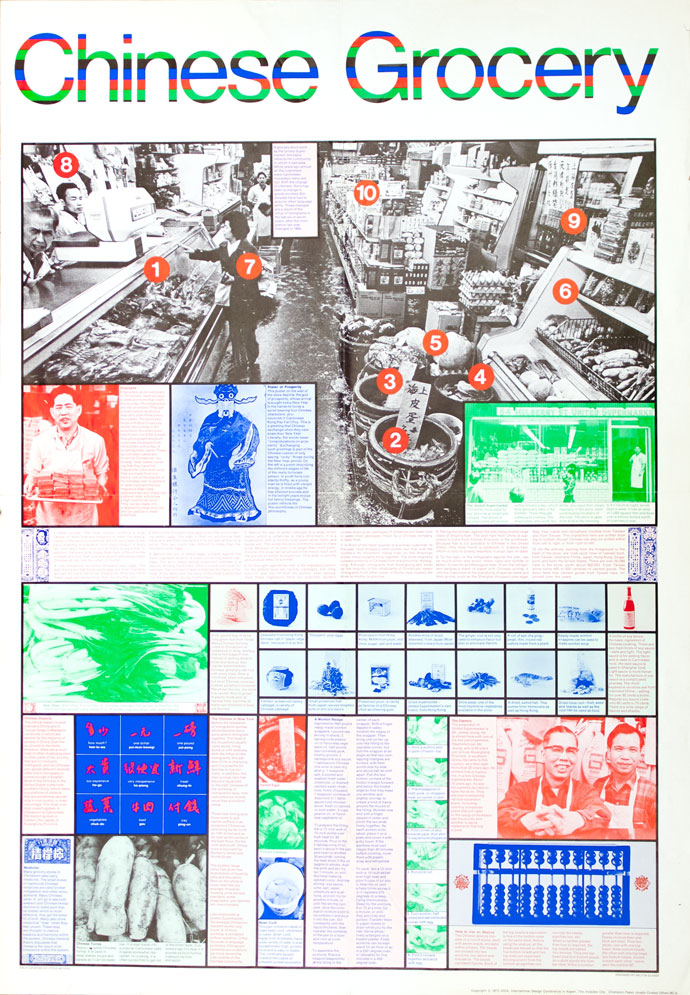 Really a sister project of Milton Glaser and Jerome Snyder’s Underground Gourmet column for New York magazine, Glaser’s “Chinese Grocery” poster sought to guide the uninitiated through a Chinatown market, in this case the no longer extant United Supermarket at 84 Mulberry Street. Glaser packs in the information within this chart-like poster, which includes an overview of the meat counter and specialty ingredients like Tientsin preserved celery cabbage, plus an explanation of the “thousand-year eggs.”

The sign proclaims that these aged eggs are from Shanghai and sell for five to the dollar. Despite the American name, these eggs are rarely more than six months old. 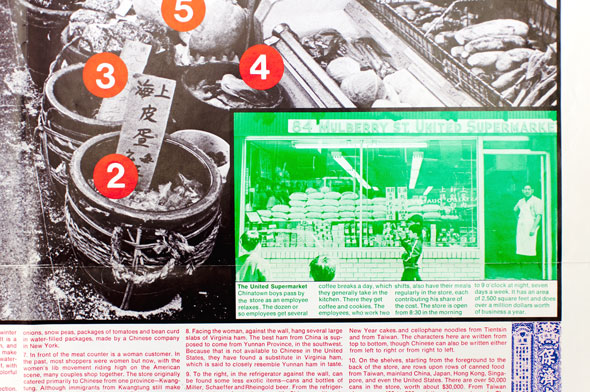 Glaser presents key Chinese phrases for shopping, a detailed wonton recipe, and instructions on how to use an abacus. He also introduces the owner of United Supermarket, James Jeung.

Mr. Jeung, who is 50 years old, is from Kwangtung Province, in southern China. He came to this country as a teenager more than 30 years ago. He worked first in California, in a non-Chinese supermarket. About 10 years ago, he and his partners decided to open the store. They are now considering various expansion plans, including a separate place that will cater to the needs of the American housewife, and another to serve restaurants that buy in bulk. 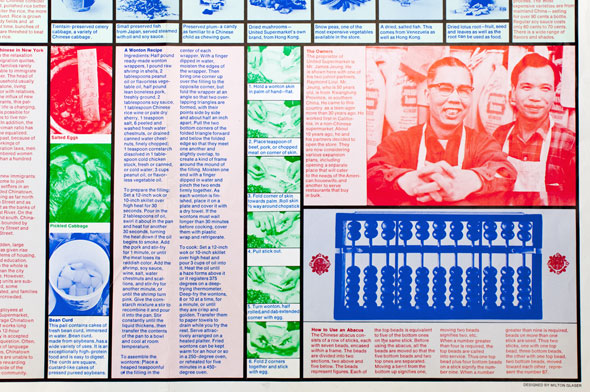 “Chinese Grocery” was commissioned by the 1972 International Design Conference in Aspen; it was one of a series of posters that sought to visually explain various aspects of city life. The conference’s namesake poster was Chermayeff and Geismar’s “Invisible City,” a divine collection of airport baggage claim tags. 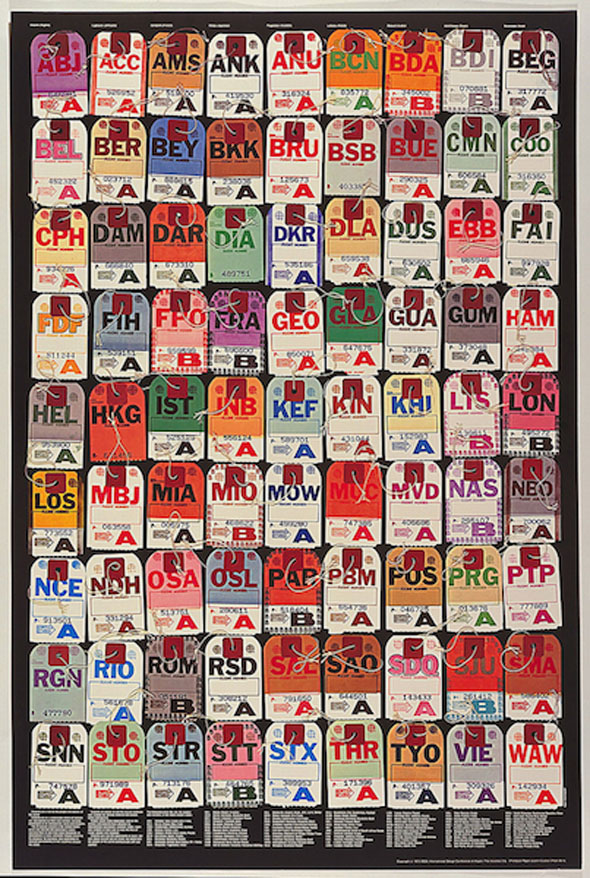