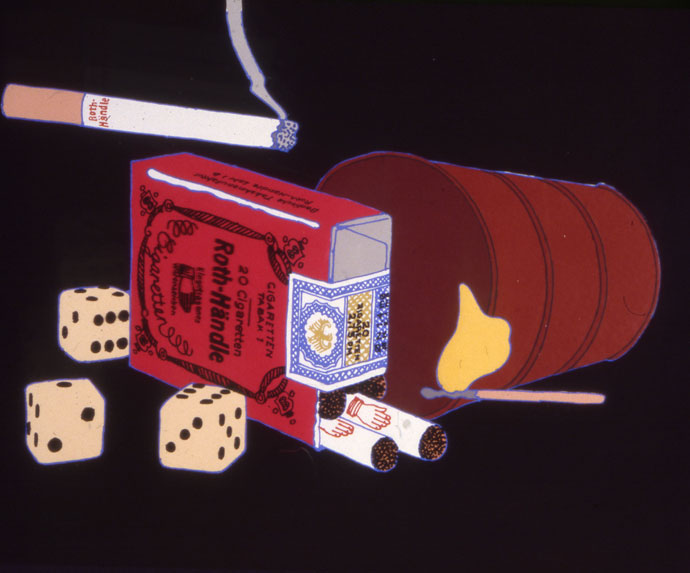 Another obscure, undated bit of imagery from the Pushpin slide library. Seymour Chwast’s contribution to the legacy of Roth-Händle cigarettes, probably for Frankfurter Allgemein Zeitung. He’s in good company: Robert Motherwell did a collage of the same, and, more pertinent certainly, many famous posters for the brand were designed by the great early twentieth-century designer Herbert Leupin. Note: despite the preponderance of smoking-related imagery we’ve been posting lately, Container List does not condone the practice, which doesn’t make you look cool unless you’re already Humphrey Bogart. Kids, it’s just NOT archival.