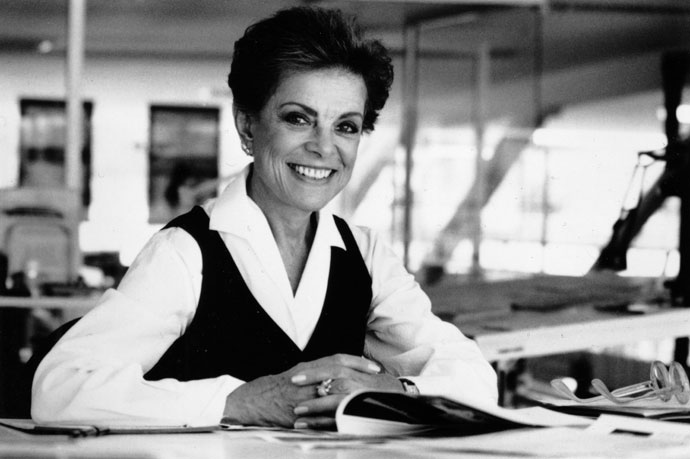 We are sad to note that Deborah Sussman died yesterday morning. She was 83. Our Design Study Collection includes a small selection of important works by the designer, who started her career in the Eames office before opening her own firm, Sussman/Prezja, in 1968. It quickly became associated with a striking use of spatial proportion and bright, large-scale graphic communications.

In 1995, Sussman was named the seventh recipient of the School of Visual Arts Masters Series award. (I am flipping through that folder now.) 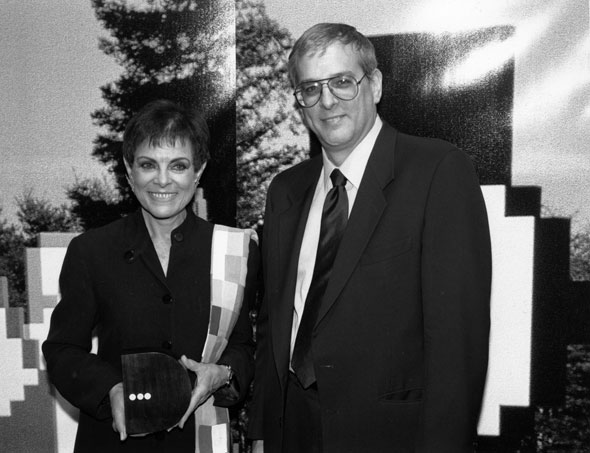 Sussman holding the Masters Series award. On the right is David Rhodes, current president of SVA.

The brightly-colored announcement for the exhibition reflected her West Coast style, probably most familiar in her identity for the 1984 Los Angeles Olympics. 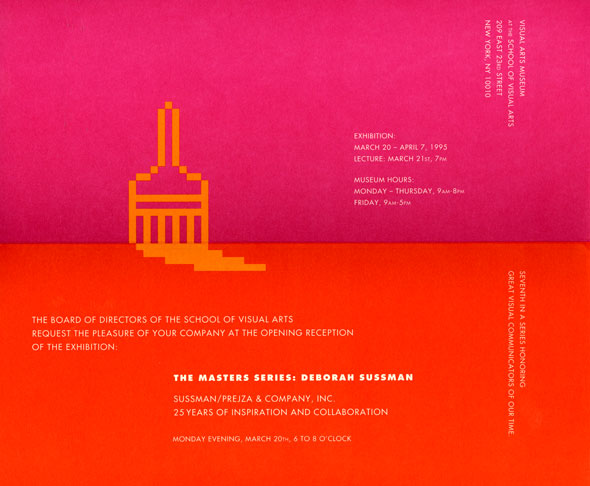 The paintbrush icon is a motif referring to the sculptural effects she implemented in a project for Apple on their corporate campus in Cupertino, California around 1985 (adapted or inspired by the pixel drawings by Susan Kare for early Macintosh computers). 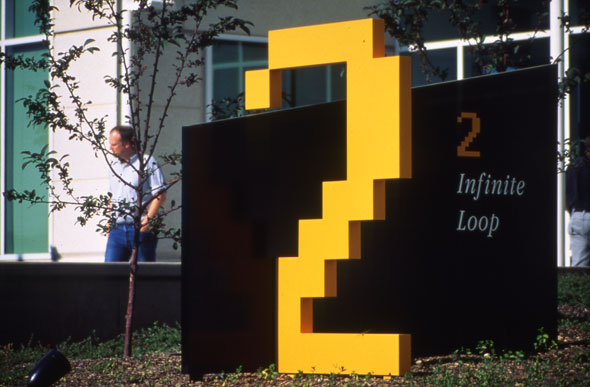 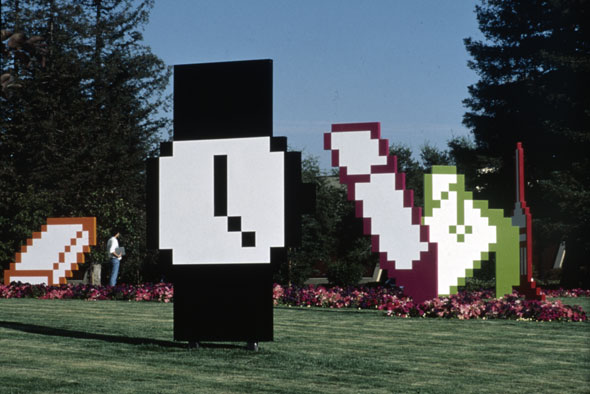