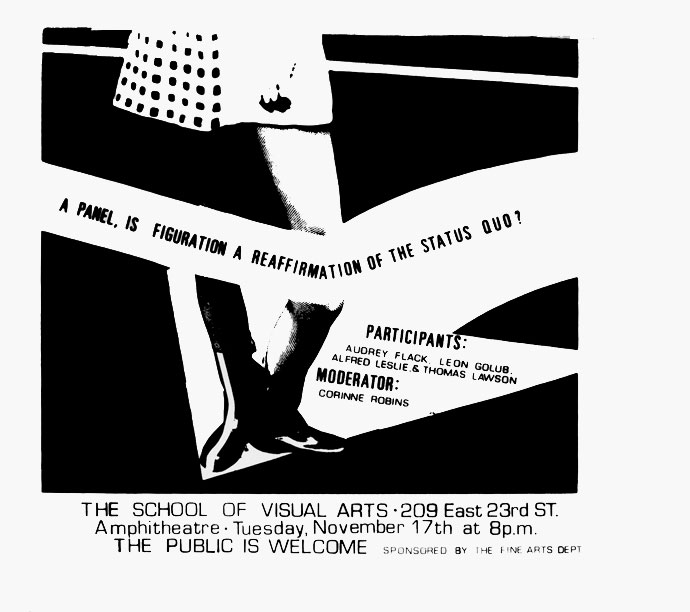 Panel discussions and talks sponsored by the Fine Arts Department in the heady conceptual late-70s and early-80s often adopted a DIY or punk aesthetic in their announcements. The gritty, hand-composed images reinforced the impression of open-ness of work that dispensed with, or critiqued, illusion. 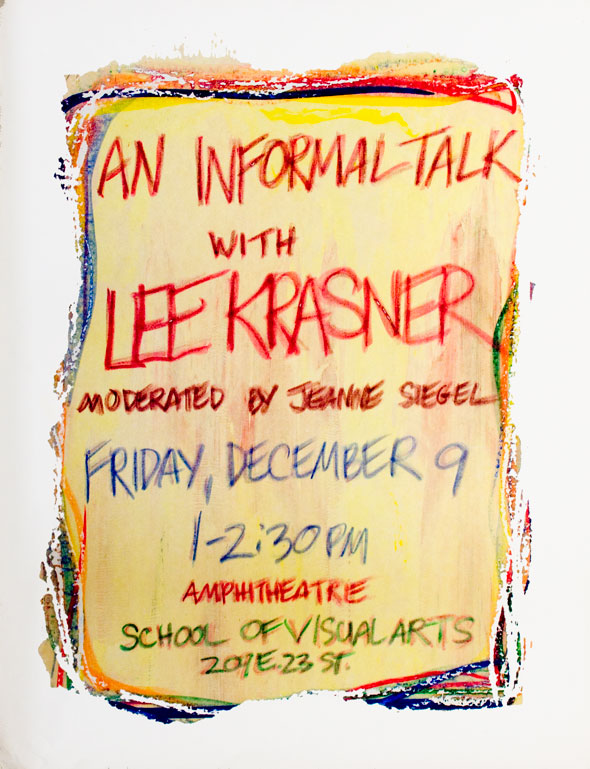 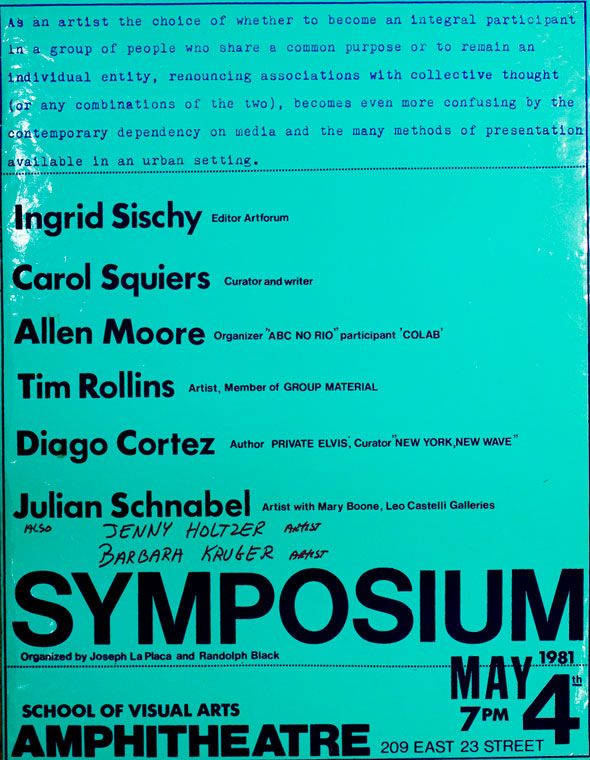 Oh look who they almost forgot there. More posters for a Fine Arts Film Series next week.