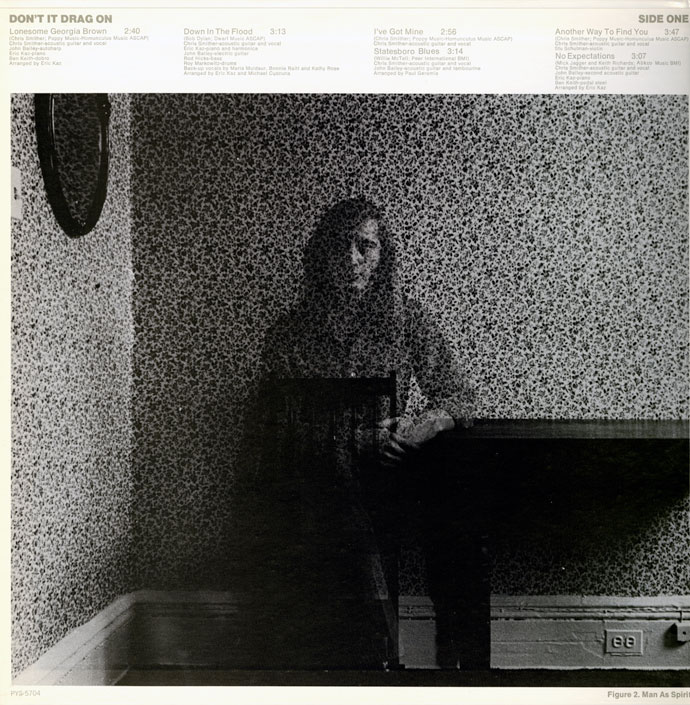 Don’t it drag on

Milton Glaser teamed with celebrated photographer Duane Michals in 1972 to create this metaphysical album cover for bluesy folkie Chris Smither. It features one of Michals’s signature photo sequences (in another example of the guy-at-a-table sub-genre of album cover design for Poppy Records), with Smither photographed in each of the “Four Conditions of Man”: Man as Animal, Man as Spirit, Man as Energy, and Man as God. 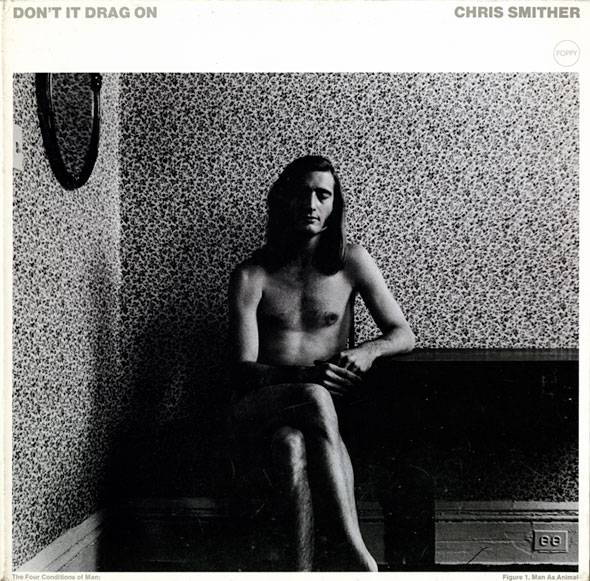 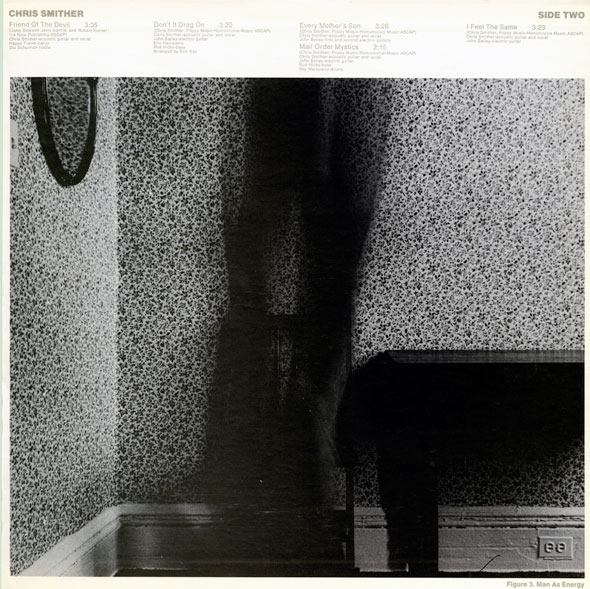 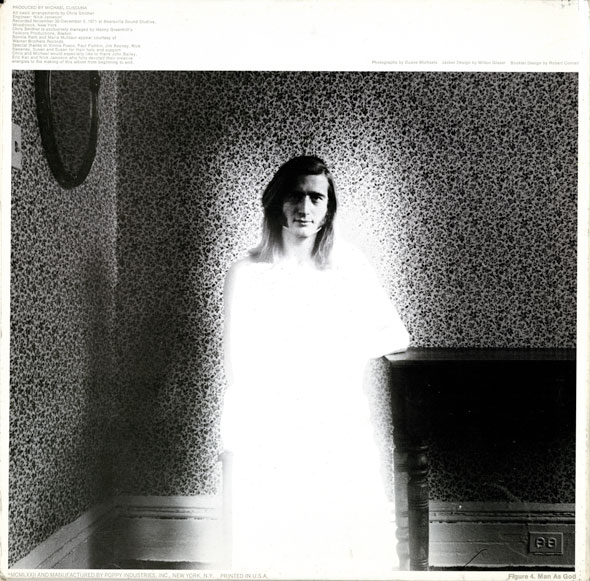 Michals describes his preoccupations and practices in Real Dreams: Photo Stories by Duane Michals (Addison House, 1976), where the Smither photo series is reprinted:

We’re all afraid of dying. We’ve already died. Look at your high school graduation picture, he’s dead… Just now you died… We are all a mental construction. Change our chemistry, our point of reference and reality changes… I am a professional photographer and a spiritual dilettante; I would prefer to be a professional mystic and a dilettante photographer. None of my photographs would have existed without my inventing them. These are not accidental encounters, witnessed on the street. I am responsible… I am not interested in the perfect print. I am interested in a perfect idea.

The cinematic style and spiritual imagery, breathtaking as it is, is a strange fit for Smither, who sings with equal parts practicality and yearning, rooted in familiar experience. In fact, Smither’s skepticism comes through explicitly on “Mail Order Mystics,” a track from Don’t It Drag On. Still, maybe the low-key Smither ultimately benefited from a little magic.