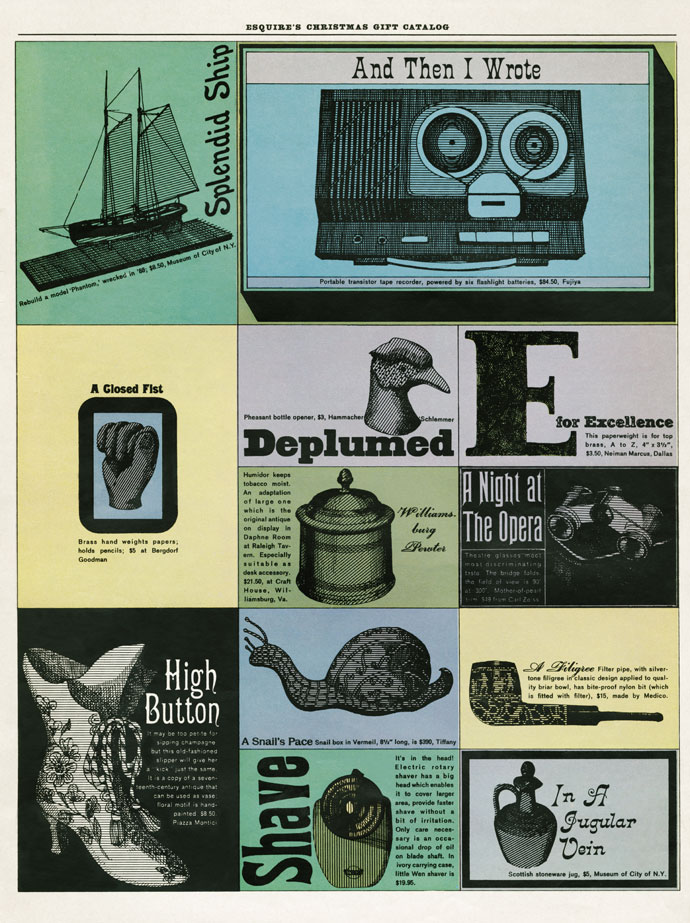 This piece was designed by Seymour Chwast and Milton Glaser and illustrated by fellow Push Pin Studio member Isadore Seltzer. Seltzer had worked on the west coast before heading east, but his sensibility fit in nicely with that of his colleagues. Like other early Push Pin work, Seltzer’s illustrations drew inspiration from the Victorian period but maintained an irreverent sense of humor. The catalog offers an attack bomber that “… flies 35 m.p.h., [and] drops a bomb while over the target! Army A-24 has big 22” wing span.” Also available: an electric commercial-grade shoe polisher (“No stooping or bending, no soiled hands. Great service for guests.”), a vase shaped like a seventeenth-century woman’s shoe, and a pair of gold leather-bound matchboxes enhanced with Limoges cameos of Napoleon and Josephine. 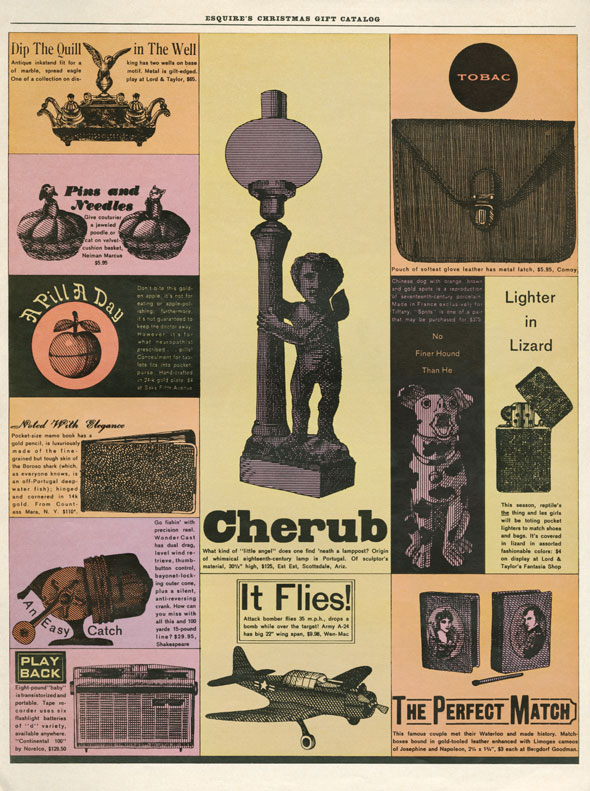 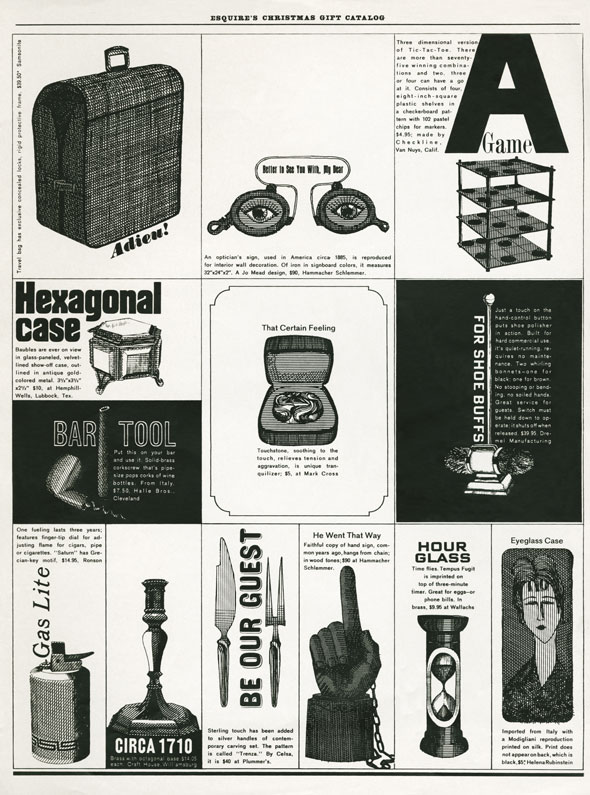