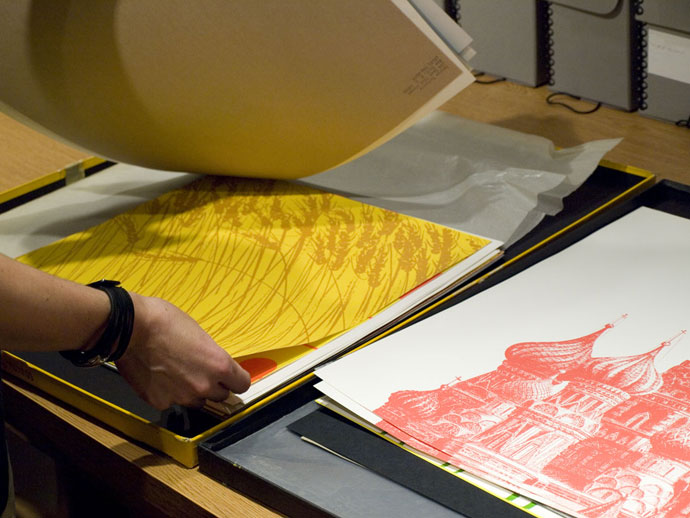 During the early 1970s, [he] worked for a strong decision-maker at Pan American Airways, about whom he says, “When I came to this country, I had an image from the movies of what an American businessman is like. It was Cary Grant, who always had his feet up on the desk, made quick decisions and had a good sense of humor. My first client, who matched those specifications turned out to be, to my surprise, an Englishman. He was so astute that his decisions were right 95 percent of the time, which in a starchy company like that, was quite a feat.” Together they “churned out graphic stuff like mad,” including an innovative series of modular display panels used by travel agencies to promote Pan Am’s vacation spots. This was an opportunity for Tscherny to play with his own “short-hand drawings,” as well as with original photographs he had taken on his travels. He also worked on Pan Am’s Puerto Rico campaign. “Pan Am had had the exclusive route to Puerto Rico for years,” he explains. “And they became quite arrogant until faced with competition from American Airlines, when all those passengers who had been mistreated for many years switched their loyalties. I had to convince Pan Am that good advertising and promotion are senseless unless the airline treats the customer with respect.” The human element, Tscherny felt, was the key to improving Pan Am’s public image. And concern for the customer was underscored by Tscherny’s designs, which included print promotions, airline terminal displays and a float for the Puerto Rican day parade, all influenced by the country’s folk arts interpreted in a modern idiom. 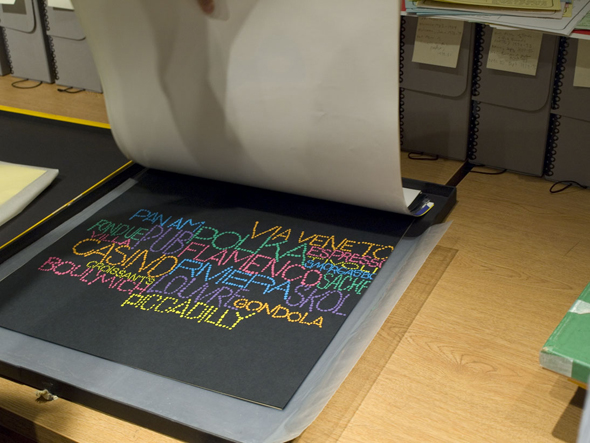 An amazing range of images used in the modular airline terminal displays. 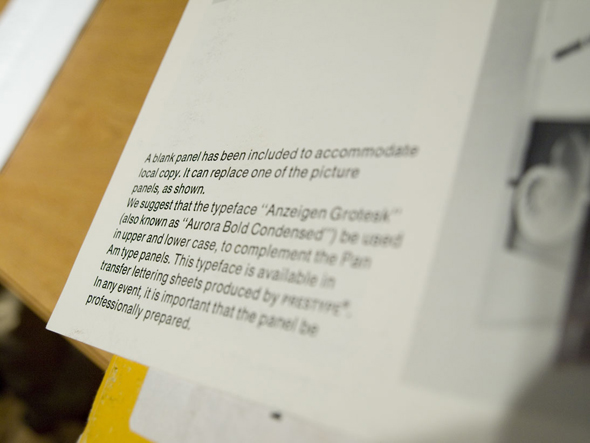 Some old Akzidenz Grotesk versions described in the implementation manual. 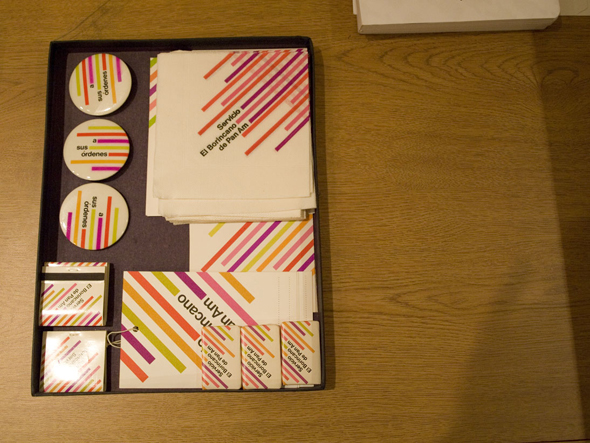 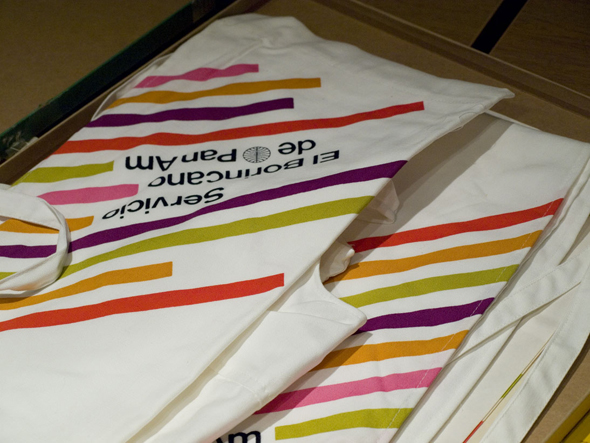 A suite of striped Pan Am courtesy items: buttons, matchbooks, napkins, soap bars; as well as our first encounter (to my knowledge) with the special circumstances associated with archiving aprons.