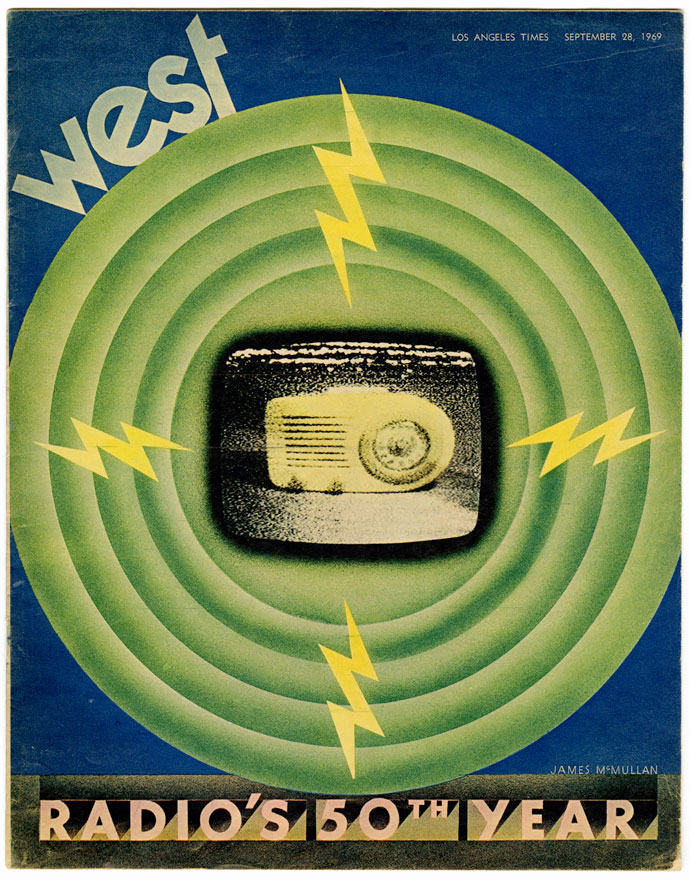 West magazine was launched in 1967 as a weekly supplement to the Los Angeles Times, but it really began to develop its singular graphic identity in 1968 when editor Jim Bellows persuaded Mike Salisbury to become art director. (For an excellent overview of the magazine’s short but influential life (1967-1972), see Steve Heller’s piece from Design Observer.) Lots of great designers and illustrators did work for the magazine, including Milton Glaser, Edward Sorel, Jon Van Hamersveld, and James McMullan. McMullan was responsible for the striking graphic for a cover story on fifty years of radio (above), but more reflective of his work are the arresting and delicate (as well as unexpectedly compositionally similar) illustrations for articles on Hawaii and Angela Davis. 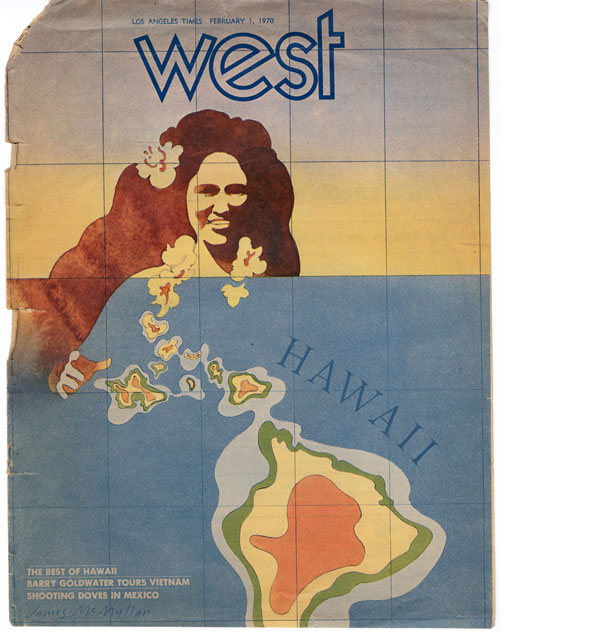 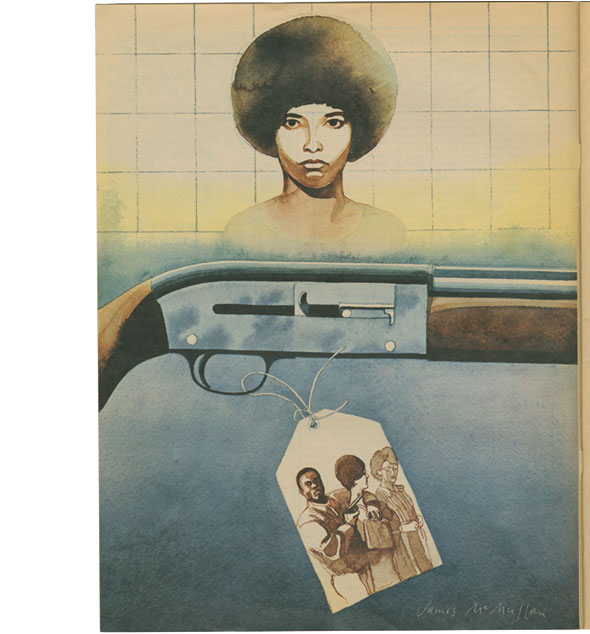