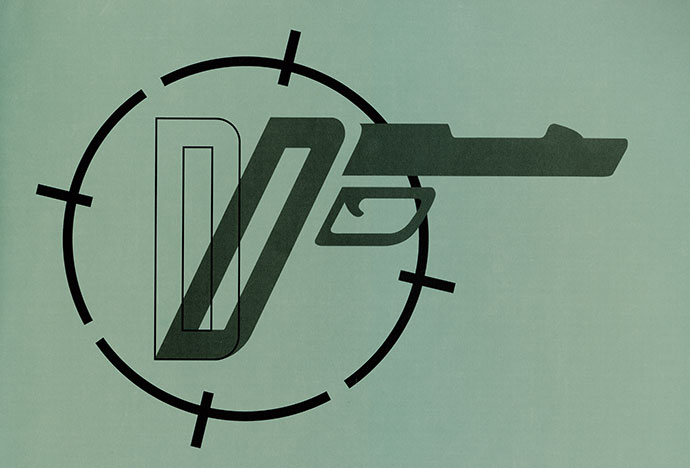 Malcolm Garrett was the subject of “Ulterior Motifs: An Exhibition of Graphic Devices 1977-1993,” an exhibition held at SVA in 1993 that featured Garrett’s logotypes for clients in the music, publishing, and retail industries. Garrett’s work, rooted in pictograms and industrial hazard symbols, was first seen on the Buzzcocks’ 1977 Orgasm Addict, which Garrett designed while he was still a student at Manchester Polytechnic. In the 1980s, he would design the graphic identity of Duran Duran, Culture Club, and Simple Minds. Garrett was an early proponent of digital design, creating his bitmapped type on a Mac. Though the exhibition featured some examples of final designs in vitrines, the underlying concept was to let the symbols stand on their own.