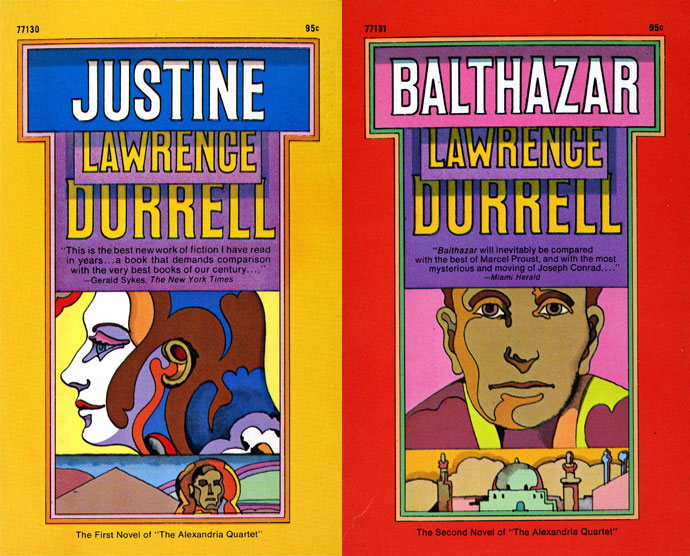 I’m always interested to see how different artists interpret of the same source material. Zach featured James McMullan’s boxed Alexandria Quartet some months ago, but I’d forgotten that Milton Glaser also created book jackets for at least two volumes (Justine and Balthazar) of Lawrence Durrell’s tetrology for Pocket Books in 1969; I can’t determine whether he also designed jackets for Clea and Mountolive.

While McMullan’s work from the early 1960s is close in spirit to the evocative illustration of his colleagues Robert Weaver and Jerome Martin, Glaser’s late 1960s take shows a pop/psych style then at its height. The art is very much in keeping with other work that Glaser was doing at the time, with its flowing curvilinear lines and high contrast colors, which also, intentional or not, indicate some churning emotional content.