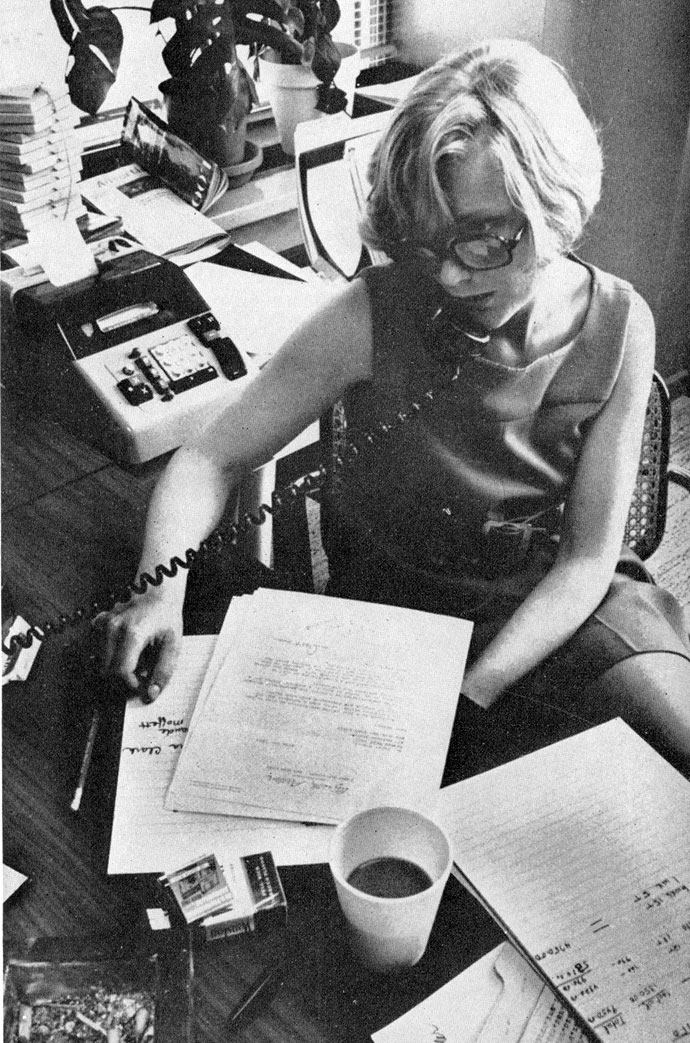 Madison Avenue in the 1960s

A delightfully complete account of the working equipment you would find any media director appointed with in 1969: half-full polystyrene cup of coffee, a pack of unfiltered Winstons, an issue of Look, mammoth adding machine, legal pad (written margin-to-margin), WE 302 phone, and a couple of potted plants.

The caption reads, “Trahey/Wolf media director Sandy Kiersky. Although heavily in print media, [the] agency is now venturing into TV for clients like Neiman-Marcus.” Madison Avenue was geared towards ad guys, and was run at interrupted intervals with the help of Warner, Bicking & Fenwick; Young & Rubicam; Foote, Cone & Belding, and other concatenated companies. The cover: 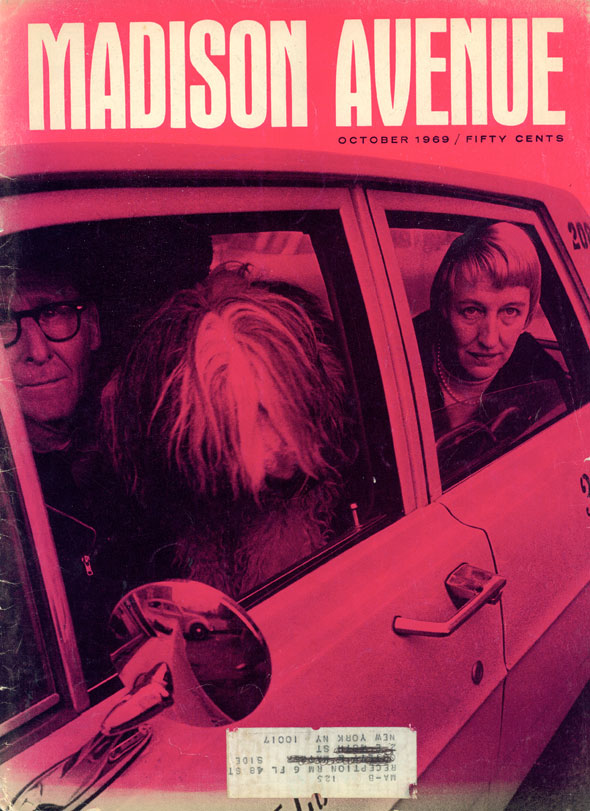 While she’s busy working, Henry Wolf himself takes some time out on the Mies-style couch in the vice president’s office. 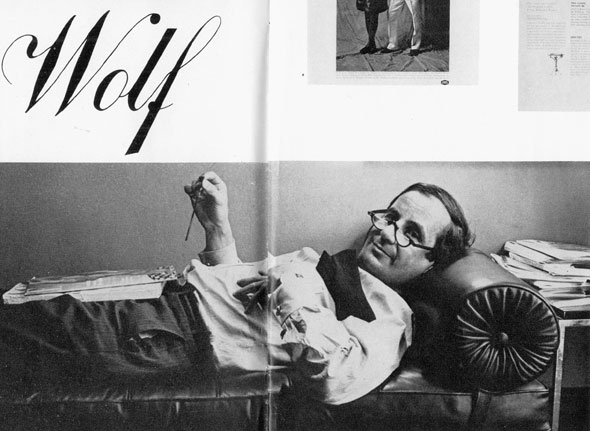 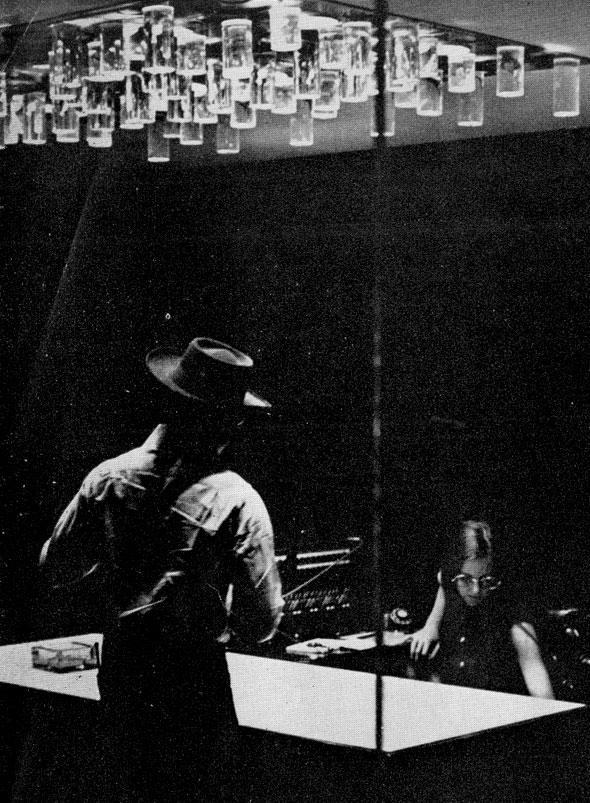 No mid-century agency would be complete without an expressionistic light fixture in the reception room.