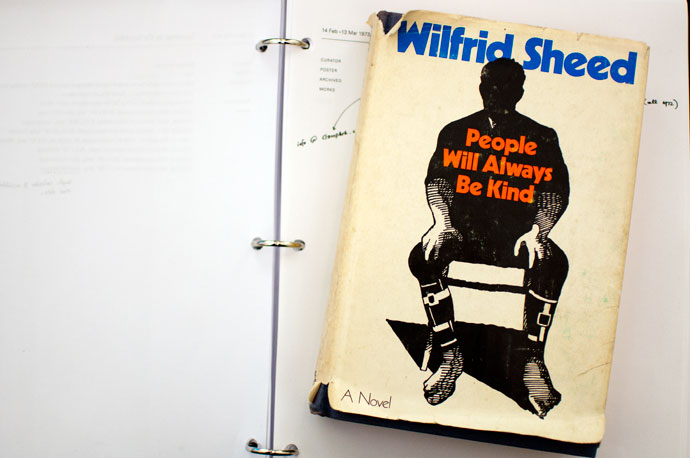 Man in the shadows

Wilfrid Sheed, who died in 2011, was a sharp, flinty prose stylist too often overshadowed by his more explicitly experimental or social-commentary-oriented contemporaries. The acerbic flavor of his art may be best enjoyed in Max Jamison (1970). The next novel, People Will Always Be Kind (named after a line in a Siegfried Sassoon poem) was less heralded but continued to refine his style and adapt it to the world around him (somewhat comparably to Saul Bellow’s middle work). In Dwight Garner’s sensitive appreciation, he emphasizes Sheed’s biting essay style:

“Mushy reviews are a breach of faith,” he declared, and the skin on his compositions was salt-crusted. One review began: “Of Ezra Pound, as of Bobby Fischer, all that can decently be said is that his colleagues admire him.” Another began this way: “Scott Fitzgerald is a sound you like to hear at certain times of the day, say at four in the afternoon and again late at night, and at other times it makes you slightly sick.” Another stated: “Books about suicide make lousy gifts.”

He wanted to live in a world in which one could find “Gershwin playing all night in penthouses, while George Kaufman fired one-liners into the guests and Harpo scrambled eggs in their hats.” Milton Glaser’s cover, with its punchy color combined with austere but evocative line, seems neatly suited to such a world.