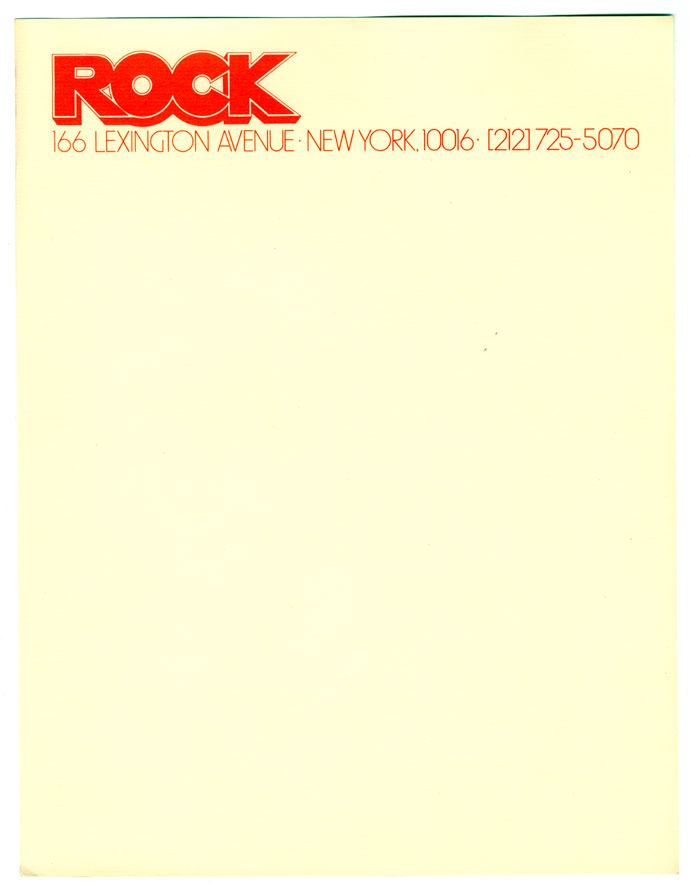 Notes from the underground

This small group of letterhead from Steve Heller is of special interest to me since it gives a feeling of permanence to the ephemeral design work done for newsprint magazines. Seeing the stationery for an underground publication removes a bit of the anti-establishment cachet; it implies a permanent location, mundane office life.

Rock magazine was a New York-based biweekly founded by Larry Marshak. Heller was art director there and the logo is of the substantial 3-D variety, a la Baby Fat. Rock gave generous coverage to critical favorites like Frank Zappa, John Cale, and Steven Stills but editor Marshak found himself in a bit of trouble almost 30 years later. 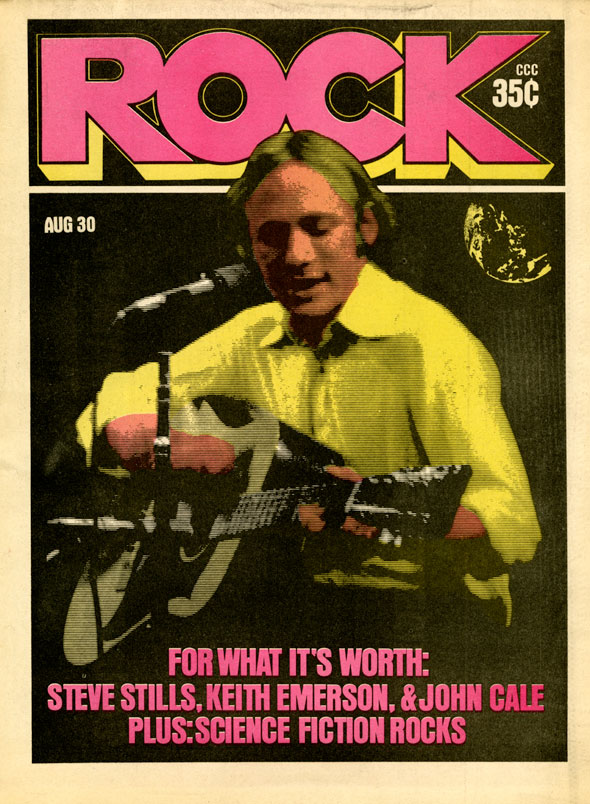 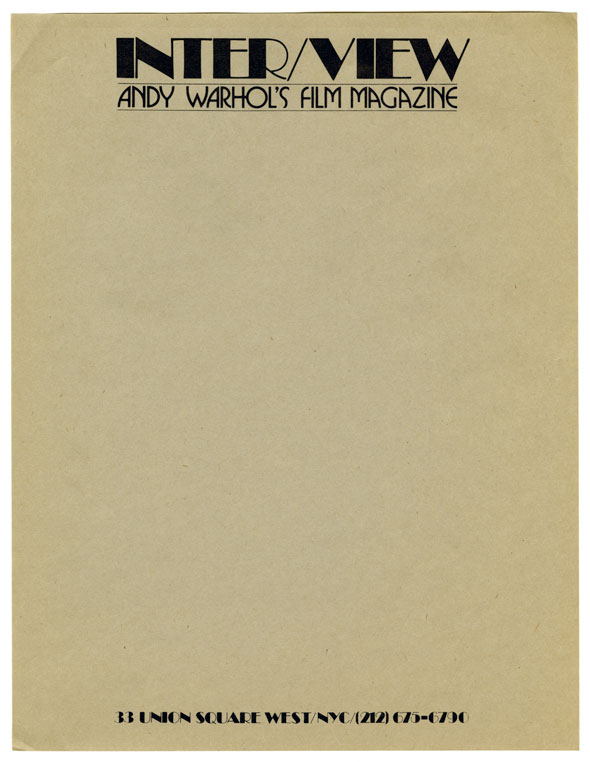 Heller did a short stint as layout designer for legendary Interview in 1971 and redesigned the magazine that year. He’s not so fond of the typographic choices he made for the logo (an Art Deco Broadway and Busorama type combo), but his design did last for 6 issues. From AIGA:

At least Andy should have vetted my typographic choices for reasons that will become obvious. Before becoming America’s leading artist he was, after all, an accomplished graphic designer/illustrator (with a distinctive hand-lettering style) and should have been the first to realize that my pairing of art deco Broadway type for the nameplate Inter/view and the curvaceous Busorama typeface as the subtitle “Andy Warhol’s Film Magazine” was one of the dumbest combinations ever. In addition to being slavishly retro and therefore inappropriate for a progressive journal, the two faces lacked any harmony whatsoever. Add to that the heavy oxford rules I placed at the top and bottom of each page, and, if I were in charge I would have fired the designer. But no one uttered a displeased peep, and the magazine kept my logo for six issues, even after I voluntarily left for another job. Finally, with Vol 2 No. 10 the editors (or maybe Warhol himself) switched to a handwritten version that read Andy Warhol’s Interview. And it has more or less been stuck with it on the cover ever since.

Read the rest of Steve’s great piece on his Interview gig here. 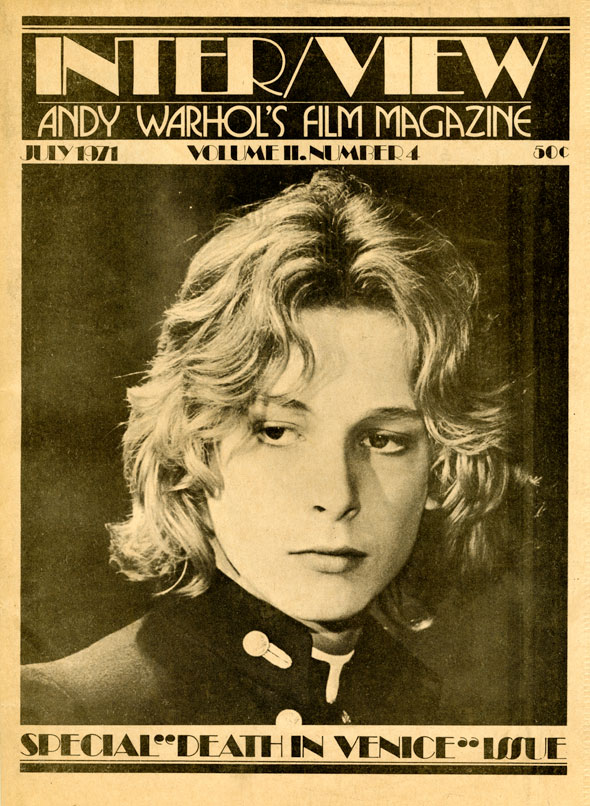 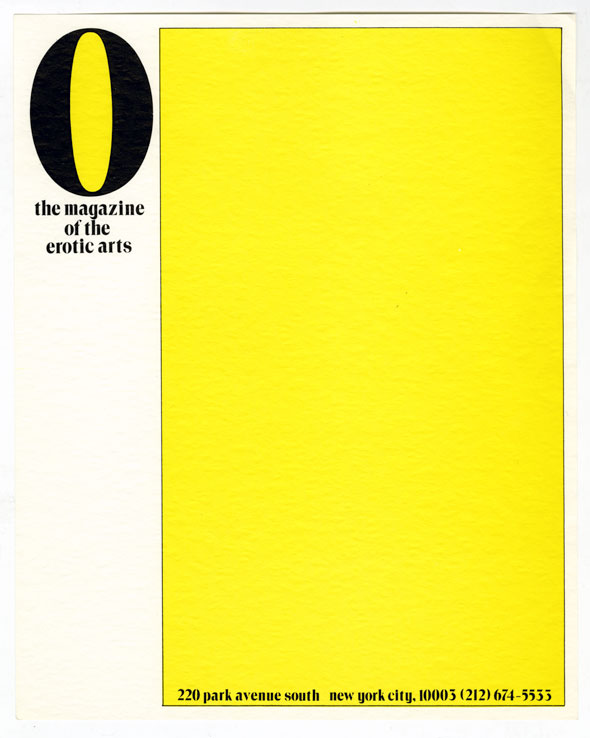 This final sample is for a publication that Heller also art directed but can’t recall if it was ever published (I haven’t found any examples of it). He believes it was to be issued by Maurice Girodias, the French publisher of Olympia press and general transgressive figure. The design manages to be both bluntly suggestive and delicate. In any case, I’m sure Oprah’s lawyers will be getting a phone call.