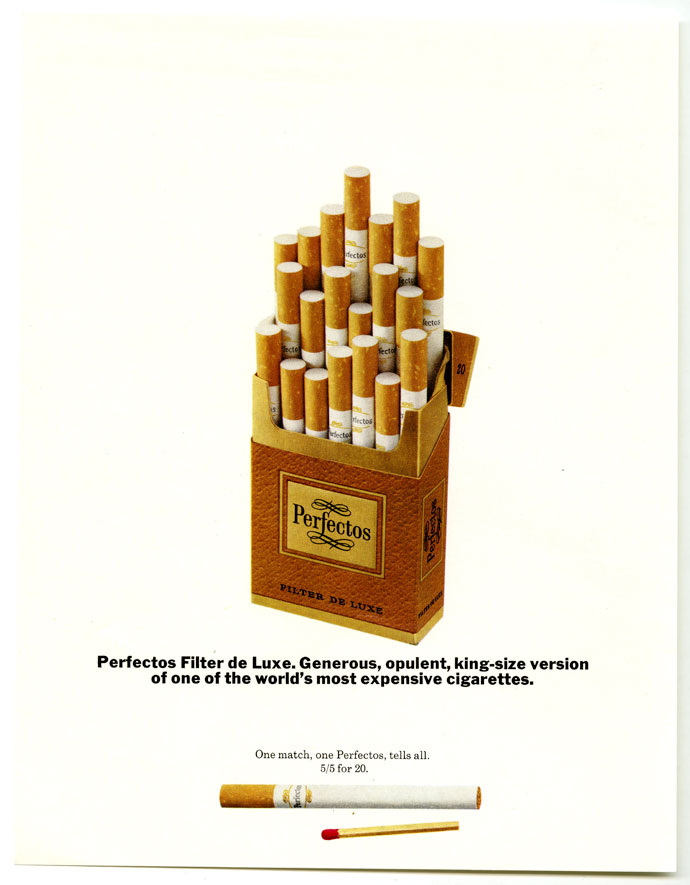 These Perfectos cigarette ads, designed by Tony Palladino in 1965, caught my attention because they’re so markedly different in style from the typical tobacco ads of the 1960s, which frequently featured photos of happy smokers and were generally busy with text and image. Running with the knowing voice, simple layout, and striking single-concept approach of pioneering advertising agencies like Doyle Dane Bernbach and Papert Koenig Lois, Palladino’s designs make no mention of the product’s taste, instead appealing directly to the (clearly male) status-conscious smoker, with the package’s faux-leather finish and boast of exclusivity. (George Tscherny’s designs for L&M cigarettes in the late 60s (here and here) also emphasized luxury, aimed at the female smoker, though without placing a premium on brand identification.) 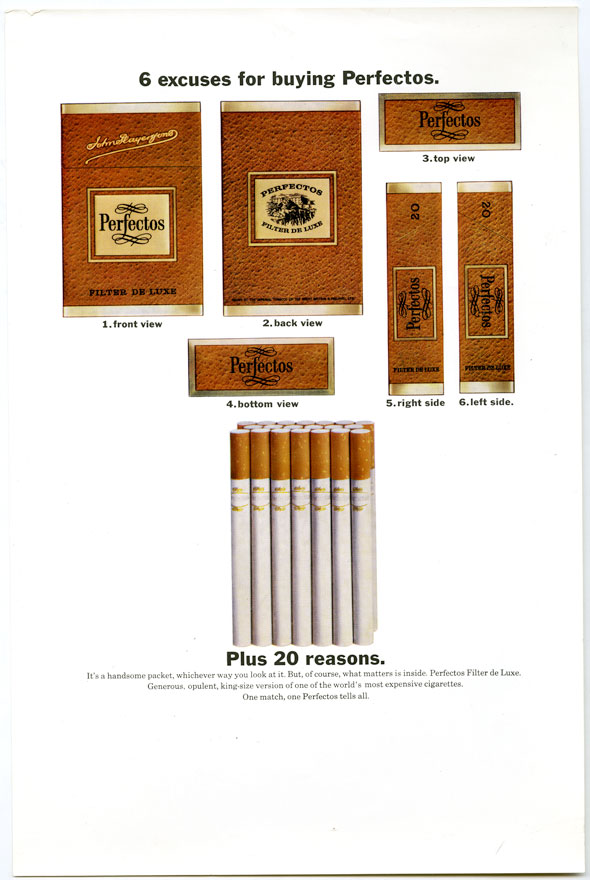 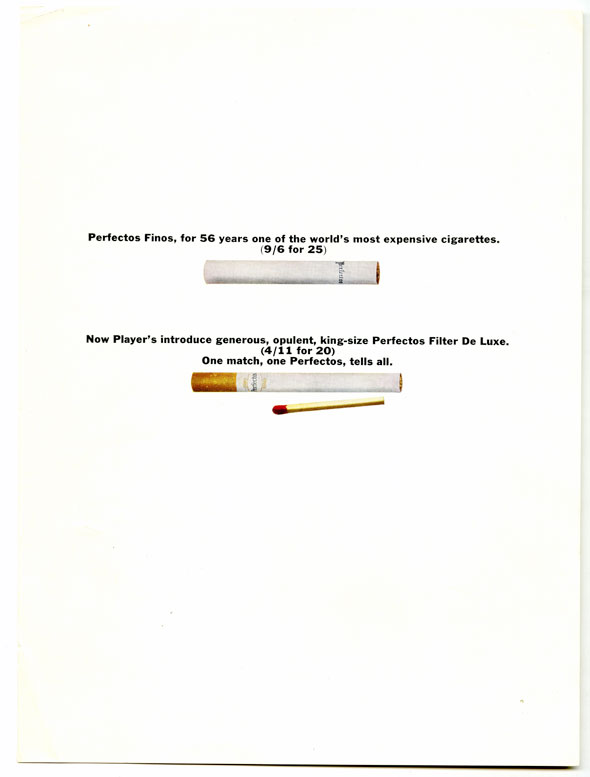 The ad at top features a popular image in 60s tobacco advertising, the open pack (which in this case brings to mind a particularly deadly order of french fries). The staggered cigarettes look like actual smokestacks to me (see also Philip Morris’ imposing Manufacturing Center, below). Since mandatory health warnings were shortly down the road, it was probably not an association tobacco companies later wished to encourage. 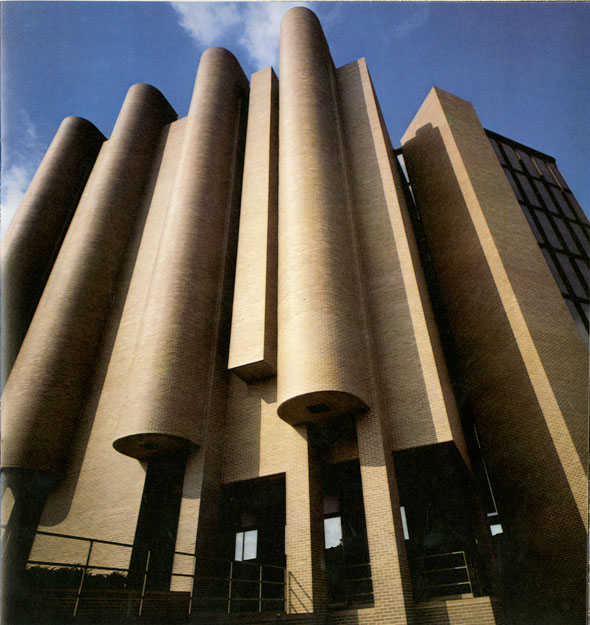