Ten years before the rise of the supermarket generic brand, Champion Papers produced these colorful packaging designs for a series of print advertisements.

This particular one appeared in a 1968 issue of CA Magazine (part of the Henry Wolf Collection), but was part of a long series promoting the Imagination line of papers, which was produced under the creative direction of James Miho. No explicit credit is given for the graphics here, but in this fecund period he worked with George Tscherny, Milton Glaser, Henry Wolf and others on elaborate promotional brochures, which won numerous awards in the industry. 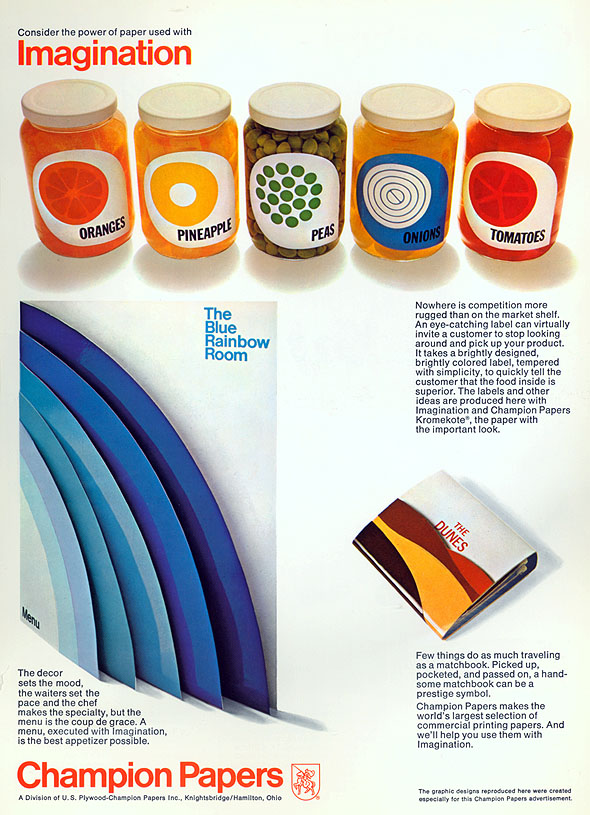 In 1977, Jewel Companies would produce a line of products with plain white packaging, a simple stripe, and sans-serif type describing the contents. Soon every grocery store on the planet would stock some variation on this concept (Milton Glaser did one version for the Grand Union chain). The effect was memorably spoofed in Alan Cox’s Repo Man (1984), which used only generics. In one scene, Emilio Esteves enjoys a can of FOOD—MEAT FLAVORED.