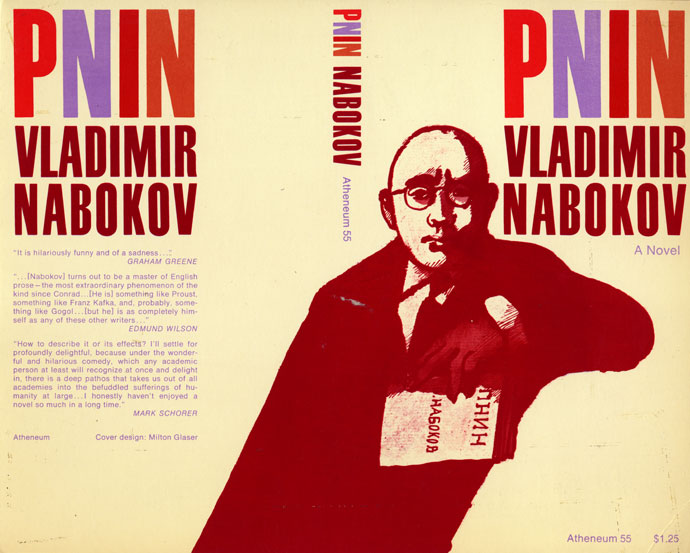 In February, Beth wrote about James McMullan’s illustrations for Vladimir Nabokov’s novella Transparent Things, which first appeared in Esquire in 1971. I was at East Village Books a couple of weeks ago and stumbled upon a first edition hardcover of Nabokov’s Pnin with this Milton Glaser cover: 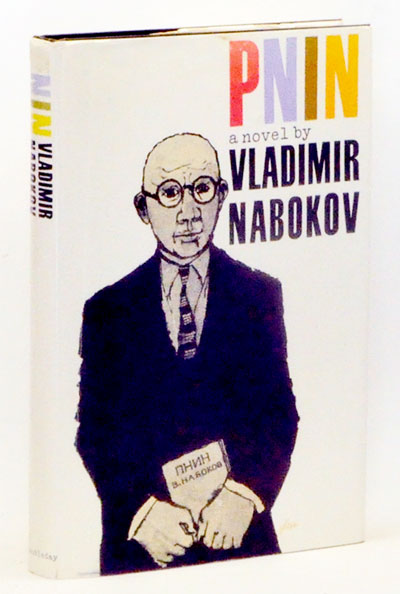 Which, weirdly, I didn’t think I’d seen before. And sure enough when I checked, I found the Archives only has the paperback version from around ten years later (top of the post; after that long duration Pnin seems to have adopted a more relaxed pose). The sketches didn’t make it into our collection, so I don’t know if the art for this later paperback edition was sourced from the same sketches or not (but looks like it was?). 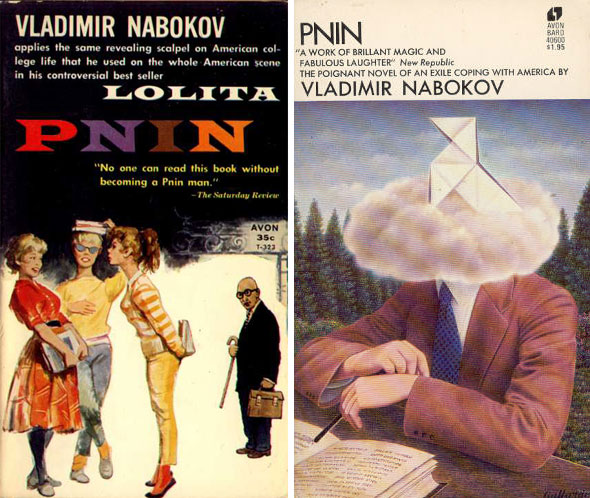 In an early mass-market paperback by Avon, most of the same personal characteristics reappear, but Pnin seems to be an afterthought next to some pulpy co-eds. Later, Avon would also do a Magritte-like version that seems to me would work well for a number of books by Italo Calvino.

So at least two Push Pin guys got assigned Nabokov, who was apparently rather particular about his cover images. It’s not available online, but in McSweeney’s 4, Paul Maliszewski wrote about some relations between the author and his designers. Glaser, apparently, was one he approved of:

Glaser recalled it was an extraordinary experience for him, chiefly because Nabokov had such a precise idea of what his character looked like. [Nabokov had included, in a letter to Glaser, pictures of Russian men for Glaser to refer to as he worked.] “Russian men in public life — soldiers, diplomats, etc.,” Glaser recalled. “My memory,” he said, “which is faulty at best, recalls that most of these clippings were from Russian newspapers and periodicals and that Cyrillic characters were visible.”

One special request from Nabokov: Pnin should be holding a book that reads ПНИН / В.НАБОКОВ, or this very book (in Russian).