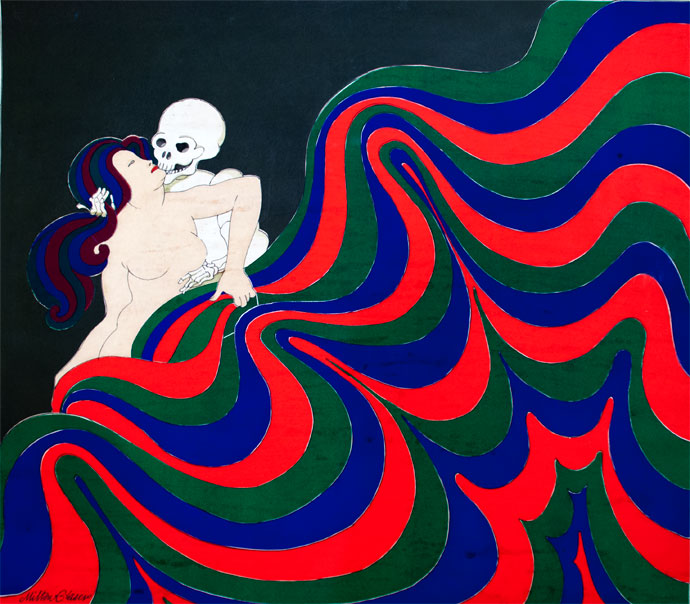 Forever potent and still open to interpretation despite its ubiquity, the skeleton has surfaced many times in the early work of Milton Glaser. Glaser has exploited its (sometimes comic) menace with both expressive rendering and exploration of the shape of the skull. His art for Schubert’s “Death and the Maiden”, which would make an excellent album cover for several other musical genres, incorporates powerful swirls of flat color similar to his Dylan poster, but to a vastly different effect.

Below, a sketch and the printed final work for a magazine article on the economics of the international drug trade. 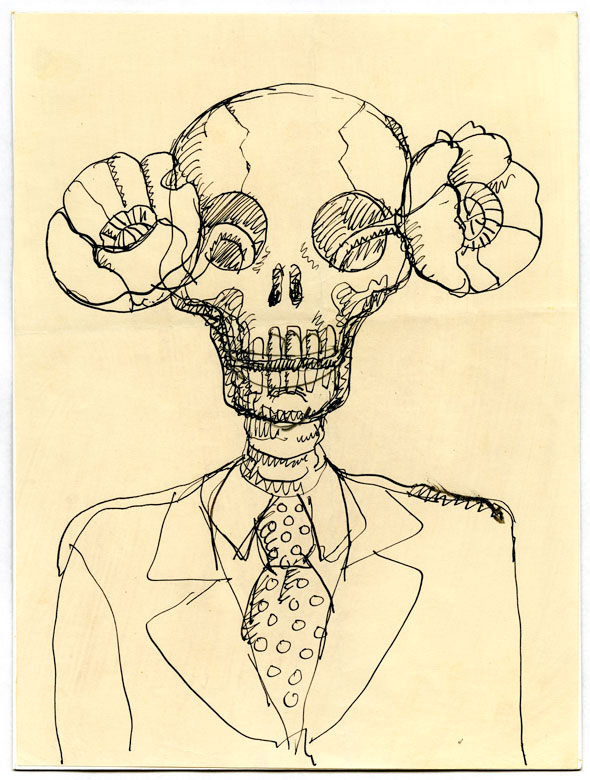 And hey, a couple of poppies are growing out of that skull. 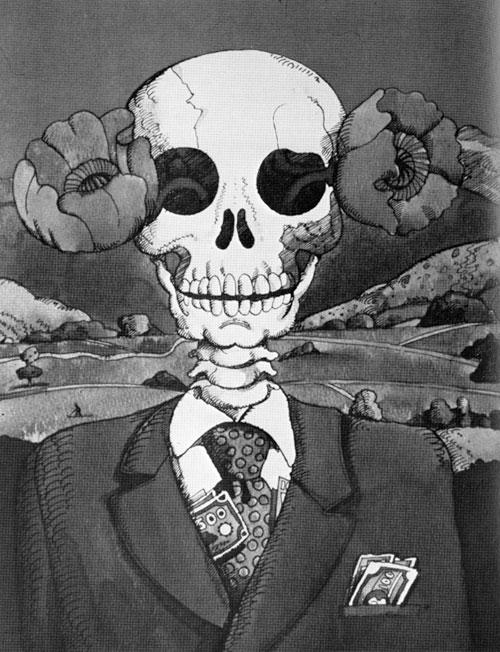 For the great iceberg lettuce boycott of the early 1970s (entering the 1972 Democratic National Convention, Ted Kennedy welcomed the crowd with “Greetings, fellow lettuce boycotters!”), Glaser sketched one threatening head of lettuce. I’m not sure this art ever made it into production, but he used a similar idea for the grape boycott a few years earlier. 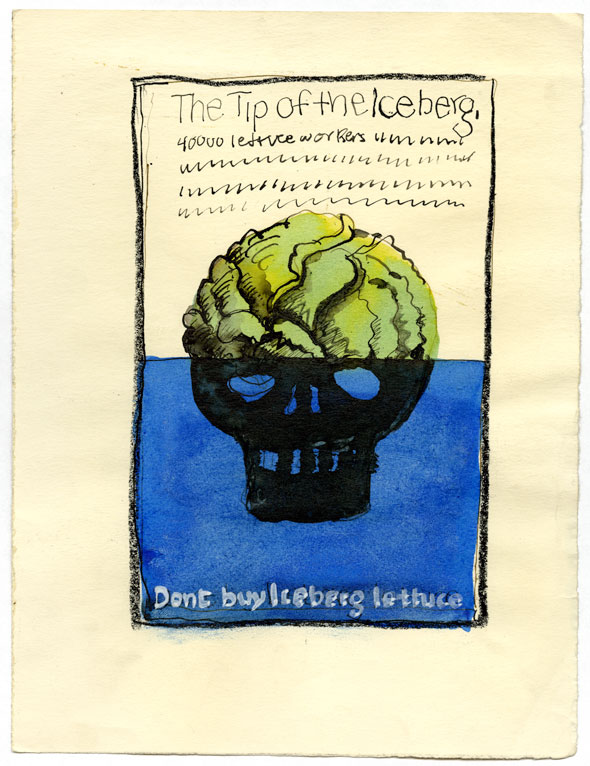 Finally, a sketch and printed final piece from an unidentified publication. 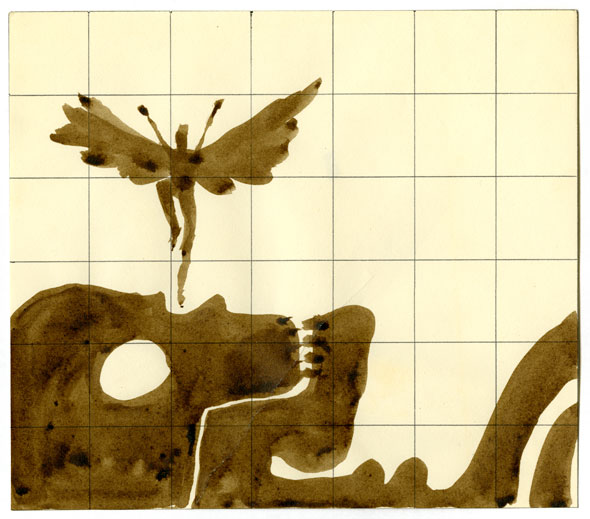 Glaser traded in the gestural fairy of his sketch for a more traditional version. 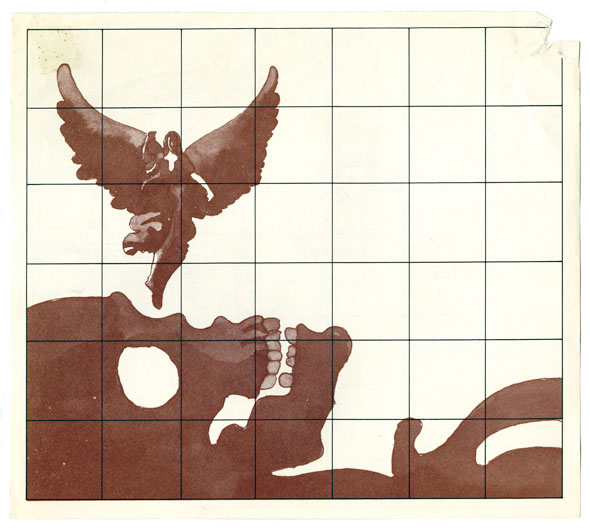